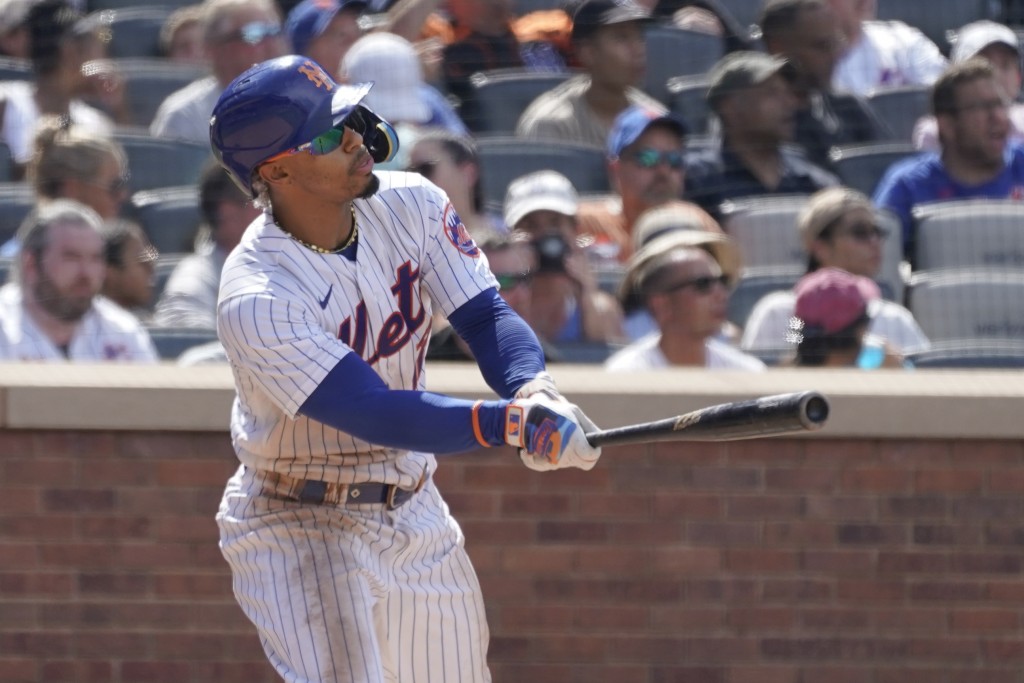 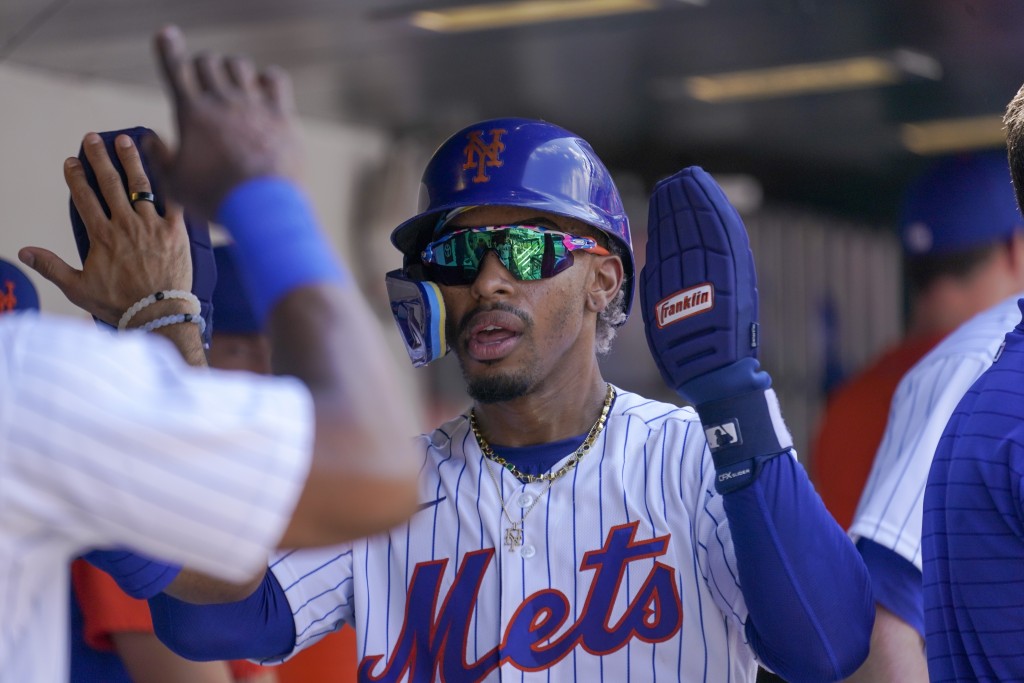 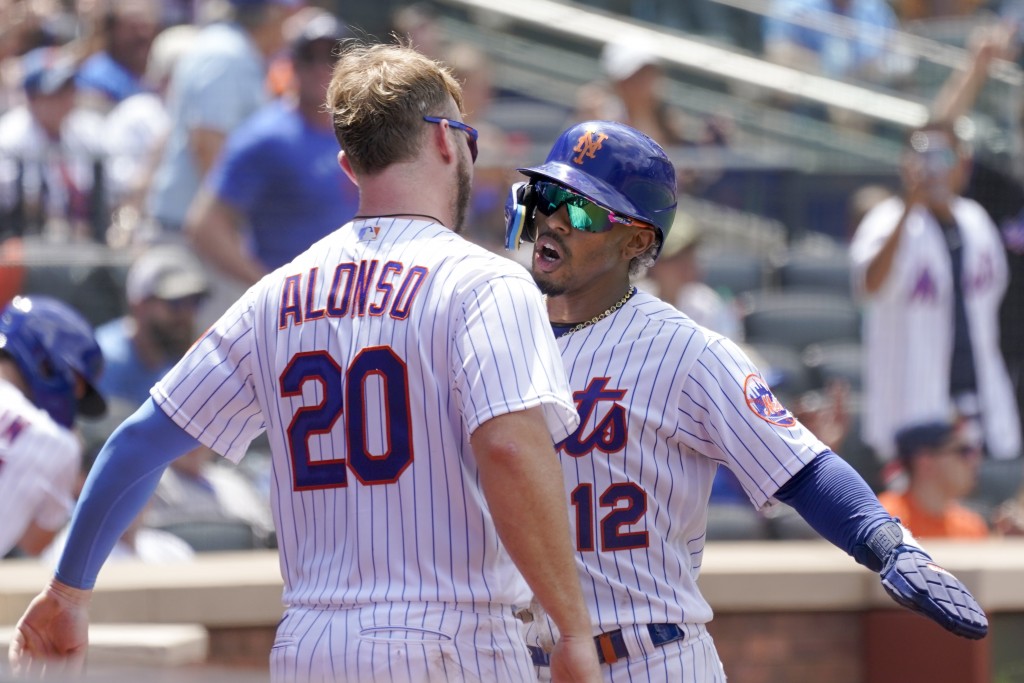 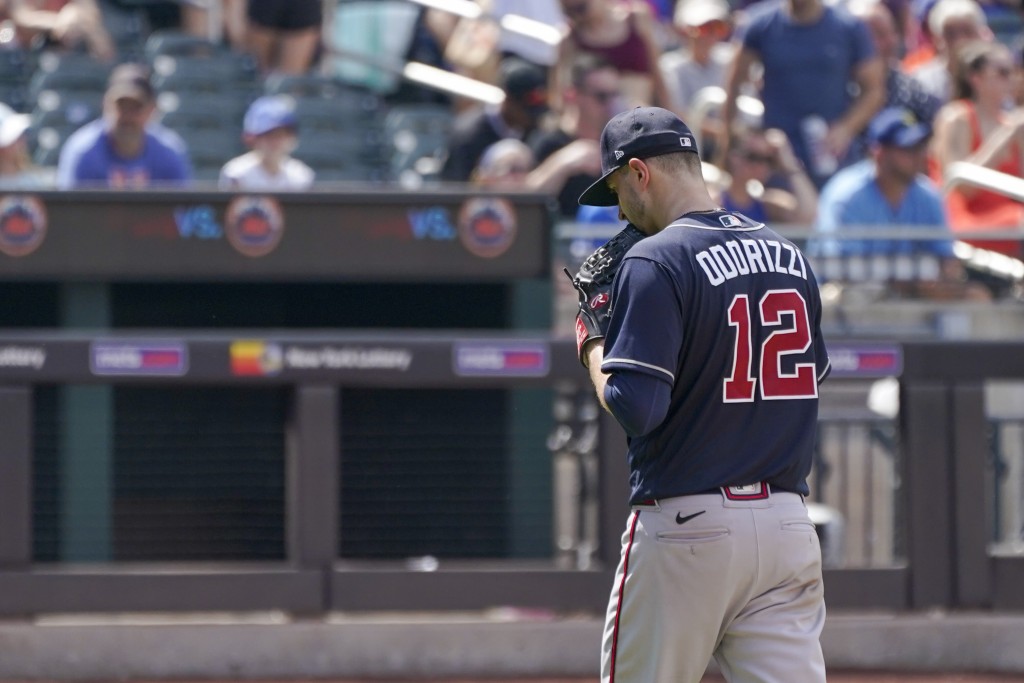 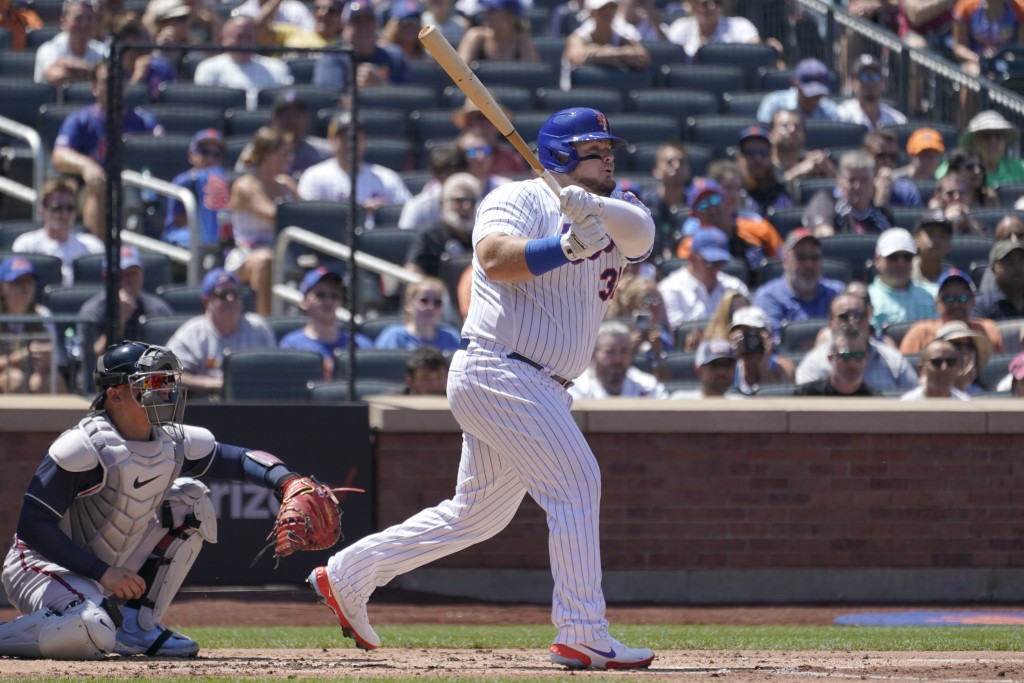 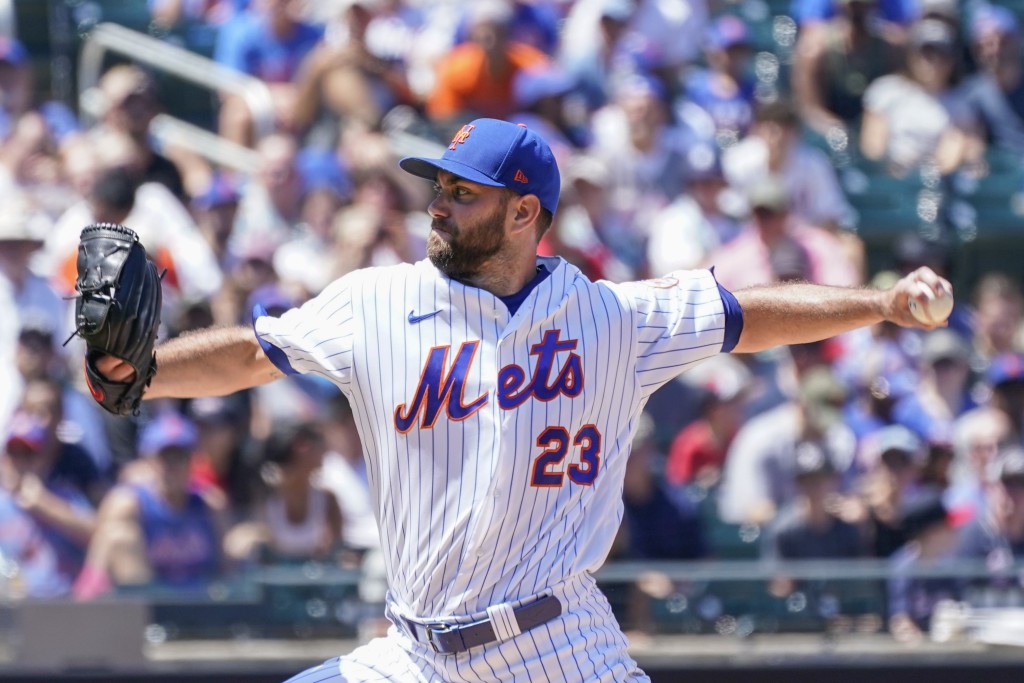 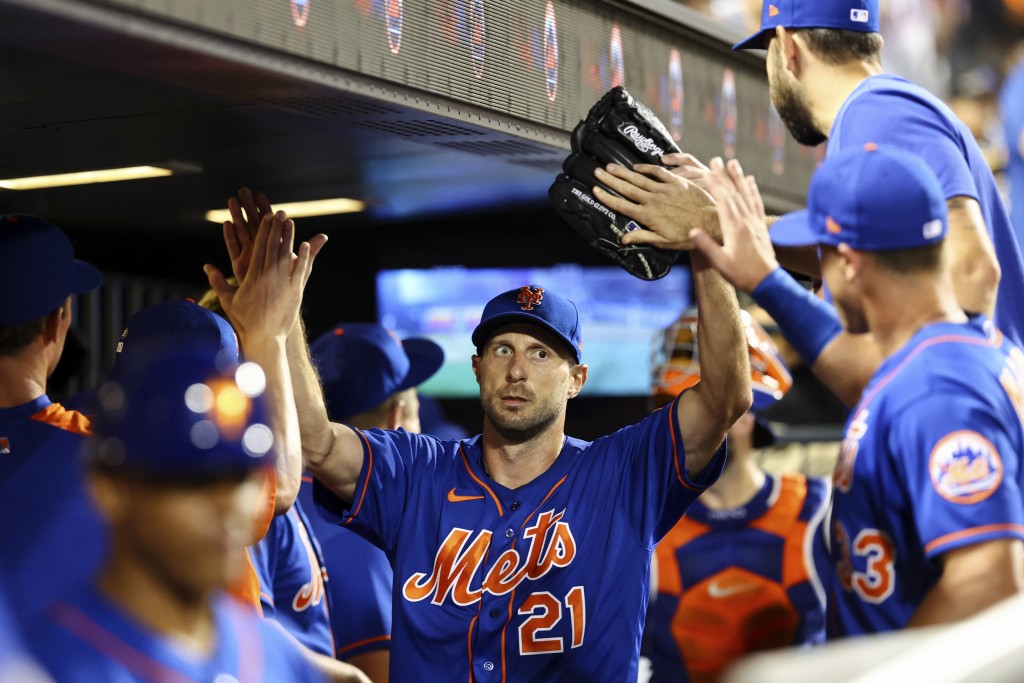 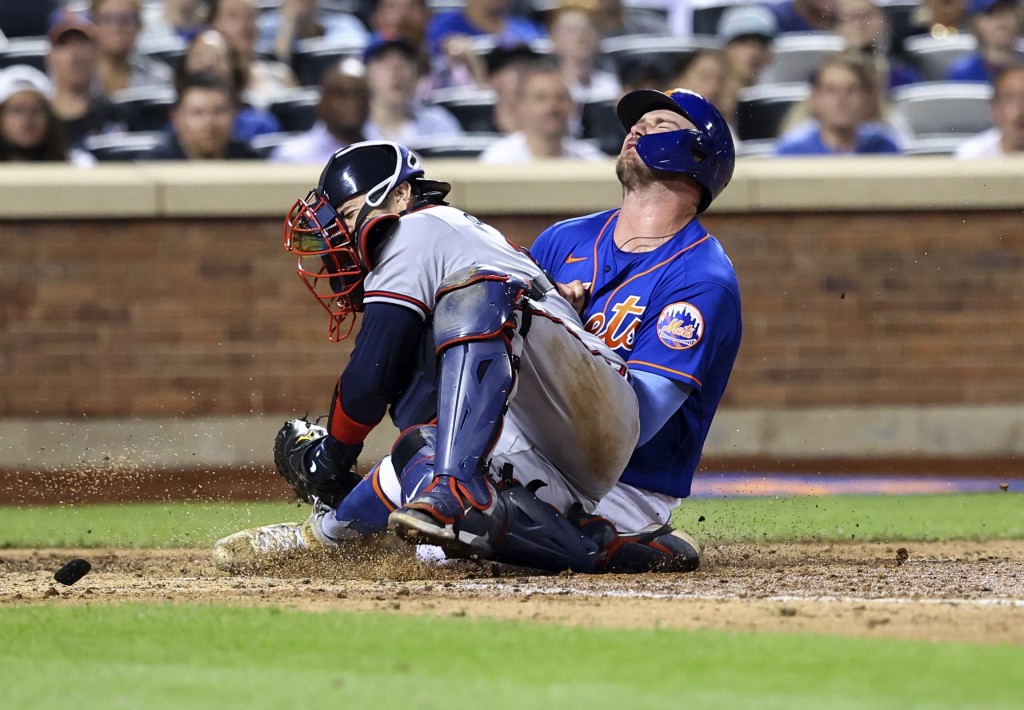 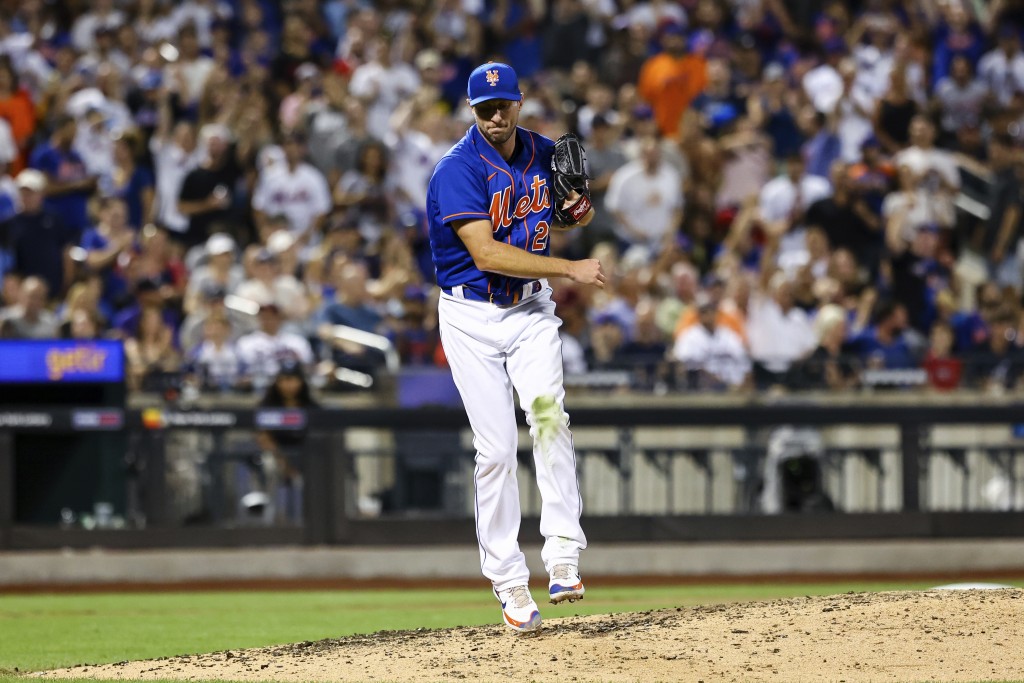 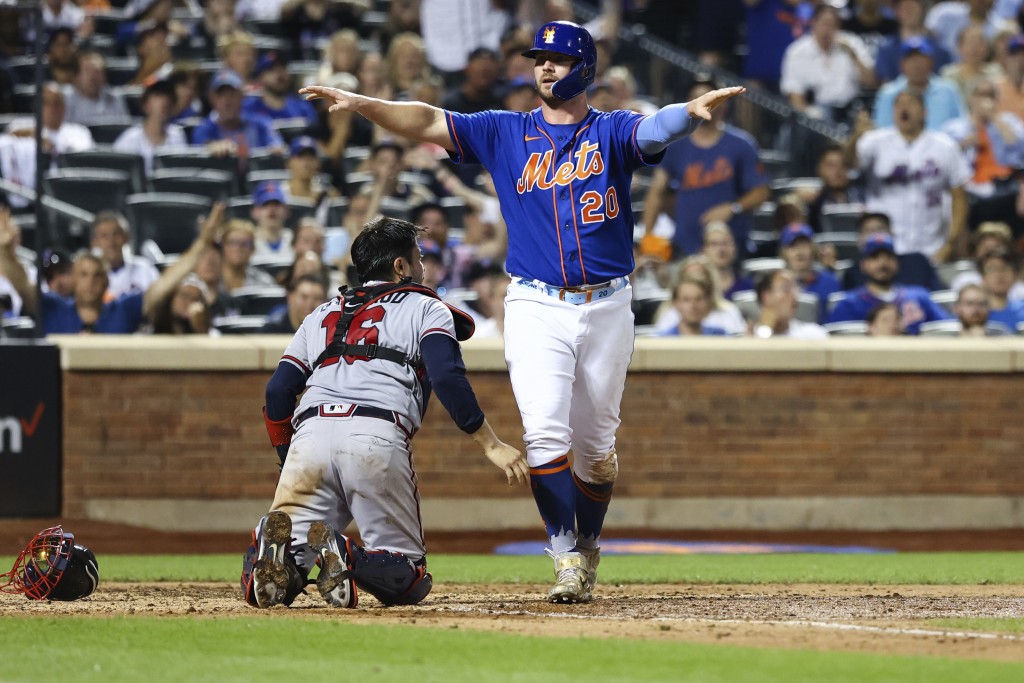 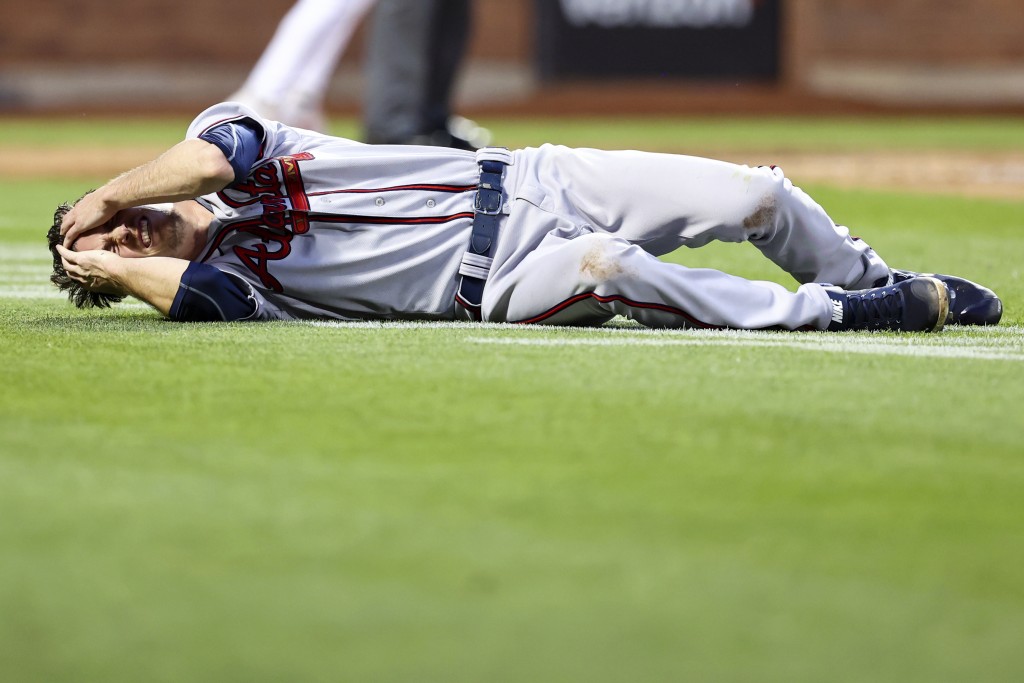 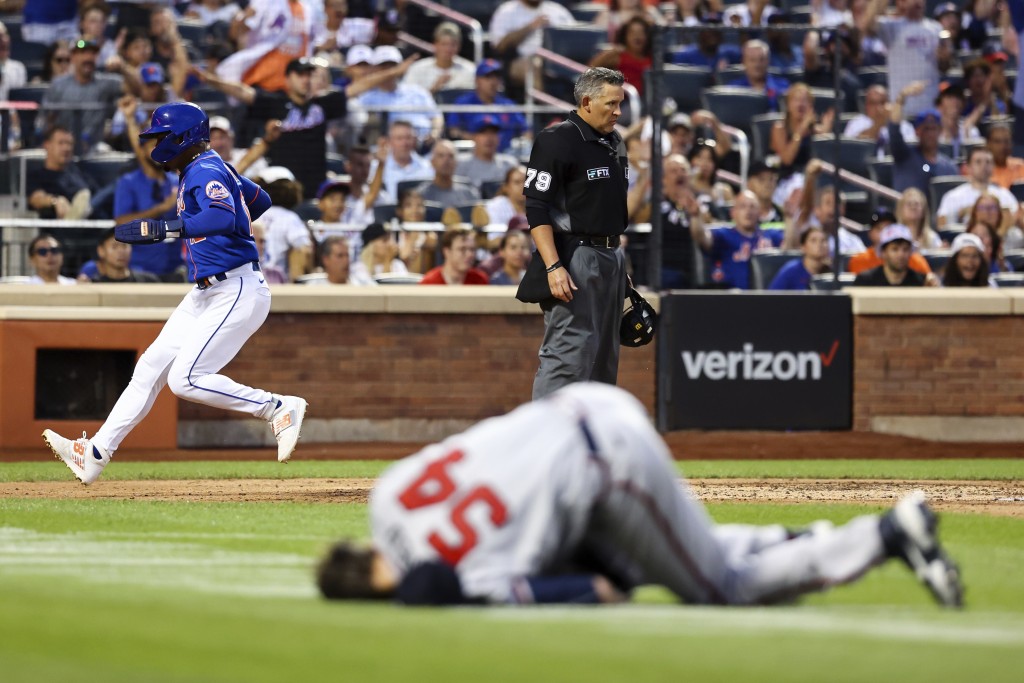 Francisco Lindor had three hits and three RBIs as New York took the opener 8-5, and the Mets stretched their NL East lead to 5 1/2 games.

Mets fans taunted the second-place Braves in the ninth inning of Game 2 by performing the tomahawk chop, a tradition at games in Atlanta despite complaints from some Native American groups that the action is degrading.

Pete Alonso had three singles, including a bases-loaded hit to match Yankees star Aaron Judge for the major legue lead with 93 RBIs. The Mets swept their second doubleheader against Atlanta this season and opened their biggest division lead since June 21.

Lindor reached twice in the late game and scored on shortstop Dansby Swanson’s throwing error while Max Fried (10-4) nearly was injured on the play.

Scherzer (8-2) allowed two doubles to Travis d’Arnaud among four hits. He produced his fourth scoreless outing this season and third since returning from an oblique injury July 5.

Scherzer retired his final nine hitters and impressively ended the seventh. He struck out the side on 15 pitches, getting Eddie Rosario to whiff at a cutter before pinch-hitter William Contreras and Ozuna swung through sliders.

The strikeout to Ozuna pulled Scherzer into a tie for 14th on the career list with former Detroit teammate Justin Verlander at 3,140.

Scherzer recorded his 109th career double-digit strikeout game and fifth this year. He also did not issue a walk for the fourth time this year.

Ronald Acuña Jr hit an RBI single off Mychal Givens in the eighth and Contreras homered in the ninth as Atlanta dropped to 4-7 in the season series against the Mets and committed three errors.

Swanson committed two errors and Riley had a throwing error in the sixth on a soft grounder by Darin Ruf.

After Alonso hit a bloop single, Ruf hit a grounder to first baseman Matt Olson, who got the force at second. Swanson’s return throw caromed off Fried’s chest at first and went into foul territory.

Fried slipped and fell down face-first, and his knees hit the ground hard as attempted to get Lindor at home.

New York scored three in the third and then capitalized on Riley’s throwing error in the sixth. Riley’s throw went past Olson on Ruf’s soft infield single and moved Alonso to third.

Alonso broke for home when Mark Canha hit a high chopper to Riley. Riley made a strong throw and Alonso was initially called out by plate umpire Manny Gonzalez. Replays showed Alonso’s foot grazed the plate before d’Arnaud could apply the tag, and the call was overturned.

Braves: d’Arnaud was lifted in the seventh after a trainer checked him during the replay challenge following his collision with Alonso in the sixth.