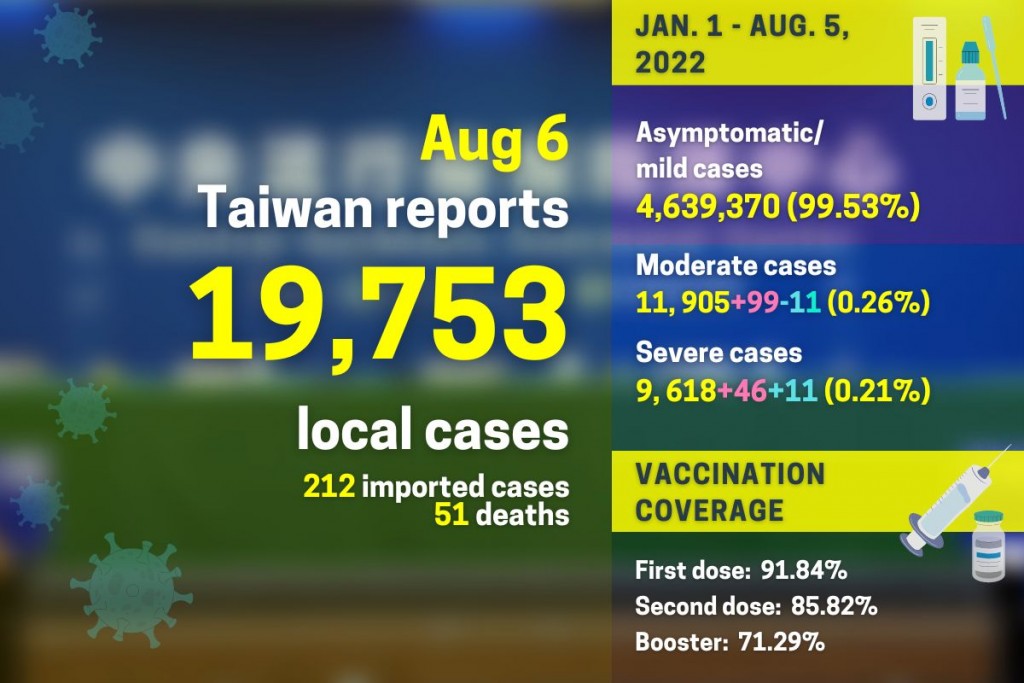 The center logged 51 deaths and 212 imported cases for Saturday.

The local cases included 9,155 males, 10,592 females, and six cases still under investigation, ranging in age from under 5 to their 90s.

The 51 deaths announced on Saturday included 32 males and 19 females ranging in age from their 40s to their 90s. All of these individuals were classified as severe cases, 50 had a history of chronic disease, and 30 had not received their third dose of a COVID vaccine. Their dates of diagnosis ranged from May 6 to Aug. 3 and the dates of death were from July 12 to Aug. 3.

The 212 imported cases included 126 males and 86 females ranging in age from under 5 to their 70s. Between July 7 to Aug. 5, 21 arrived from Vietnam; six from the Philippines, four each from the U.S., Singapore, Netherlands, and Germany; three each from the U.K., Turkey, and Thailand; two each from Japan and France; one each from Denmark, Egypt, Romania, Indonesia, Malaysia, Swiss. The countries of origin of 150 other cases are still being investigated.

Up until now, 9,187 individuals have succumbed to the disease. Of these deaths, 9,172 contracted the disease locally.