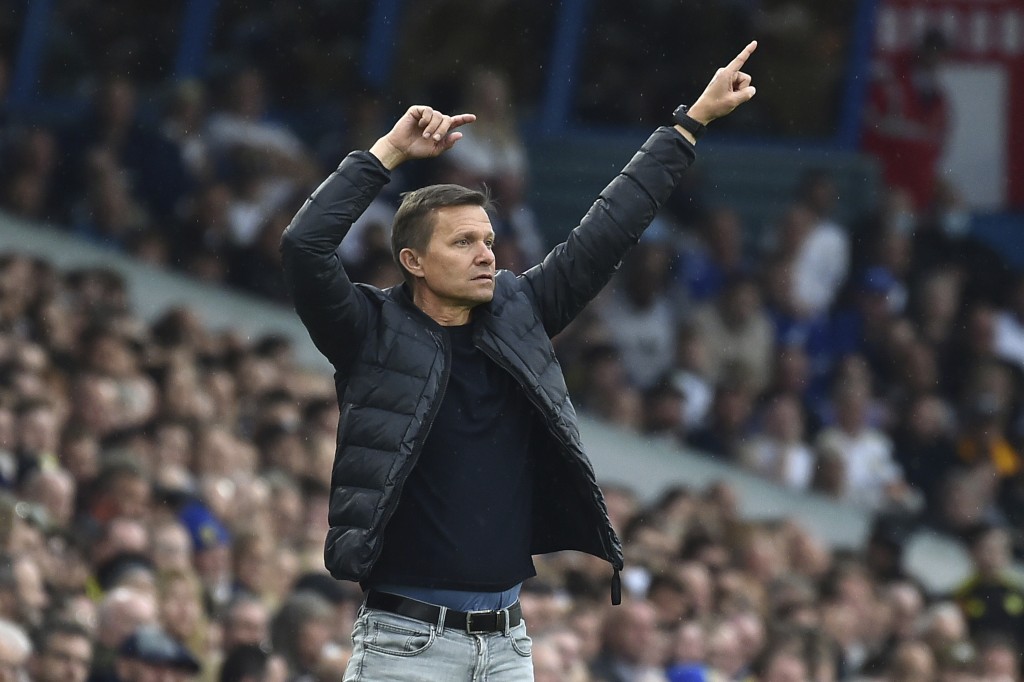 LEEDS, England (AP) — After a busy summer that included a slew of new signings, Leeds' American coach Jesse Marsch is hoping he has the players he needs to to play his own brand of soccer.

Marsch is entering his first full season in charge of the English Premier League club after replacing the hugely popular Marcelo Bielsa in February and then helping the team narrowly avoid relegation on the final day of the campaign.

The club has lost two of its top players since then — Kalvin Phillips to Manchester City and Raphinha to Barcelona — but has added seven new signings and is working on a couple of more.

“We know we lost two great players, but that has allowed us to bring in I think six, seven, eight other players that can help us even more precisely play the version of football that we want to play,” Marsch said Friday ahead of the team's opening game against Wolverhampton on Saturday. "We’ll use the situation to make us stronger, I really believe that.”

Bielsa, Marsch's predecessor, earned cult status among the club's fans after leading the club to promotion in 2020 and sticking to his attacking style during a successful first season in the top flight. The Argentine coach refused to change his ways, though, even as an injury-plagued Leeds leaked goals last season. The club was in 16th place when he was fired, having conceded 17 goals in its previous four games.

Marsch took a more pragmatic approach without completely abandoning Bielsa's ideas, but has had a full preseason to put his own stamp on tactics and the way the club is run.

“We have made incredible progress in the last six weeks and I think we’re going to see a better version of what I would like us to be on matchday, which is exciting for me," Marsch said. "Certainly, some of the additions have been important for that, but I think also the players that have been here have now had more time to work more intensively and minutely on the details, so that we can now transform ourselves into what we want to be.”

Injuries are a big concern, though, as Leeds is expected to be without seven first-team players on Saturday. So Marsch is cautious when it comes to setting targets for the new season.

“It’s too early to start talking about goals, but certainly we want to finish better than we did last year,” he said. “The key in that is just to have a good start. I’m really happy that we play the first match at home in front of our fans. I know there’ll be anticipation, but there’ll be support. I know that.