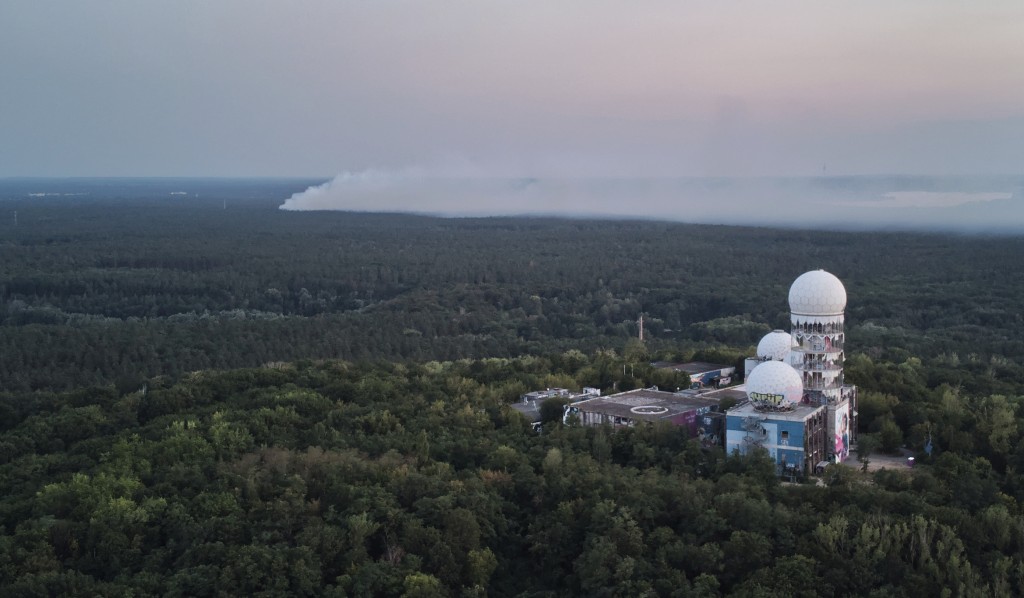 BERLIN (AP) — A fire accompanied by explosions at a police ammunition depot in a Berlin forest was contained and large parts of it were extinguished Friday, but officials said they were determining whether the ammunition stored at the facility needed to be stabilized and cooled down.

The fire broke out early Thursday in the Grunewald forest, located on the western edge of the German capital. The area burning is far from the nearest homes, and no one had to be evacuated, although a nearby highway and railway line remained closed.

Authorities declared a 1,000-meter (more than half-mile) exclusion zone around the depot. Berlin's fire service said wildfires on the ground in the area around the storage site were largely extinguished by Friday morning. Cooler weather with at least a little rain brightened the outlook.

The ammunition dump itself, though, remained a problem. Experts approached it in armored vehicles to locate ammunition that might still pose a risk, fire service chief Karsten Homrighausen said.

They were evaluating whether crews need to cool down the stored supplies to prevent more detonations and if officials can scale back the exclusion zone. The German military said trying to drop water on the site from the air wasn't an option.

It remains unclear what triggered the first explosions at the ammunition dump. The site was created in Cold War-era West Berlin in 1950, and 25 metric tons or more of fireworks, World War II ammunition and other explosive ordnance was stored there before the fire started. Controlled blasts are carried out at the site twice a year.