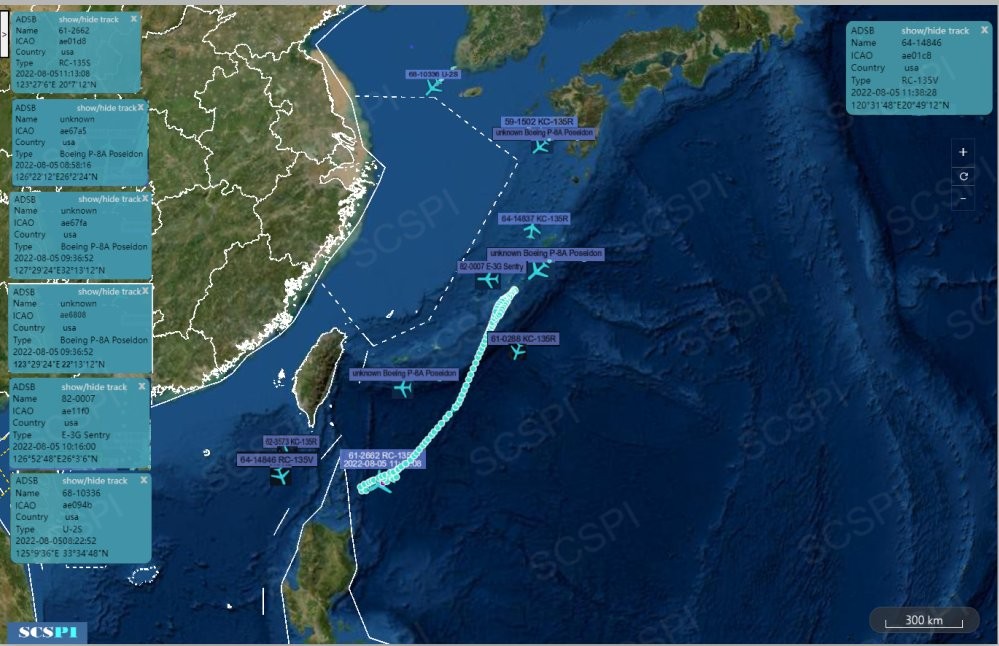 TAIPEI (Taiwan News) — On Friday (Aug. 5), the second day of China's live-fire drills launched around Taiwan, seven U.S. reconnaissance planes, including a U-2, and six tankers were detected flying in the vicinity of Taiwan.

The Chinese think-tank also reported the presence of six Boeing KC-135 Stratotankers. On the SCSPI's map, the reconnaissance aircraft could be seen in the north, northeast, east, southeast, and south of Taiwan at varying distances and headings.