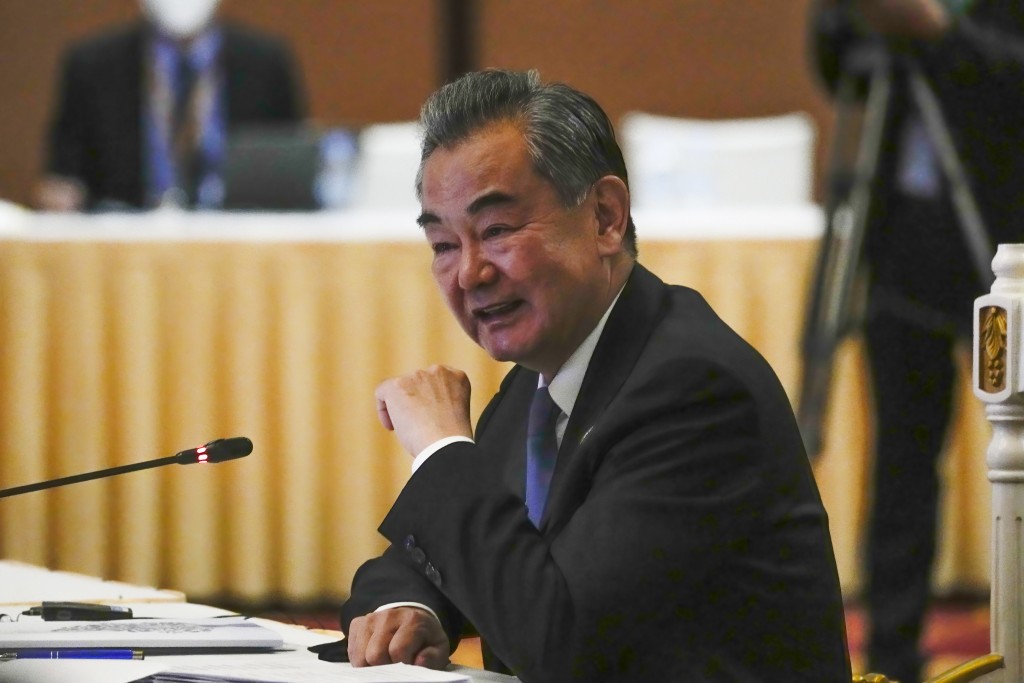 Wang was attending an ASEAN summit in the Cambodian capital, Phnom Penh, when he made the remarks, according to a CCTV report. He said China resolutely opposes the joint statement, which “confuses right and wrong and misrepresents the facts.”

The G7 statement reaffirmed the ministers’ commitment to Taiwan Strait peace and stability and urged China not to change the regional status quo by force.

The foreign minister said not interfering in a country’s internal affairs is the most basic principle for upholding global peace and stability. The law of the jungle cannot be allowed to dominate relations between two countries again, he added. “This so-called statement is just a piece of scrap paper.”

The foreign minister said that more than 100 countries have come forward to express their adherence to the concept of “one China” and support Beijing’s territorial integrity. They also opposed any infringement of China's sovereignty, he said.

Wang said U.N. Secretary-General Antonio Guterres and his spokesperson have both stated that the U.N. will continue to adhere to Resolution 2758, which recognizes the People’s Republic of China as the legitimate government of China. "I believe this is the true common voice of the international community," the foreign minister said.