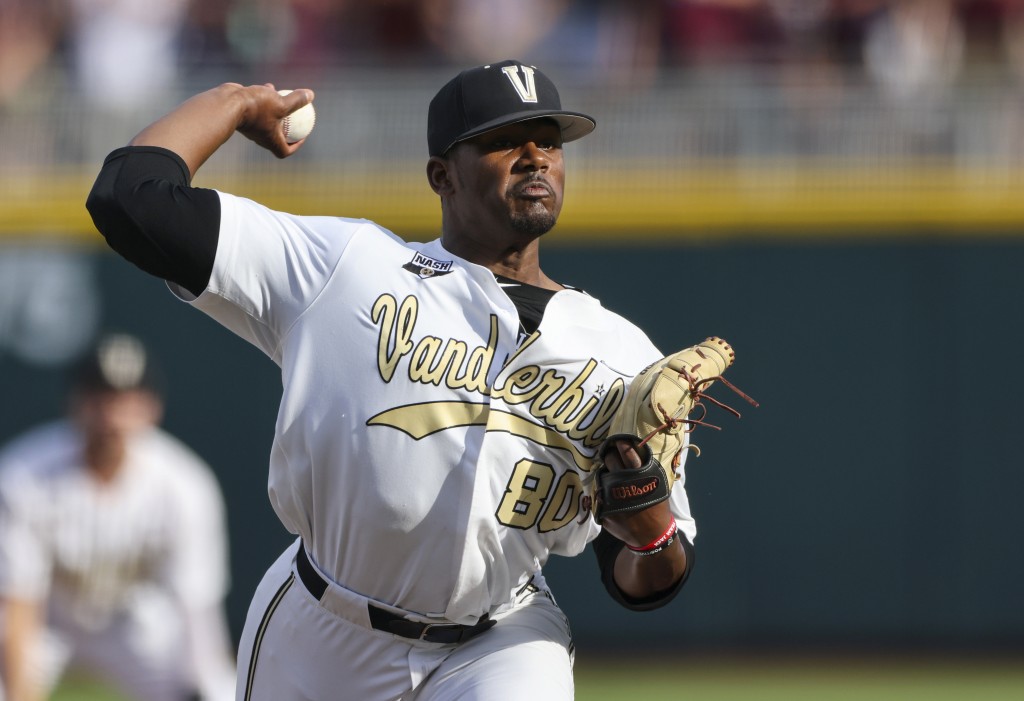 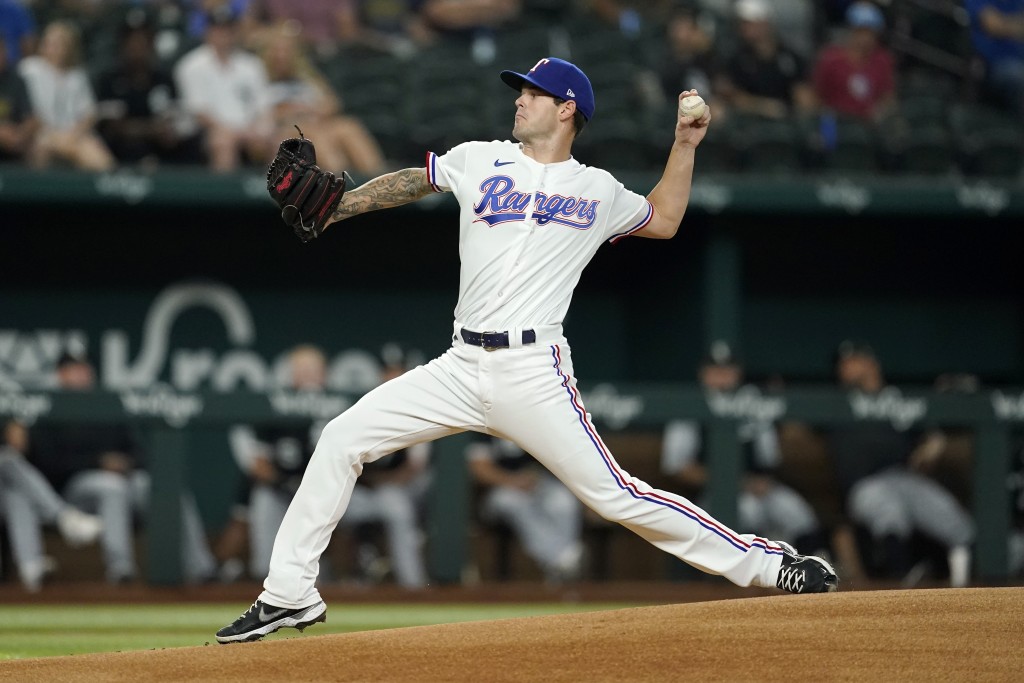 ARLINGTON, Texas (AP) — Kumar Rocker will spend a few more days around the Texas Rangers before going to Arizona, where the third overall draft pick is expected to make his organizational debut in the fall instructional league.

“Getting through this process is the starting line,” Rocker said when formally introduced by the Rangers on Thursday, more than a week after signing a contract with a $5.2 million bonus. “So, pitching out there, getting free and being myself, it’s a great step in the right direction.”

Hours after Rocker's introduction at the stadium, two of the the Rangers' former No. 1 picks made their major league debuts.

Left-hander Cole Ragans, Texas' top pick in 2016, was the starting pitcher for the series opener against the Chicago White Sox. Since being selected, Ragans has had Tommy John surgery twice. Bubba Thompson, selected by the Rangers in the first round in 2017, was called up from Triple-A, and was in the lineup batting ninth and playing left field. Thompson was hitting .303 with 13 homers, 48 RBIs and 49 stolen bases in 80 games at Round Rock.

It was the first time since 1986 that two former first-round picks drafted by the same club made their MLB debuts in the same game. First baseman Will Clark and second baseman Robby Thompson debuted together for the San Francisco Giants at Houston on April 8, 1986.

Rocker, a right-handed pitcher, was drafted again last month one year after the New York Mets had concerns over a physical and didn't sign the 10th overall pick. He was the only first-round pick in the 2021 draft that went unsigned and after an August deadline, Rocker’s agent, Scott Boras, said Rocker had a “non-pitching-related minor surgery” on his right arm.

Boras still didn't get into the specifics of that procedure Thursday, but said it turned out to be a way of answering any kind of questions any team would have while also providing some clarity for Rocker.

“I think the point of it is, Kumar didn’t have a pitching-necessary scope,” Boras said. “No physician told us he needed something. It was really just an evaluation of what was there. I’m certainly glad we did it because it revealed everything that we hoped for, that he was pitching capable, and that he has a very healthy outlook."

The Rangers have no questions about the health of Rocker's arm. The plan to play him in Arizona this fall, instead of going to a minor league team for the rest of the summer, is what the Rangers are doing with all of their draft picks.

“With our main draft class this year, we’re taking this procedure. I think that instructional league is a very fair expectation," Rangers general manager Chris Young said. “The 2023 season is the most important moving forward. And that’s what we’re geared towards in terms of getting all of our players ready.”

Texas had scouted Rocker through high school, his time at Vanderbilt University and then earlier this summer. With the Tri-City ValleyCats in the independent Frontier League, he was 1-0 and had a 1.35 ERA in five starts with 32 strikeouts and four walks over 20 innings.

The 6-foot-5, 245-pound Rocker was 28-10 with a 2.89 ERA over 42 games from 2019-21 at Vanderbilt, where he was teammates with right-hander Jack Leiter. The Rangers drafted Leiter with the second overall pick last summer, and he is pitching at Double-A Frisco.

Leiter also didn't pitch in the minors last summer, or in Arizona in the fall. He went through the organizational draftee orientation last August at the club’s complex in Surprise, Arizona. Rocker spent the fall in Nashville, working out at the Vanderbilt baseball facilities while taking classes as he works to finish his degree.

Rocker said Leiter has been an incredible resource with nothing but good things to say about the Rangers organization.

When asked if there was more pressure being the third overall pick or what he went through last year, Rocker responded, “Definitely the second thing. ... All the pressure is gone right. Happy to be No. 3 and happy to move forward too.”