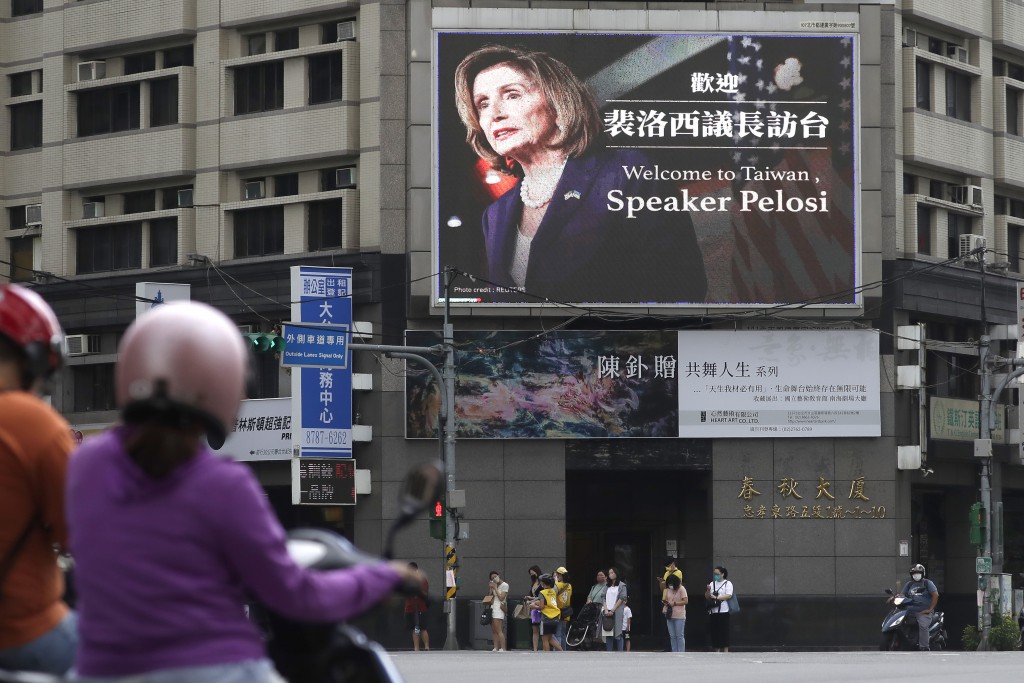 KAOHSIUNG (Taiwan News) – The decision of U.S. House Speaker Nancy Pelosi to visit Taiwan has been welcomed here in Kaohsiung, as it has everywhere else in the country.

“Of course, she should come here, everyone is welcome in Taiwan,” one elderly lady working in an evening market said.

“The U.S. is our friend, and their representatives will always be welcome here,” a student at Kaohsiung Normal University told me.

The mood on the streets of Kaohsiung has been remarkably calm, despite the hysteria we are seeing in the media. This might seem hard to believe when you look at the English-language press.

Media in the U.K., where I am from, has been among the worst, blaming Pelosi for stoking cross-strait tensions rather than criticizing the Chinese Communist Party (CCP) for its absurd over-reaction. Meanwhile, the infamous British tabloids have essentially been doing the CCP’s job for them, proclaiming World War III is within touching distance.

Speaking to people back home, it is hard to get them to believe that people here are still going to work, kids are at school, shopping malls are busy, and traffic is still clogging the streets. In fact, if you didn’t read the media, you would have no way of knowing the CPC's military exercises were underway just a few nautical miles to the south of here.

Analysis of the maps released by the CCP’s People’s Liberation Army (PLA) shows the largest of their six target zones is located directly to the south and west of Kaohsiung, and even closer to settlements like Donggang and Kenting.

The south of Taiwan also appears to be where the test zones get closest to populated areas, with the small island of Xiao Liuqiu just 9.5 kilometers away. It's fair to say that people there aren’t too fussed either, with one U.S. citizen noting his close proximity to the live-fire drills on Twitter, before adding, “I support the right of American politicians to travel where they wish.”

Is this serenity and stoicism naive? Perhaps, but barring any unintended mistakes by PLA operatives, the general consensus seems to be that these drills will pass without incident.

Even so, there is no denying that China's unilateral act of aggression represents a shift in the delicate cross-strait status quo. Despite inevitable comparisons, it is not the same as previous drills in 1996.

This time the zones are bigger, closer to Taiwan, and in addition to PLA jets crossing the median line, there are also reports of PLA drones overland in Kinmen and Chinese missiles crossing mainland Taiwan, albeit at high altitude.

Such shifts in activity have the potential to set new precedents and increase the prospect of such activity becoming the norm.

For Kaohsiung, a strategically and commercially important port city, escalation increases risk as the city and its port are likely to be key targets for the PLA if this incident escalates into a conflict.

Of course, Chinese aggression is unacceptable to Taiwan, and should be to the rest of the democratic world too. Outside Taiwan, the decision seems to be watch and wait at this stage, with the G7 issuing a short statement urging restraint and de-escalation but little more.

That will be music to the CCP’s ear, as they will likely interpret it as a sign that the West will not intervene in a future invasion. The reality is that these drills likely equate to nothing more than a particularly vociferous bout of saber-rattling.

Fortunately, Taiwan too, appears set to let this incident pass rather than seeking to engage unnecessarily, which is undoubtedly the right decision.

We should, of course, remember that this is still early days. These drills may only be scheduled to last three days, but the previous cross-strait crisis in the mid-90s went on for nearly nine months. The CCP’s rhetoric suggests there may be more action, both military and economic, to come.

Nevertheless, when you put this to people in Kaohsiung, they remain sanguine.

One middle-aged man eating in a noodle bar said he remembered missiles landing near Kaohsiung ahead of the 1996 elections. “That’s why I voted for Lee (Teng-hui (李登輝)), and that’s why we have everything we do today.”

His wife added, “In the end, this will show the world what China is really like. We already know, now they will too.”

The consensus here is that China has made a strategic misstep in overreacting so dramatically to Pelosi’s visit, and in the long run, Taiwan will benefit from that. It remains to be seen if that is the case.