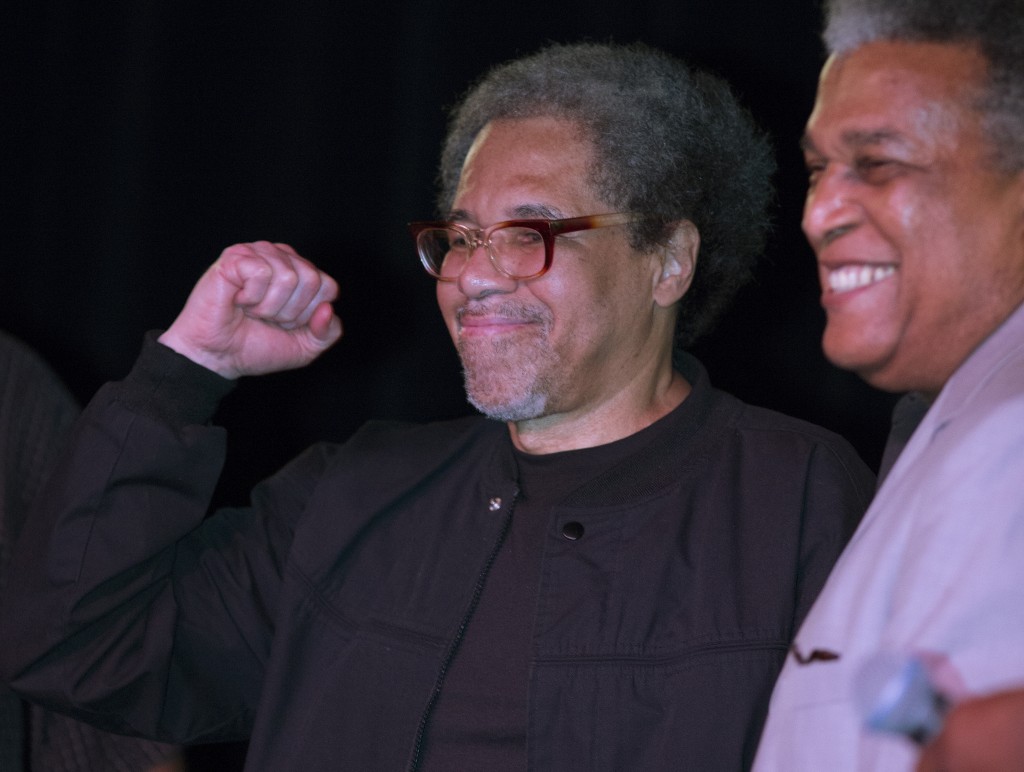 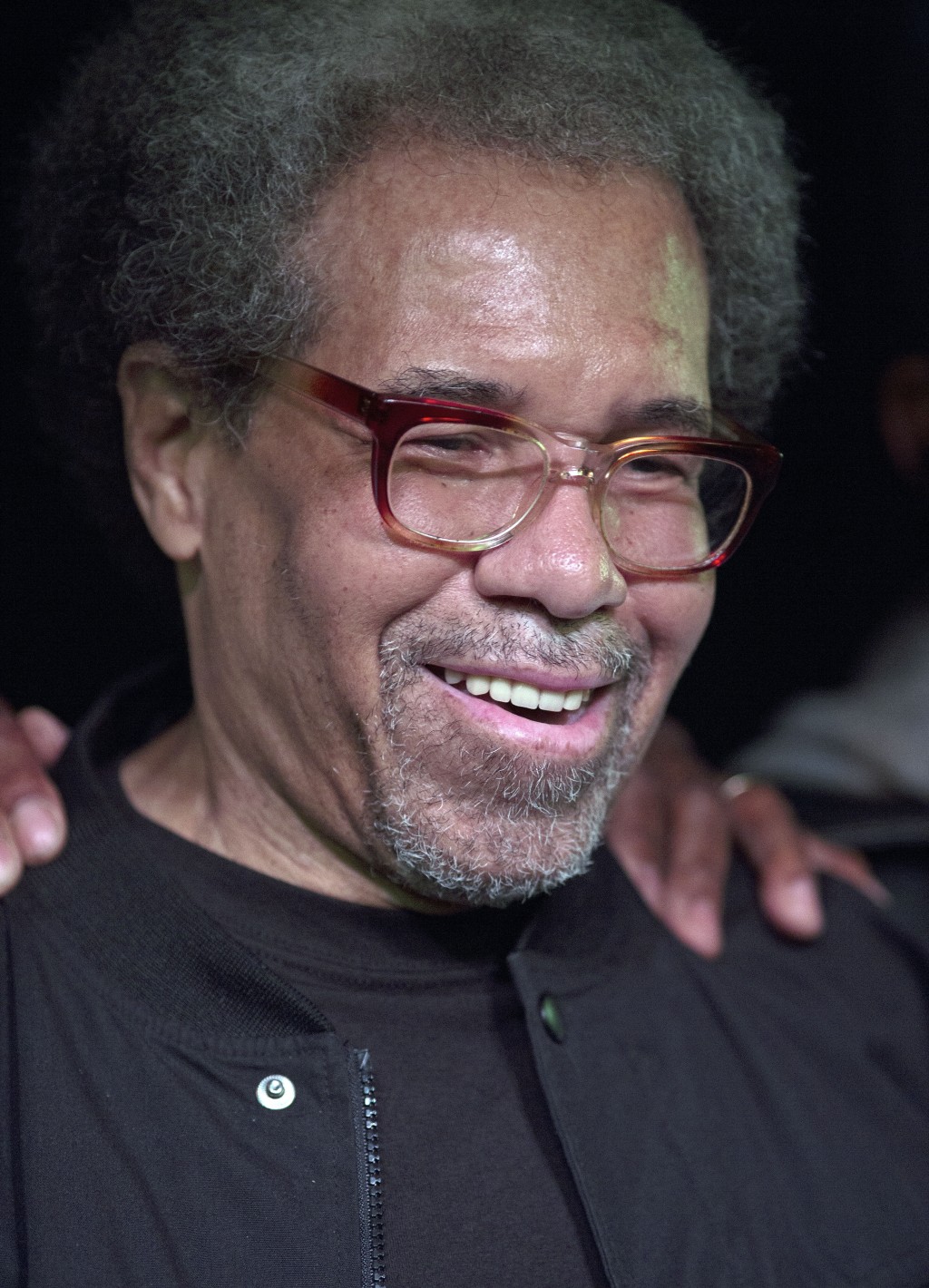 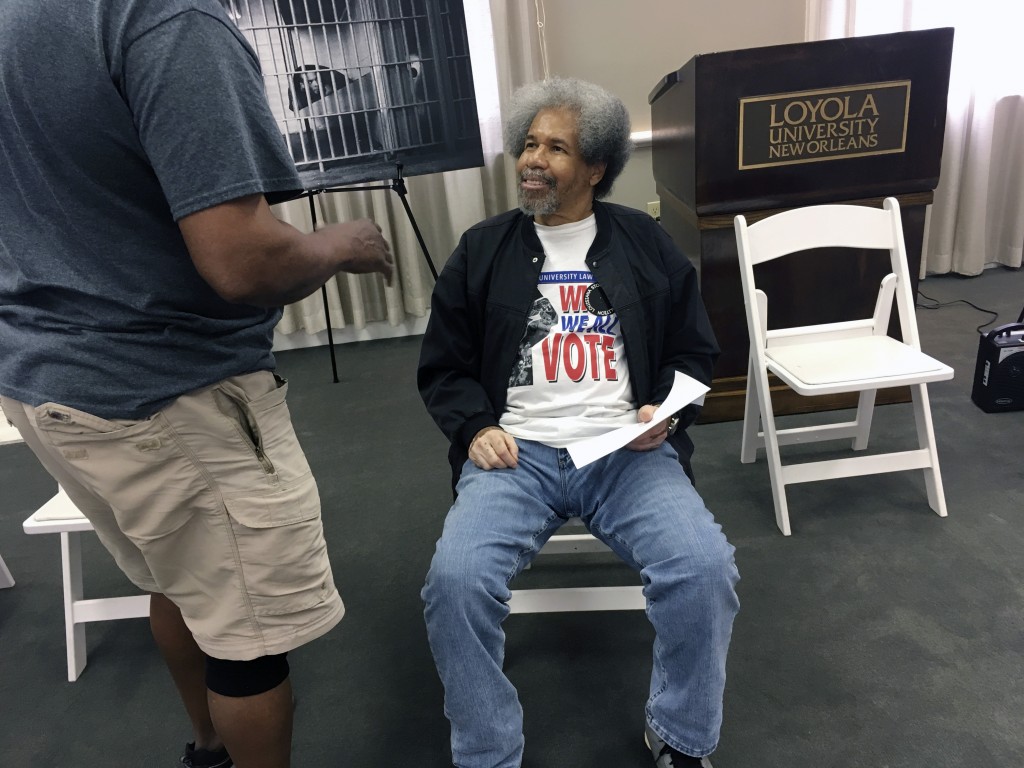 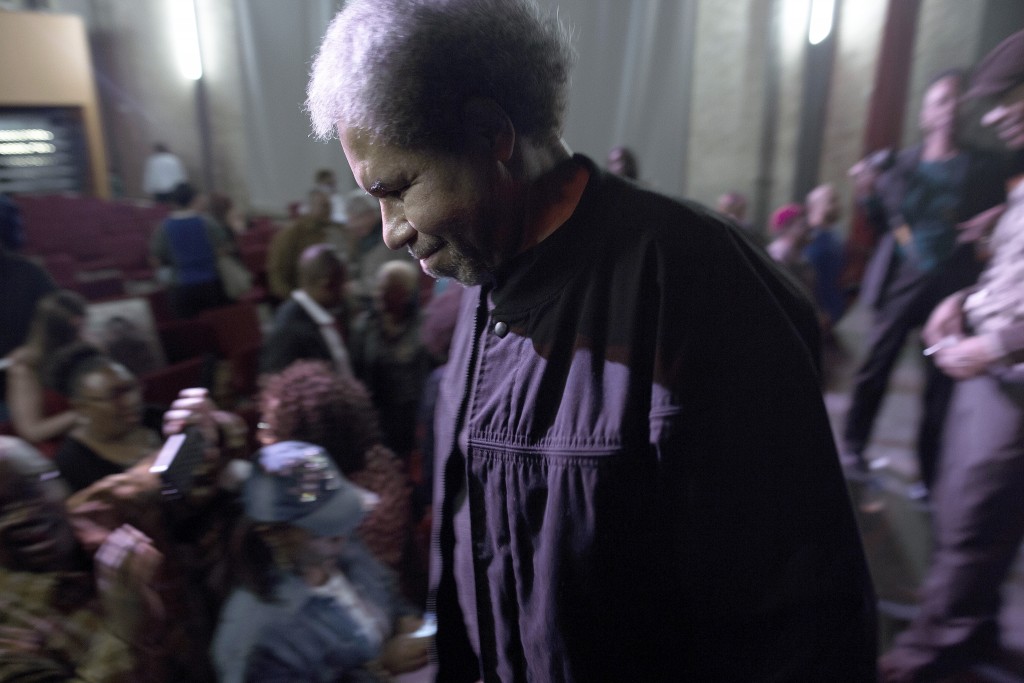 NEW ORLEANS (AP) — Albert Woodfox, a former inmate who spent decades in isolation at a Louisiana prison and then became an advocate for prison reforms after he was released, died Thursday of complications from COVID-19, his family said. He was 75.

Woodfox and two other men became known as the “Angola Three" for their decades-long stays in solitary at the Louisiana State Penitentiary at Angola and other prisons. In 2016, Woodfox pleaded no contest to manslaughter in the 1972 death of prison guard Brent Miller and was released after about half a century in prison, almost all of it in solitary. Woodfox consistently maintained his innocence in Miller's death.

Carine Williams, one of Woodfox’s longtime attorneys, said Woodfox had contracted the coronavirus in early July but rebounded. Then about a week ago, he started experiencing shortness of breath and was admitted to a New Orleans hospital. Doctors were initially optimistic he would make it, Williams said. When his condition worsened, he was intubated and never regained consciousness.

“With heavy hearts, we write to share that our partner, brother, father, grandfather, comrade and friend, Albert Woodfox, passed away this morning," the family said. “Whether you know him as Fox, Shaka, Cinque, or Albert - he knew you as family. Please know that your care, compassion, friendship, love, and support have sustained Albert, and comforted him.”

Woodfox first entered prison in 1965 on an armed robbery sentence. Then in 1972, immediately after Miller’s body was found in an empty prison dormitory, officials put him in solitary where he was kept on “extended lockdown” every 90 days for decades. Woodfox and two other prisoners — Robert King and Herman Wallace — became known as the Angola Three because of their long stretches in solitary confinement.

Woodfox and Wallace said they were singled out for harsh treatment, including isolation, because of their political activism. They had helped establish a prison chapter of the Black Panther Party at Angola in 1971, set up demonstrations and organized strikes for better conditions.

Officials said they were kept in solitary confinement because their Black Panther Party activism would otherwise rile up inmates at the maximum-security prison farm, about 50 miles (80 kilometers) northwest of Baton Rouge.

Despite those decades confined to a cell 6 feet (1.83 meters) wide by 9 feet (2.74 meters) long for 23 hours a day, Williams said it was a matter of survival for him to not lose himself to anger or bitterness.

In the book titled “Solitary” released after he got out of prison, Woodfox wrote about how in his 40s he chose to take his pain and turn it instead into compassion.

“Whenever I experienced pain of any origin I always made a promise to myself never to do anything that would cause someone else to suffer the pain I was feeling at that moment. I still had moments of bitterness and anger. But by then I had the wisdom to know that bitterness and anger are destructive,” he wrote. “I was dedicated to building things, not tearing them down.”

Wallace, who was convicted with Woodfox of murder in Miller's death, died days after a judge in 2014 freed him and granted him a new trial. King was released in 2001 after his conviction in the death of a fellow inmate in 1973 was reversed.

At the time of his release, Woodfox was awaiting a third trial in Miller’s death after earlier convictions were thrown out by federal courts for reasons including racial bias in selecting a grand jury foreman. In a statement at the time, Woodfox said he had been looking forward to proving his innocence in court but that concerns about his health and age “caused me to resolve this case now and obtain my release with this no contest plea to lesser charges.”

He said at the time he wanted to visit the gravesite of his mother, who died while he was in prison. Woodfox said he was not allowed to go to the funeral.

After his release, Woodfox initially moved to Houston and then about a year later returned to New Orleans where he had grown up in the city’s Treme neighborhood, said his brother Michael Mable.

In New Orleans, he enjoyed walking on the levee with his partner and at one point — as Woodfox described it to Williams — he was adopted by a lost dog he found. Woodfox loved the outdoors and visited Yosemite National Park after his release, Williams said.

His lawyer said on the first day he was released she noticed that he kept touching his wrists: “For him it was just so fun and beautiful not to have shackles on his wrists.”

In the years after his release, Woodfox frequently spoke publicly about his life in prison and his views on issues like prison reforms or racial injustice. His book titled “Solitary" detailed his teenage years when he was frequently arrested in New Orleans and his time in prison. The book, written with Leslie George, was a finalist for both the National Book Award and the Pulitzer Prize in 2019.

Mable said when Woodfox first got out of prison, he struggled a bit but that he never “let his mind stay in prison.” He continued to advocate for people in prison and shined a light on issues such as mass incarceration or disparities in how Black and white people were sentenced.

Mable said other men might have lost their sanity living for so long in such a tiny cell, but his brother was determined that the experience would not break him.

“He wasn’t bitter and angry. He just wanted change. He wanted justice. It wasn’t justice for himself. It was for every inmate there," Mable said.

In his book, Woodfox wrote that he was often asked what he would change about his life.

“My answer is always the same: ‘Not one thing.' All I went through made me the man I am today. I had to be a better person, a wiser person, a more disciplined person to survive," he wrote. “I paid a heavy price."

This story has been corrected to show that Woodfox contracted the coronavirus in July, not June.