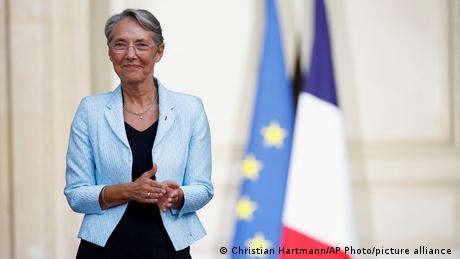 The new envoy will coordinate the Foreign Ministry's policy and act as "France's voice," Borne told an audience on the 40th anniversary of the decriminalization of homosexuality in the country.

The ambassador, to be appointed by the end of the year, will "campaign for the decriminalization everywhere of homosexuality and trans-identity," she said.

Borne also announced the creation of a €3 million ($3.05 million) fund to finance 10 new LGBTQ centers, in addition to the 35 already existing in France.

The move comes after a minister made comments last month that were seen asstigmatizing homosexuality and LGBTQ people.

Asked about her opposition to France's 2013 law authorizing gay marriage and adoption, the minister, Caroline Cayeux, said, "I have a lot of friends among all those people.''

The remarks last month shocked many LGBTQ people and activists who called for her resignation.

She later apologized, saying her remarks had been "inappropriate."

On Thursday, Borne insisted there was "no ambivalence" among the members of President Emmanuel Macron's government on their commitment to LGBTQ rights.