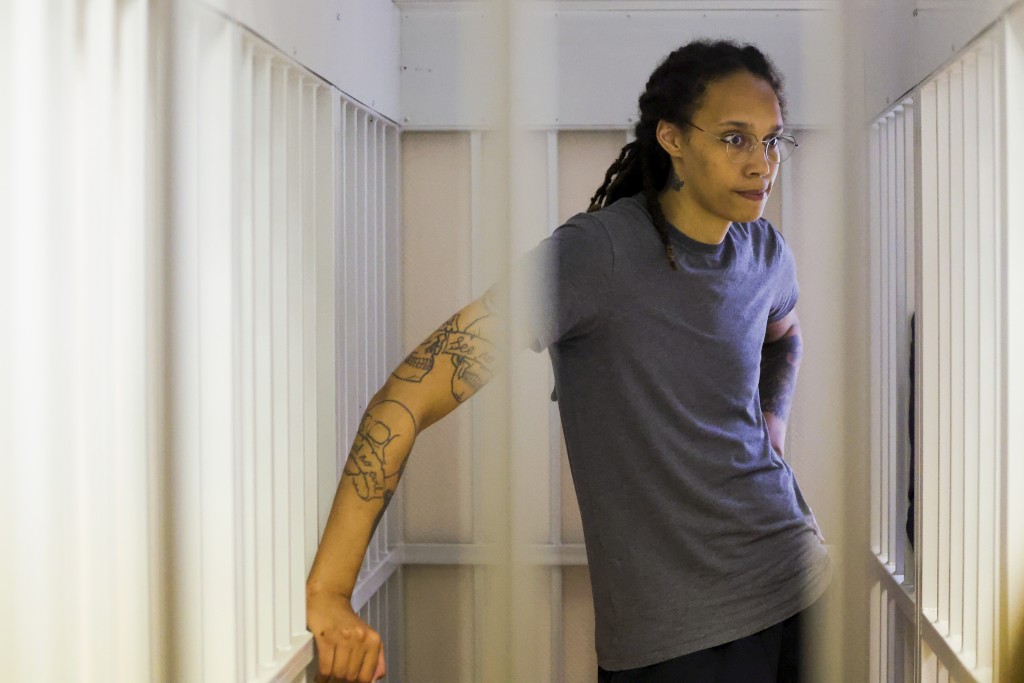 A timeline of key events in Brittney Griner's career on and off the basketball court:

2009: Led Nimitz High School to Texas 5A girls basketball state championship game where they lost. The 6-foot-7 star dunked 52 times as a senior, including seven times in one game against Aldine High School.

2009-10: Set NCAA single season record with 223 blocks as a freshman at Baylor. Became the seventh women's basketball player to ever dunk in college.

April 3, 2012: Had 26 points, 13 rebounds and 5 blocks in NCAA title game as Baylor beat Notre Dame 80-61. She earned Most Outstanding Player honors of the Final Four.

2014: Helped Phoenix to 29-5 record — most wins in WNBA history — and the franchise's third league championship.

Aug. 14, 2014: Got engaged to fellow WNBA player Glory Johnson. Eight months later, they were both arrested on charges of assault and disorderly conduct after police responded to a fight between them.

May 15, 2015: Griner and Johnson were suspended seven games by the WNBA after pleading guilty to disorderly conduct charges.

2015 and 2016: Played in Russia for UMMC Ekaterinburg and won consecutive championships with that team. Has played in the winter with Ekaterinburg ever since.

Feb. 17, 2022: Arrested for drug possession at airport outside of Moscow while returning to Russia from a FIBA World Cup qualifier break.

July 7, 2022: Pled guilty to drug possession charges, saying: “There was no intent. I didn't want to break the law.”

Aug. 4, 2022: Sentenced to nine years in a Russian prison for drug possession.