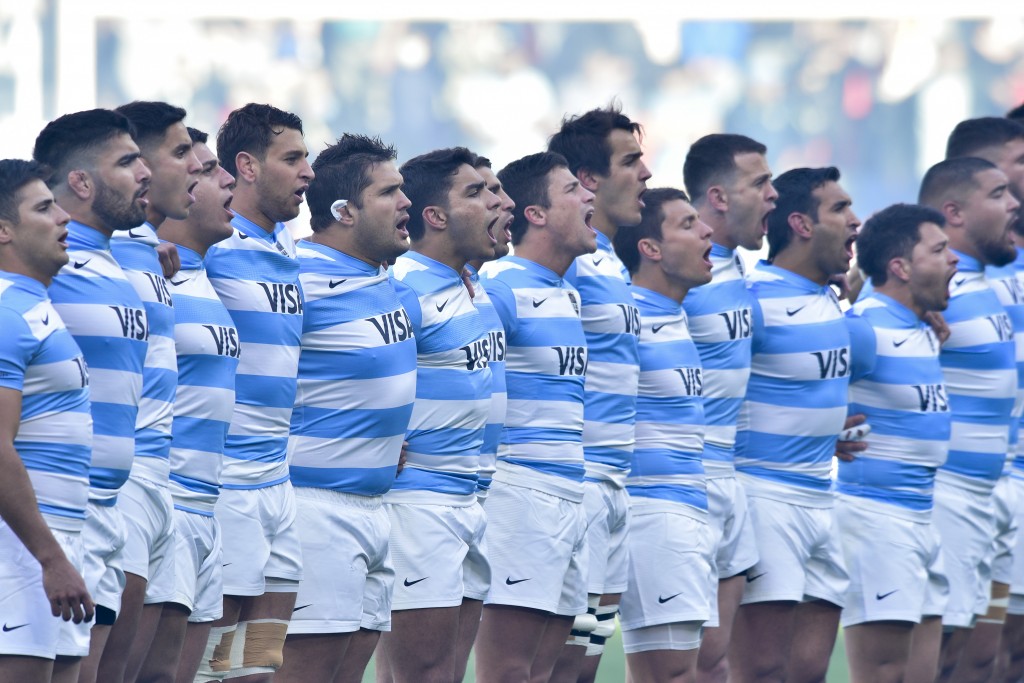 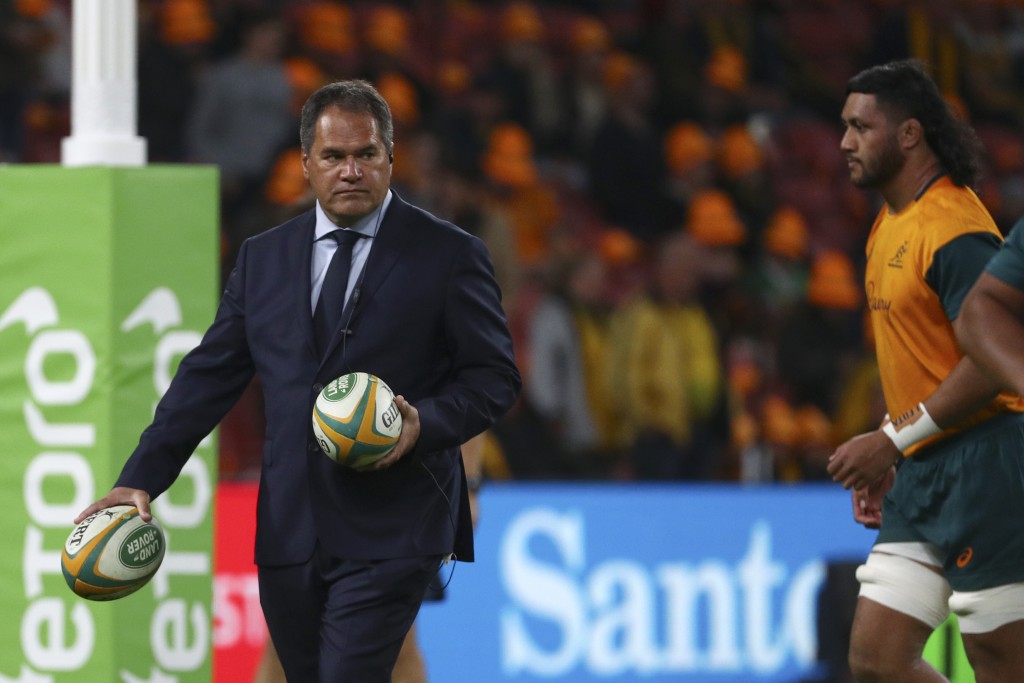 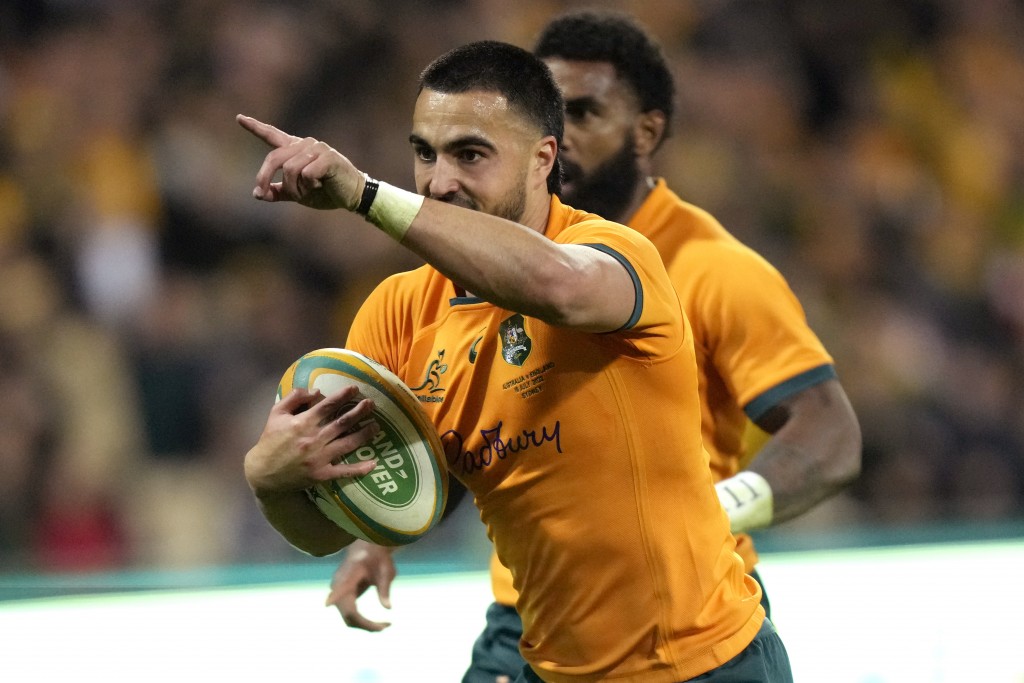 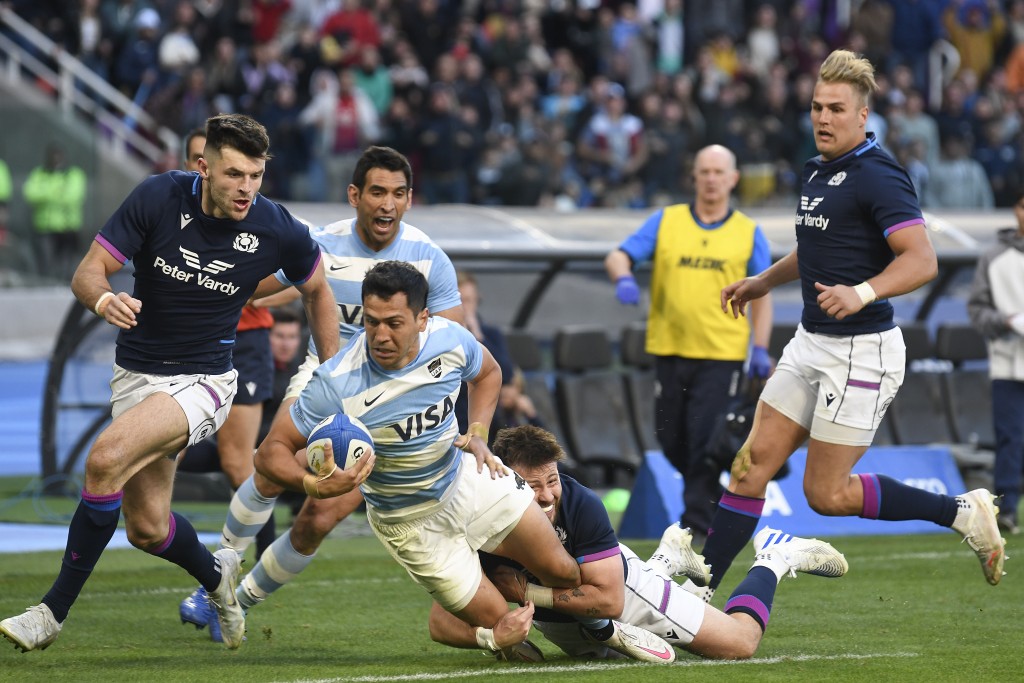 A first home series win over Scotland in 28 years.

Following those three tests alongside the Andes almost three weeks ago, the Pumas have regathered in buoyant mood for the Rugby Championship with an even bigger goal in mind.

A first home series win over Australia in 35 years.

"We'd like to make more firsts,” new Argentina coach Michael Cheika says. “When you get your firsts you start to get credibility, and see if you can go further.”

Cheika is pragmatic, though. He's playing down their chances of beating the Wallabies twice over the next two weekends, starting on Saturday in Mendoza in the heart of Argentina's wine region.

He and his coaching team have had only a month with the squad. Cheika says every week they're trying to add more detail. There's been a lot of focus on set-pieces and defense, trying to make sure those stand up under fire. Scotland put plenty of pressure on both through the series last month with some success but blew it at the end, wasting a 15-point lead with bad game management.

Cheika has also played down having any insightful knowledge from being the Wallabies coach before successor Dave Rennie. Cheika noted he's already coached against Australia in the 2020 and 2021 Rugby Championships as a technical adviser for Pumas coach and old friend Mario Ledesma. It didn't work out as the Pumas didn't beat the Wallabies.

In fact, the Pumas haven't won their last nine matches in the Rugby Championship, and won only one of their last 15 dating to 2018. The one was the shock first victory over the All Blacks in Sydney in late 2020.

The winless run since then is in large part down to playing away from home due to the coronavirus pandemic. Before Scotland arrived last month, Argentina hadn't played a home test since the 2019 Rugby Championship. The grind of bubble life wore down the Argentines, who scored only five tries in last year's championship, and snuffed out Ledesma's fire.

But they're home again and engaging their spirited fans with smiles back on their faces.

Cheika tested those smiles when he made nine changes to the side which won the Scotland series decider; the lineup was closer to what he chose for the first test, which Argentina won comfortably 26-18.

"We're trying to build our game,” Cheika says, 'but also looking to be very competitive tactically, physically and mentally with Australia.”

Australia has been hit by injuries to Samu Kerevi — its best back tearing knee ligaments at the Commonwealth Games — and hooker Dave Porecki, concussed in training.

But it has been bolstered by lock Darcy Swain returning from suspension, a debut for Waratahs flanker Jed Holloway, who will add some feistiness and lineout height, and flyhalf Quade Cooper recovered from his calf issue to play his first test of the year.

Overall, there's seven changes and two positional switches after losing the series-decider to England 21-17 in Sydney.

"A few harsh conversations with one another and staff, but being able to put that to bed before we flew over here was pleasing,” says Tom Wright, reinstalled at fullback.