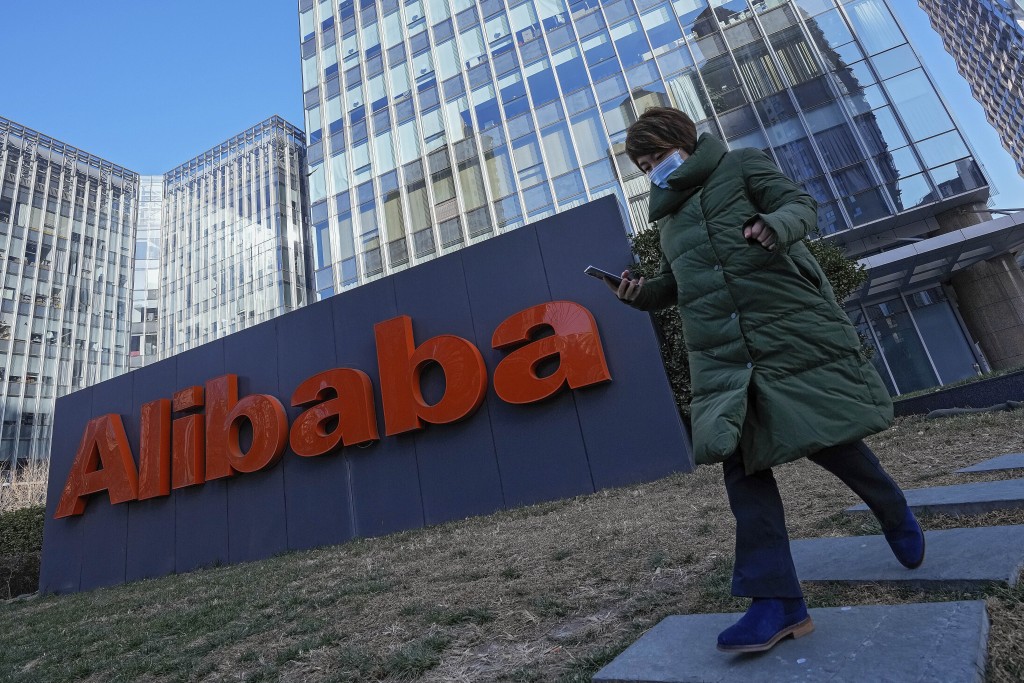 HONG KONG (AP) — Chinese e-commerce firm Alibaba Group Holding on Thursday beat market expectations for revenue in its quarter ended June, even as revenue was nearly flat and the company continues to grapple with the fallout from increased regulatory scrutiny and slowing economy growth.

Alibaba reported revenues of 205.6 billion ($30.4 billion) for its quarter ended June, a 0.1% decrease from the same time last year. It was the first time that the company reported a contraction in sales. That was still better than the average analyst estimate of $30.09 billion, according to FactSet.

Alibaba had been hit hard in the last quarter as China locked down various cities around the country to stem the spread of the coronavirus.

The decline in revenue was “mainly due to impacts from COVID-19 resurgence and restrictions that resulted in supply chain and logistics disruptions in April and most of May,” the company said in its earnings release.

Customers in the bustling, cosmopolitan city of Shanghai, for example, were unable to shop online or even order food delivery during its two-month lockdown.

The Hangzhou-headquartered firm has also in recent years been scrutinized heavily by regulators, and has faced anti-monopoly fines. Its cloud business has also been linked to China’s largest cybersecurity breach, when a hacker online attempted to sell over a billion personal records purportedly from a Shanghai police database.

Alibaba is also facing fierce competition from rivals such as Pinduoduo, which has reported an increase in user numbers, as well as rival JD.com.

Last week, the U.S. Securities and Exchange Commission added Alibaba to a growing list of companies that could face delisting from the U.S. stock exchanges unless they give U.S. regulators unfettered access to their auditing processes and financial books.

Meanwhile, Alibaba is seeking a primary listing in Hong Kong by the end of the year that would allow mainland Chinese investors direct access to its stock as it seeks a more diversified investor base.

This story has been corrected to reflect that the decline in revenue was 0.1% in the second paragraph.