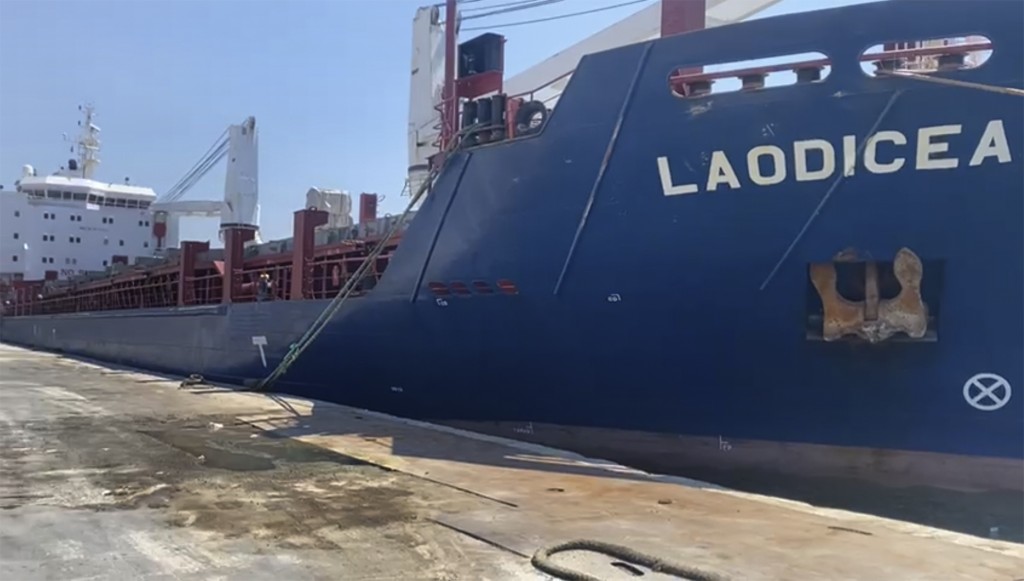 BEIRUT (AP) — A Syrian ship that Ukraine says is carrying stolen Ukrainian grain has left a Lebanese port after officials in Lebanon allowed it to sail following an investigation, Lebanon’s transport minister tweeted on Thursday.

The Syrian-flagged Laodicea had been anchored at the port of Tripoli since it arrived last Thursday, carrying 10,000 tons of wheat flour and barley. Ukraine says the grain was stolen by Russia, a claim it denies.

On Wednesday, Ukrainian Ambassador to Lebanon Ihor Ostash urged Lebanon not to allow the vessel to leave the port.

A judge on Wednesday said the Laodicea can sail, a day after Lebanon’s prosecutor general decided the ship could leave after an investigation showed it was not carrying stolen Ukrainian grain.

It was not immediately clear where the ship is heading but Marine Traffic, a website that monitors vessel traffic and location of ships on seas, showed it moving toward the Syrian coast.

Laodicea's departure is likely to anger Ukraine. Russia’s diplomatic mission in Lebanon praised the move, accusing Ukraine of lying about the cargo and trying to damage relations between Moscow and Beirut.

The U.S. Treasury Department sanctioned the Syrian ship in 2015 for its affiliation with the Syrian government of President Bashar Assad, a close political and military ally to Moscow.

The spat over the Laodicea came as the first grain ship left Ukraine since Russia's invasion in late February. The Sierra Leone-flagged Razoni, carrying 26,000 tons of Ukrainian corn, was passing through Turkey on route to Lebanon.

A Lebanese official told The Associated Press on Wednesday that the ship is expected to take about four days to arrive to Lebanon from Istanbul after it was searched.

Lebanon condemned Russia’s invasion of Ukraine in February, which angered Moscow and its allies in Beirut.

The shipments come at a time when Lebanon is suffering from a food security crisis, with soaring food inflation, wheat shortages and breadlines. Three-quarters of its population lives in poverty.