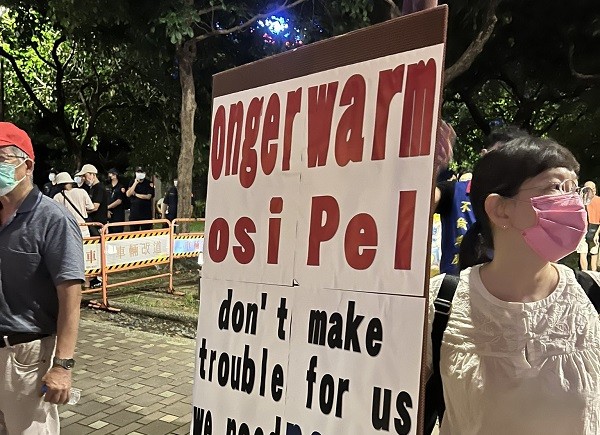 The photographer, who goes by the Twitter handle Ladygungun, told Taiwan News that the photo was taken 11 p.m. on Wednesday night. The protestor was seen holding the sign at Taipei City Hall Plaza across from the Grand Hyatt Taipei, where Pelosi stayed after arriving in Taipei at 10:44 p.m.

The top of the sign was apparently intended to read in red letters "Warmonger Pelosi," but instead read "ongerwarm osiPel." However, the rest of the sign was clearly legible and declared "don't make trouble for us we need peace."

The photographer posted the photo to Twitter one minute later and soon gained 2,521 likes, 327 retweets, and 108 quote tweets. An astute comment under the post noticed that former gang leader and head of the Chinese Unity Promotion Party (CUPP, 統促黨) Chang An-le (張安樂), aka the "White Wolf," had been seen in a TVBS report standing in front of the same sign.

When told by a reporter that the sign was badly misspelled, Chang looked at the sign and paused as he struggled to make sense of it, mumbling the word "warmonger." He then declared, "Oh, it's misspelled." He then asked his followers about the signs as he scrambled to find a readable product.

Chang's followers then handed him a sign that correctly read "Warmonger Pelosi" prompting him to laugh and proudly grin as he said, "This one is correct."

Chang is known for public gaffes, with one of the more memorable incidents occurring when he brought a coffin to the Legislative Yuan to protest what he perceived to be Premier Su Tseng-chang's (蘇貞昌) willingness to fight to the last man in a war with China. However, his political stunt went awry during a scuffle with police when he accidentally fell into the coffin. 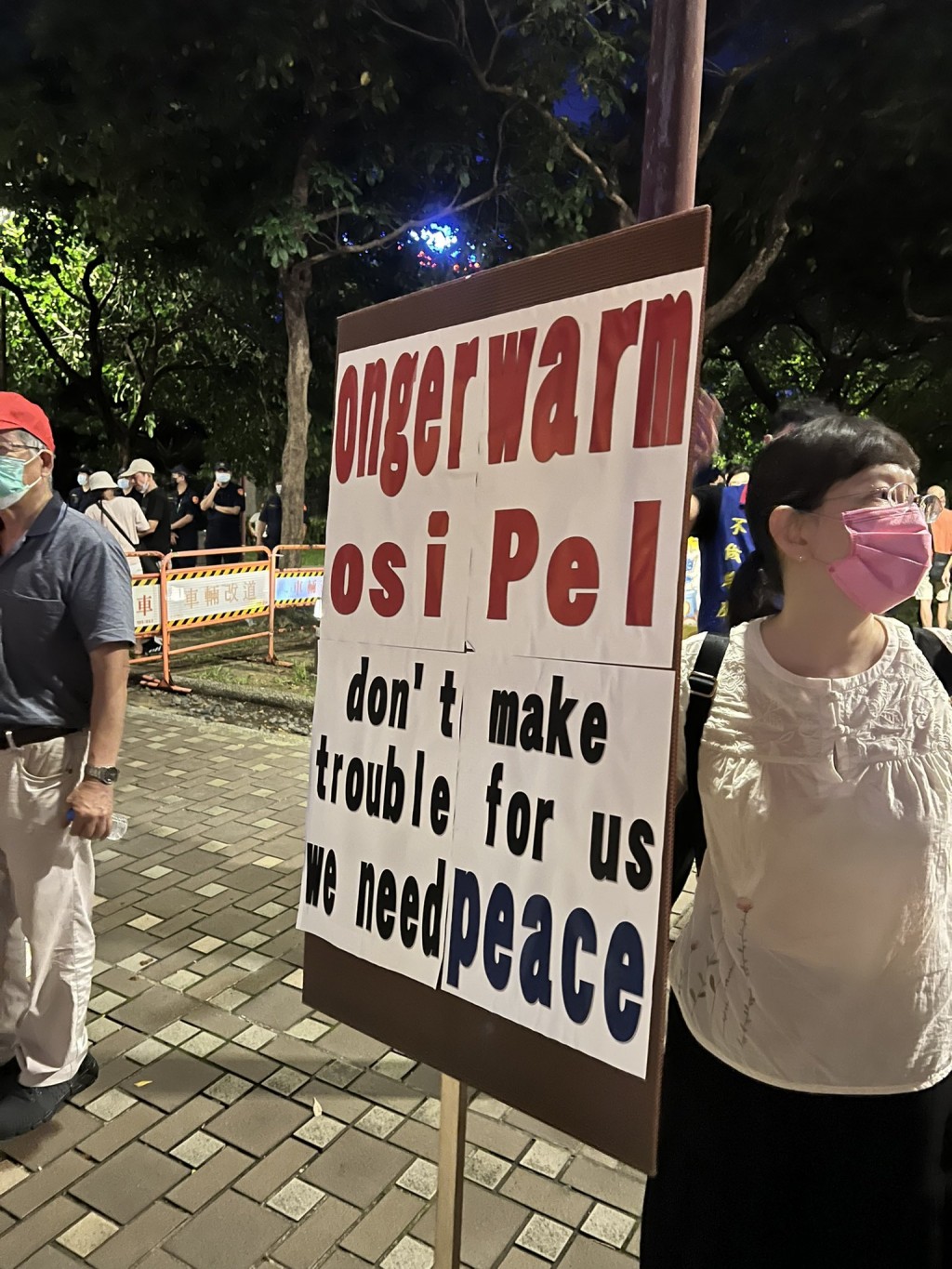 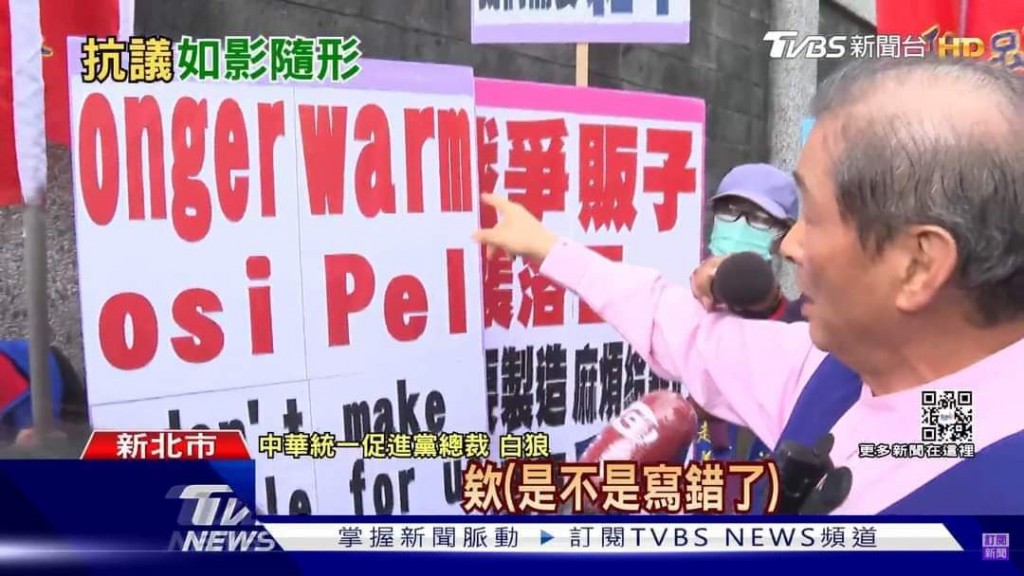