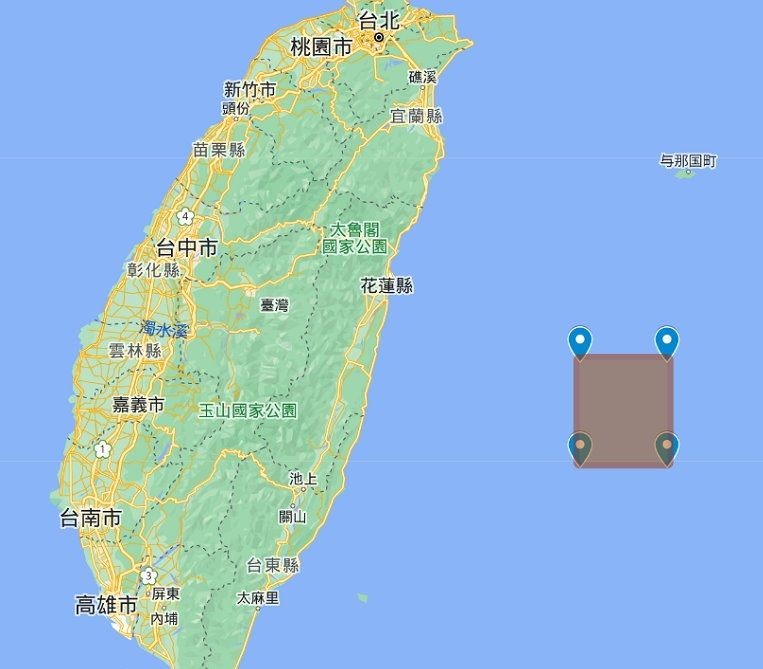 TAIPEI (Taiwan News) — Taiwan's Maritime and Port Bureau (MPB) on Thursday (Aug. 4) announced that China has added a seventh live-fire zone around Taiwan and that it will be in effect one day longer than the others.

At 10:59 p.m. on Tuesday (Aug. 2), just 15 minutes after Nancy Pelosi's arrival in Taiwan, Chinese state-run mouthpiece the Global Times released an announcement from the People's Liberation Army (PLA) saying it would hold "important military exercises and training activities including live-fire drills" in six areas around Taiwan proper from Aug. 4 to Aug. 7. The PLA has marked vast swaths of waters off the coast of Taiwan, including areas to the northwest, north, northeast, east, southwest, and southeast of the country.

On Thursday morning, the MPB issued a notice stating that the PLA is implementing a seventh live-fire zone from 10 a.m. Aug. 4 to 10 a.m. Aug. 8, one day later than the other live-fire areas. The bureau warned ships to avoid the zone during the exercises and navigate with caution in areas nearby.

The MPB stated that it had received notice of the additional zone via the international aviation announcement system. Amid concerns that the new live-fire district would affect commercial flight routes to Japan and the Philippines, Minister of Transportation and Communications Wang Kwo-tsai (王國材) was cited by ETtoday as saying that this new area would not affect civil aviation.

According to the bureau, the nearest port to the new zone is Hualien Port, which is about 130 kilometers away. The bureau stated that shipping at the port will not be affected by the new live-fire area.

The coordinates of the new zone are as follows: 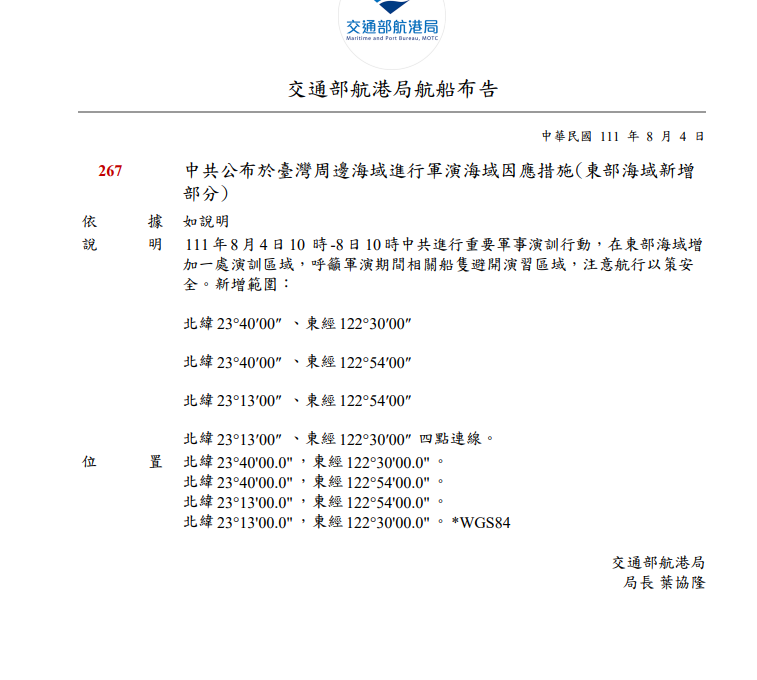