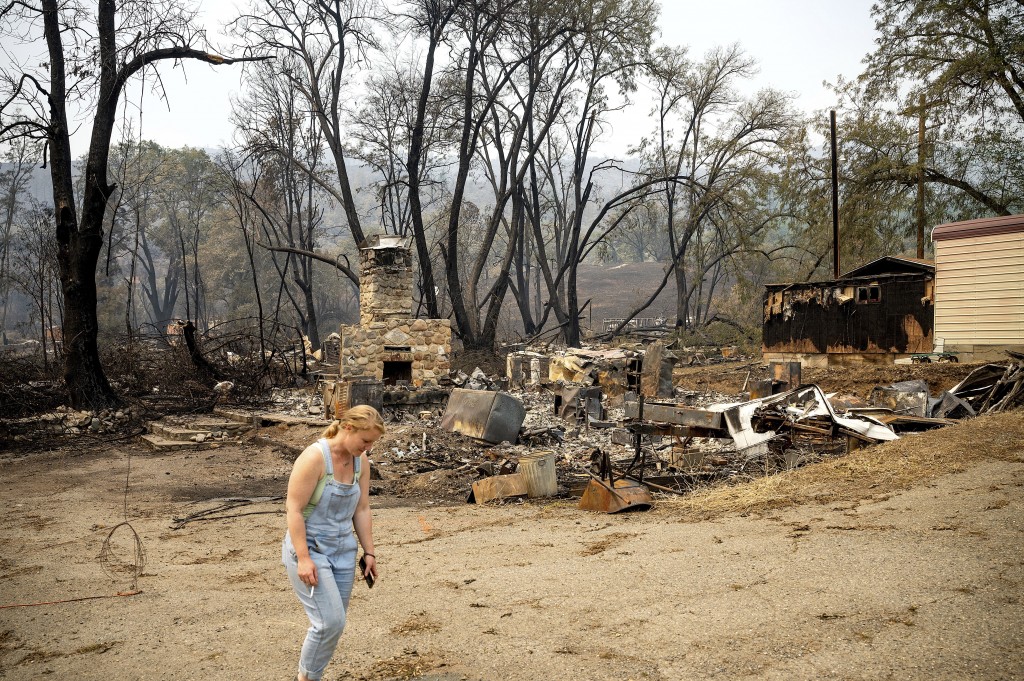 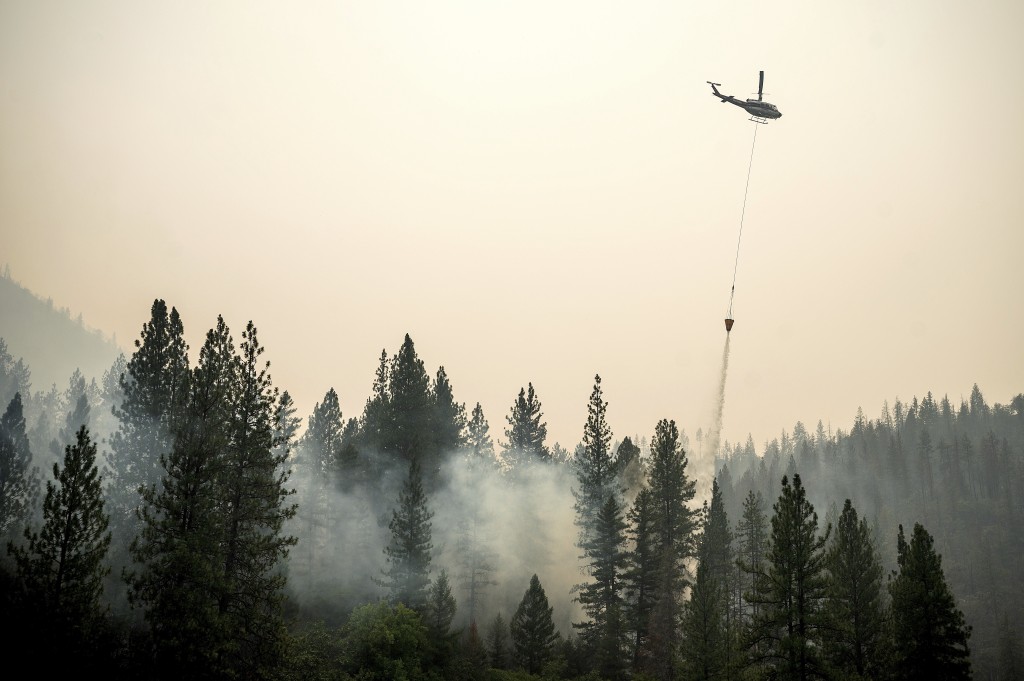 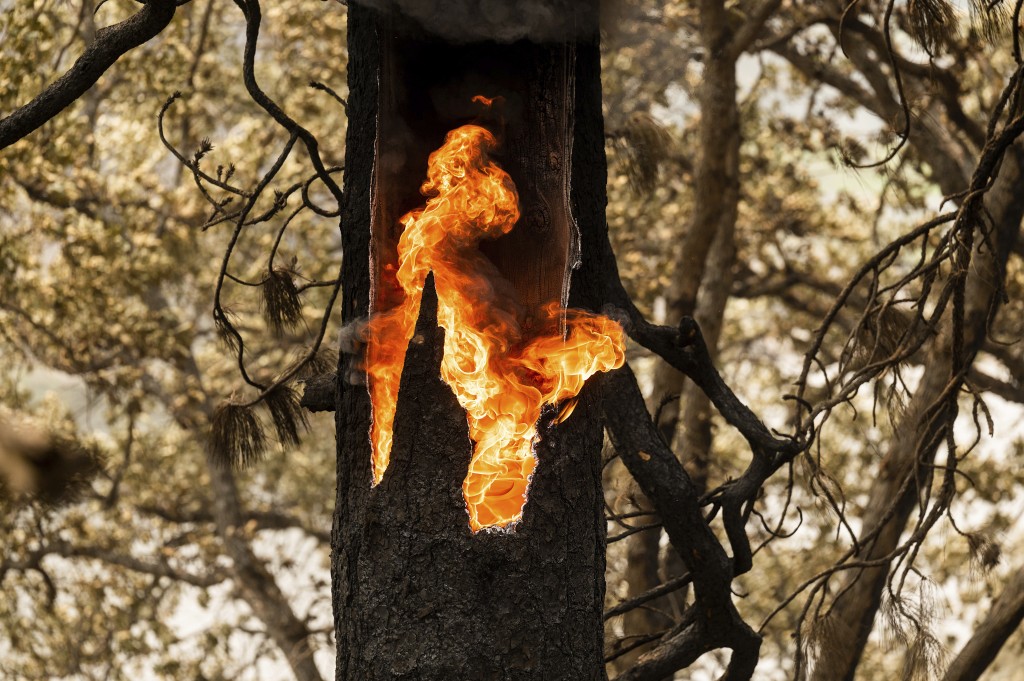 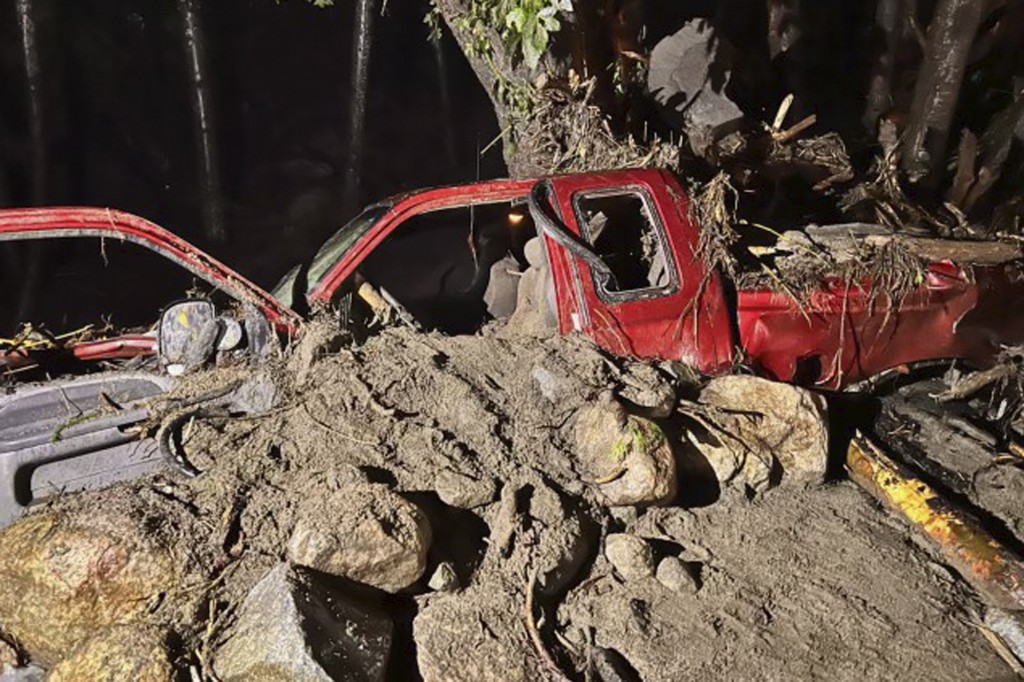 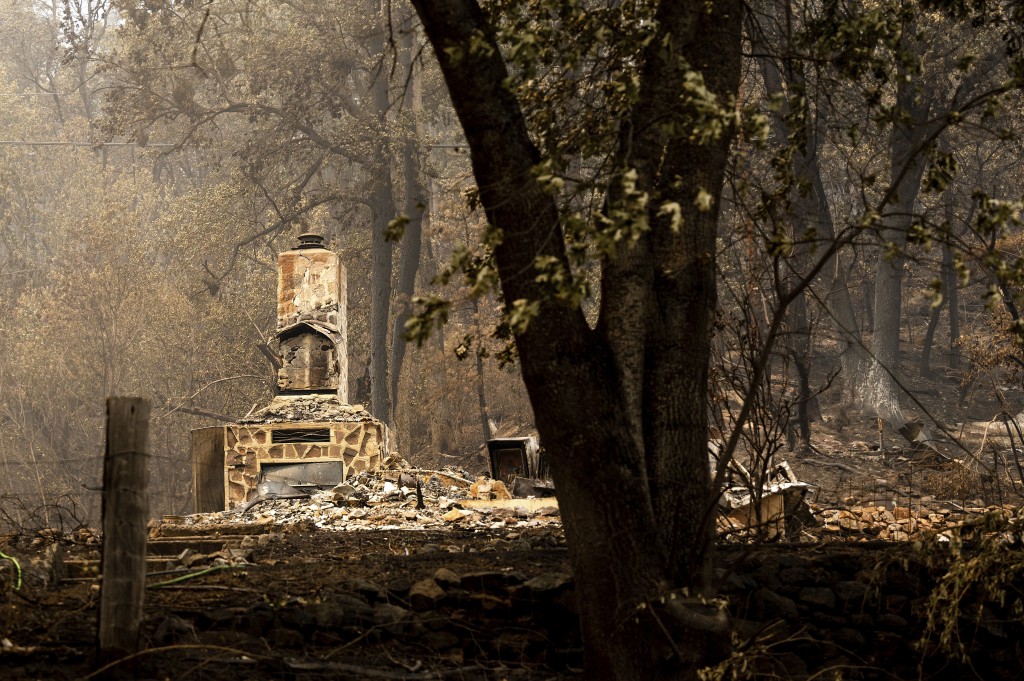 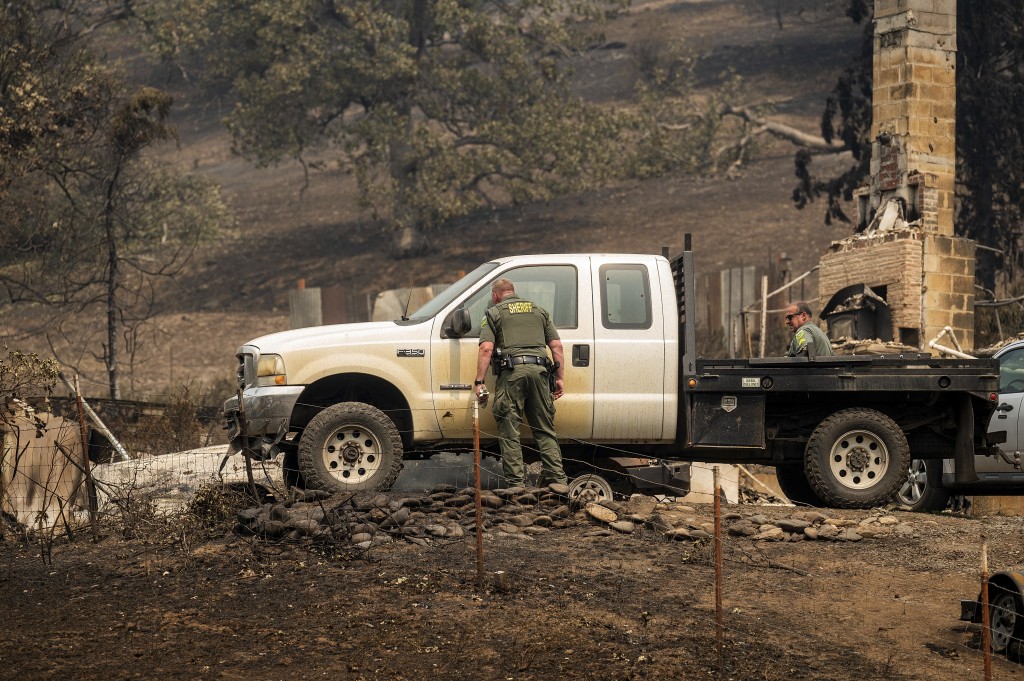 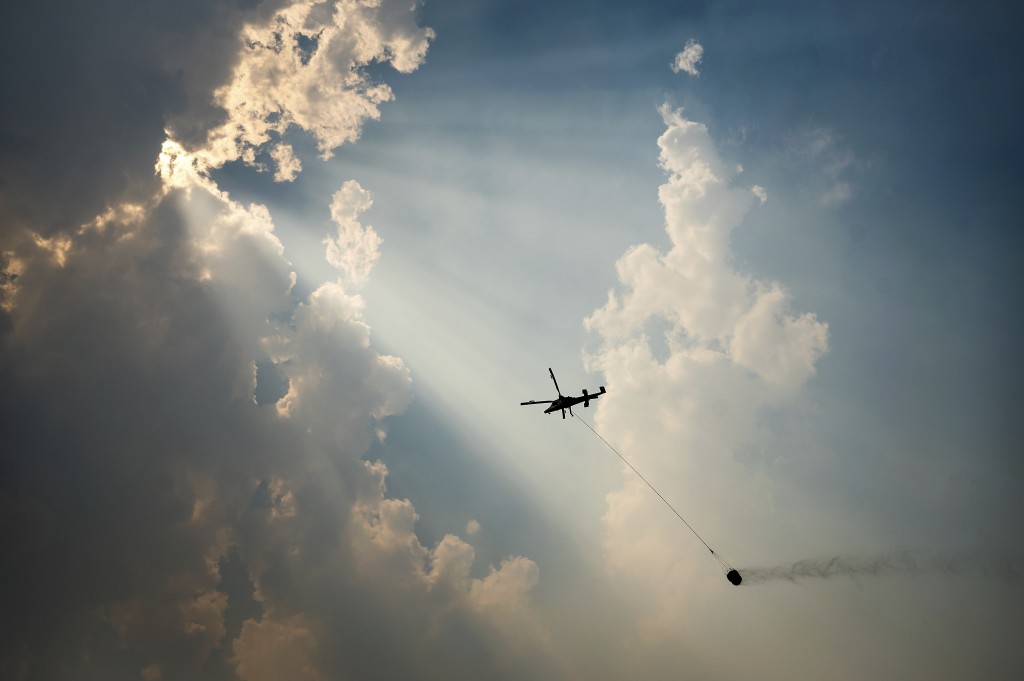 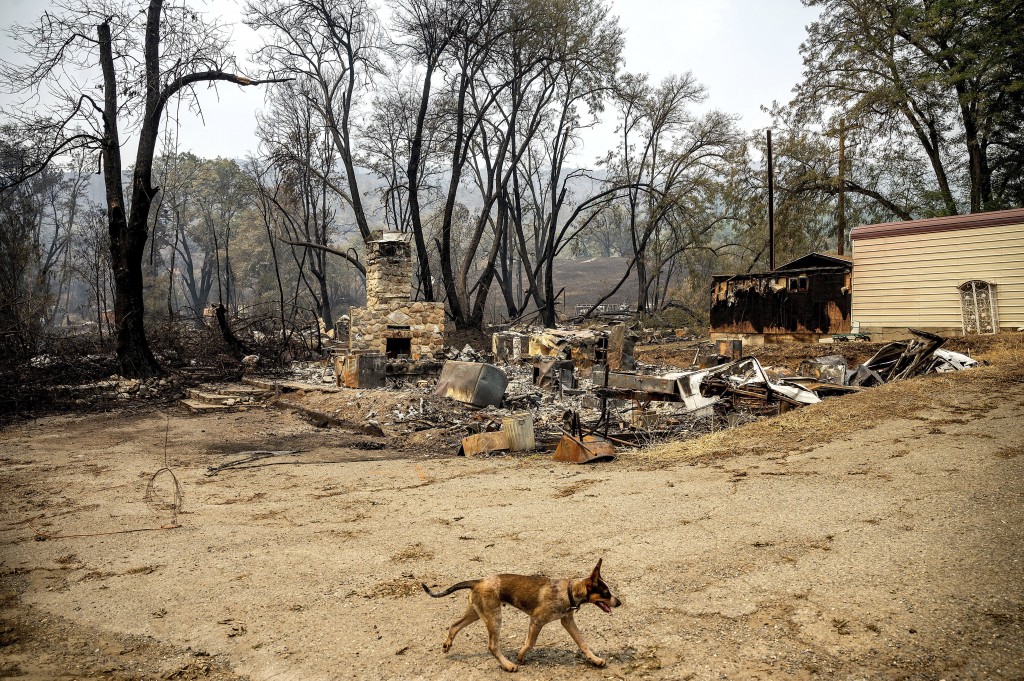 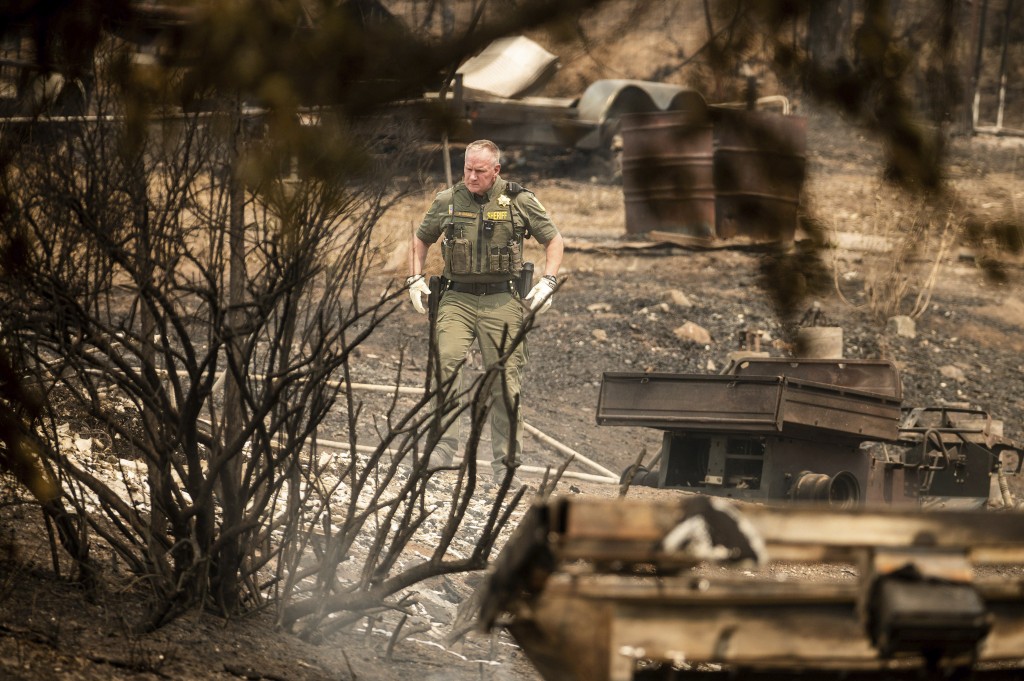 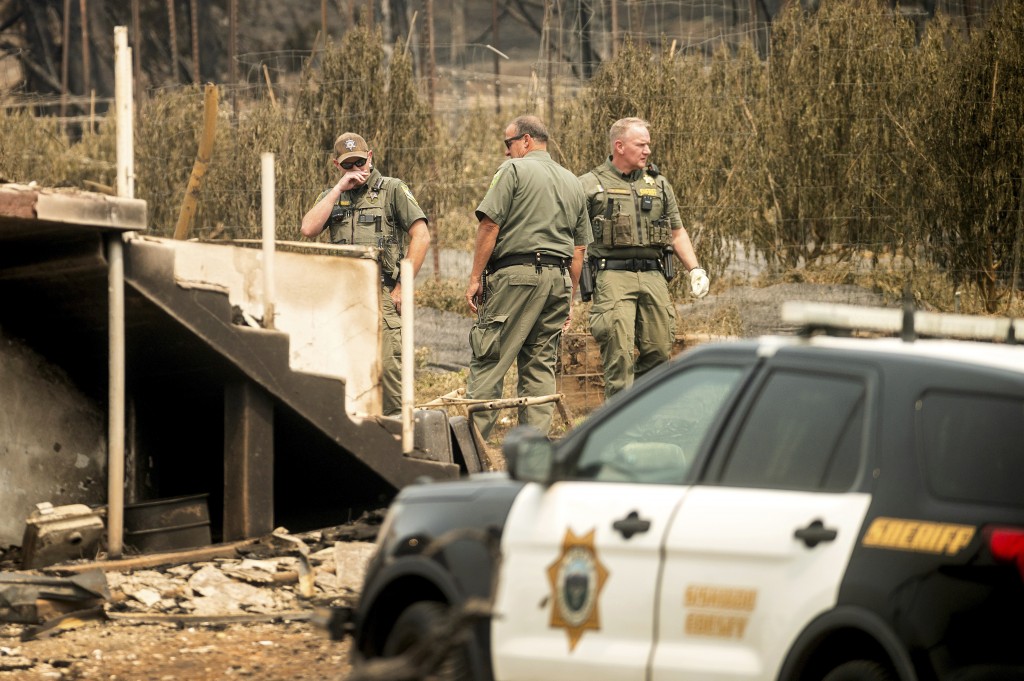 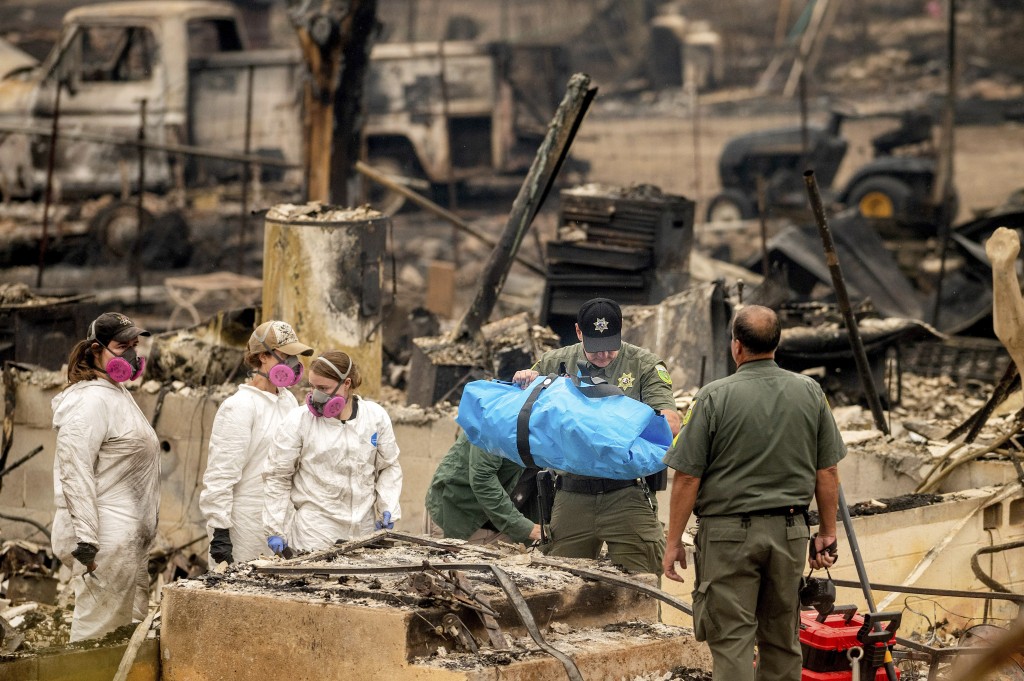 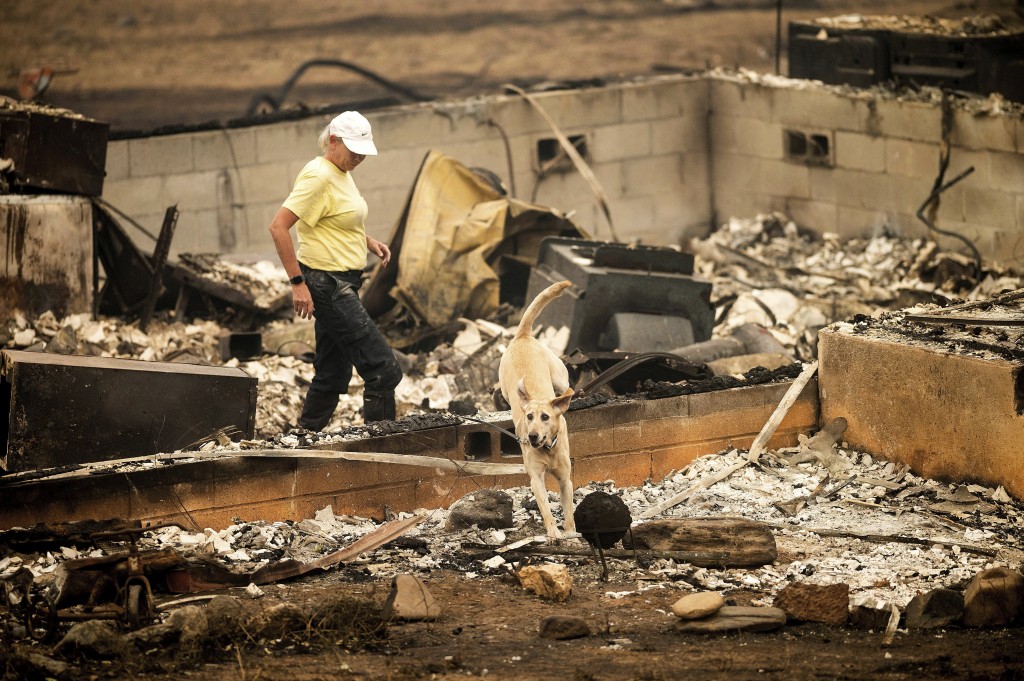 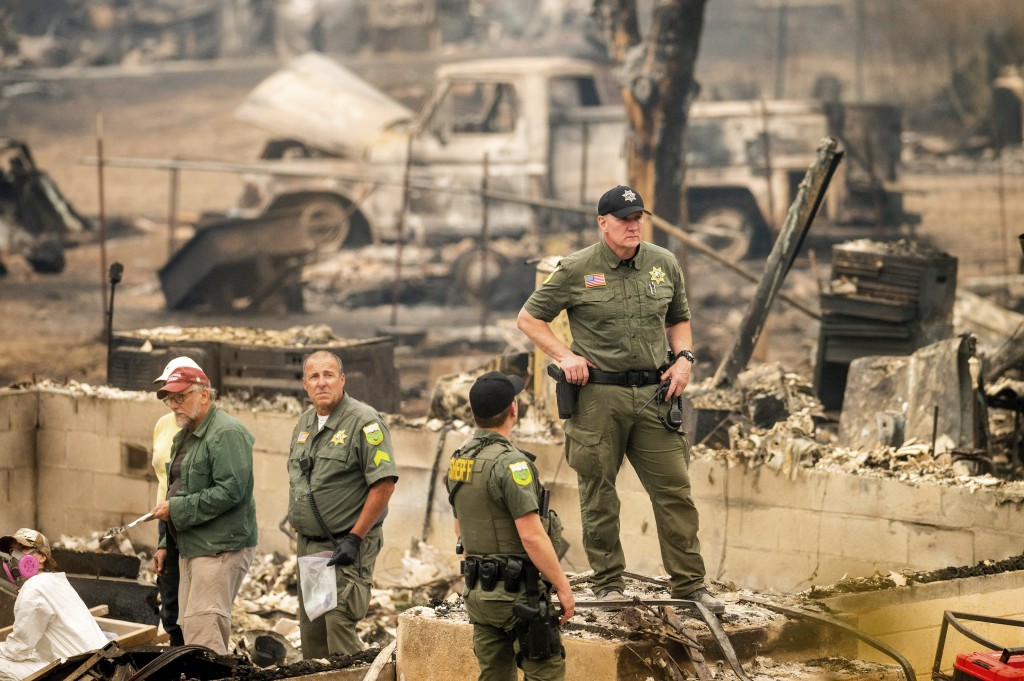 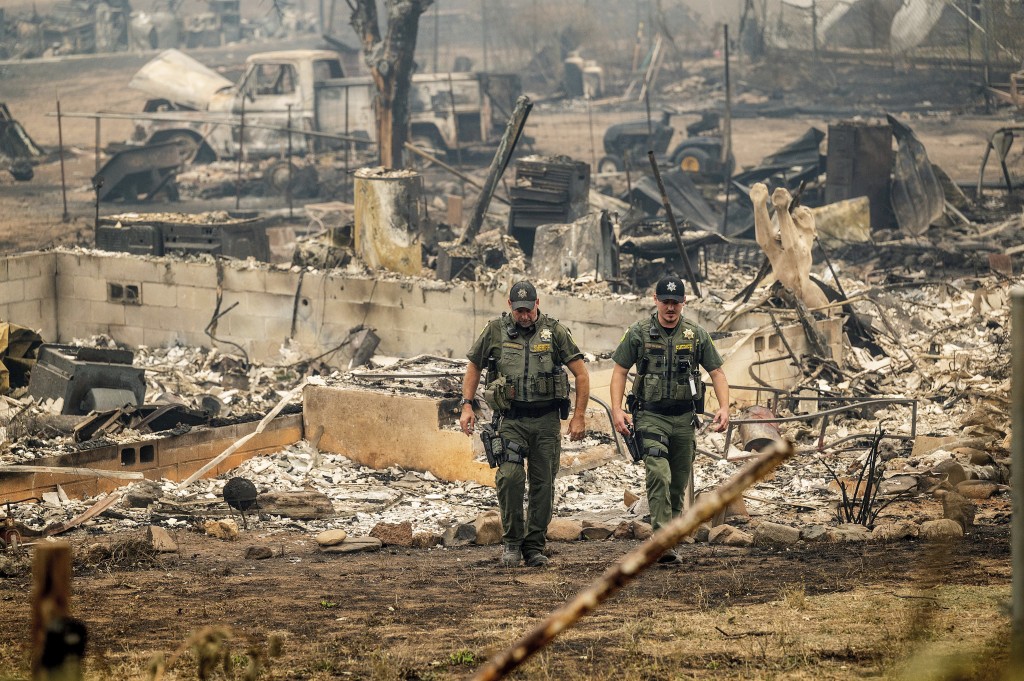 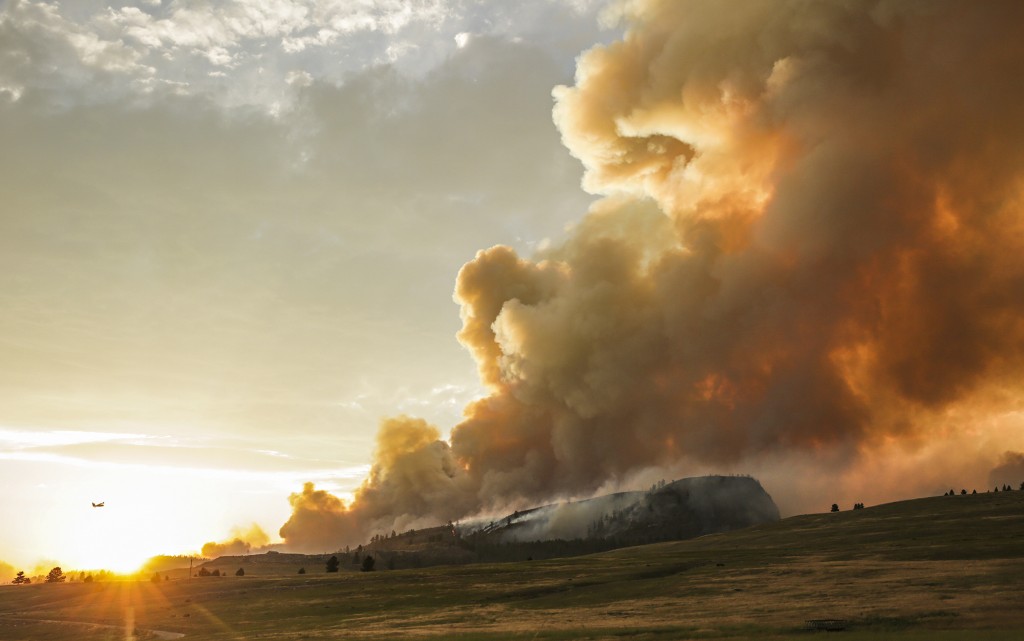 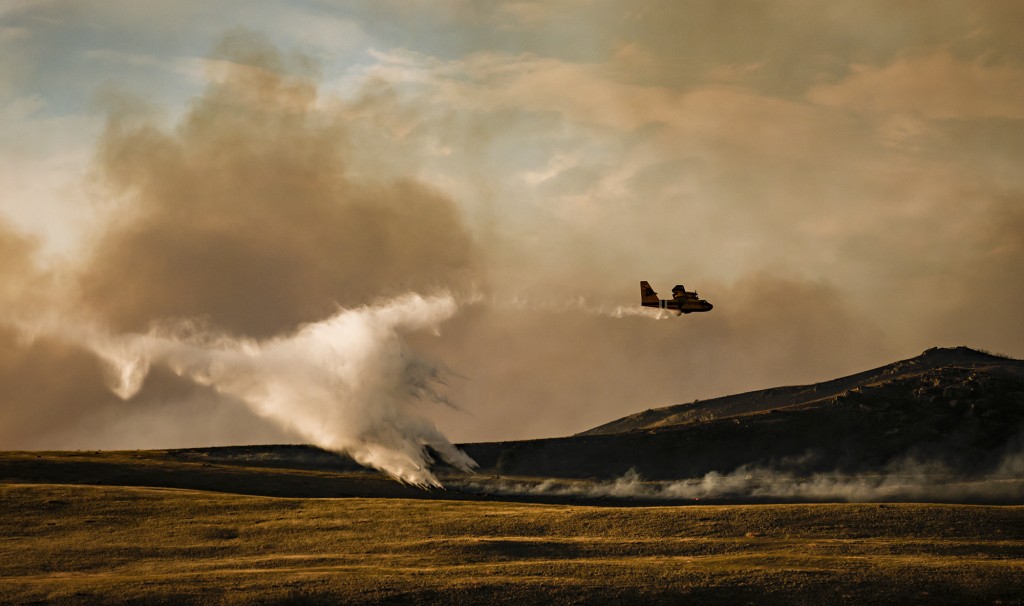 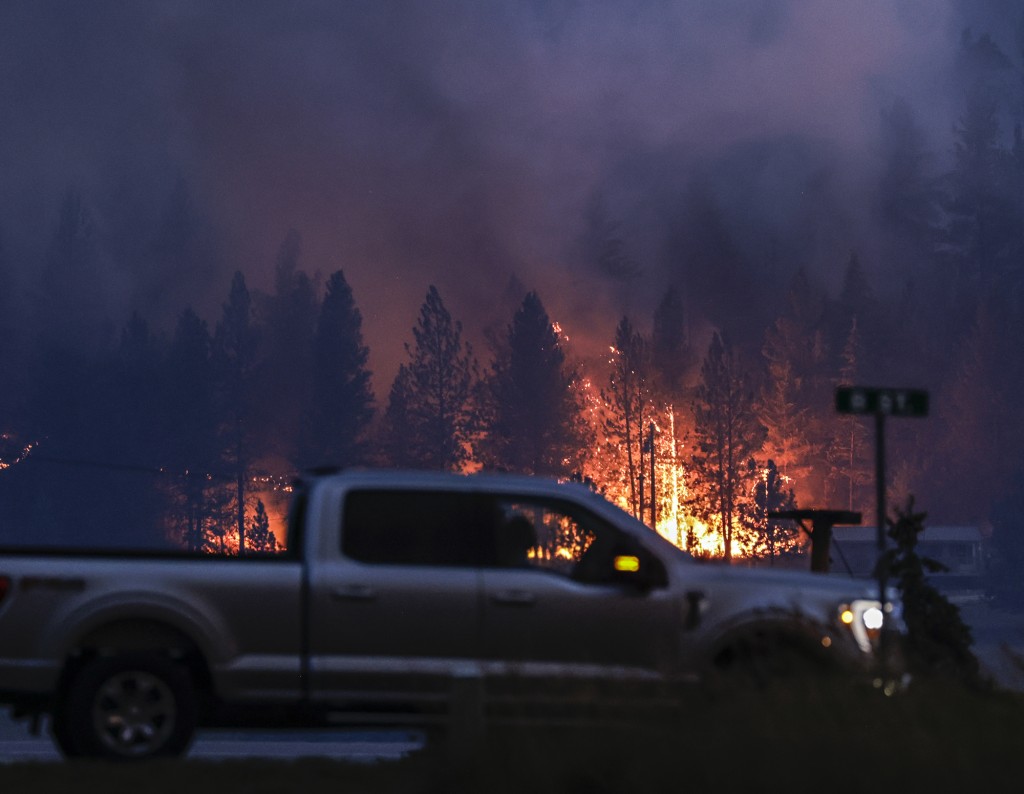 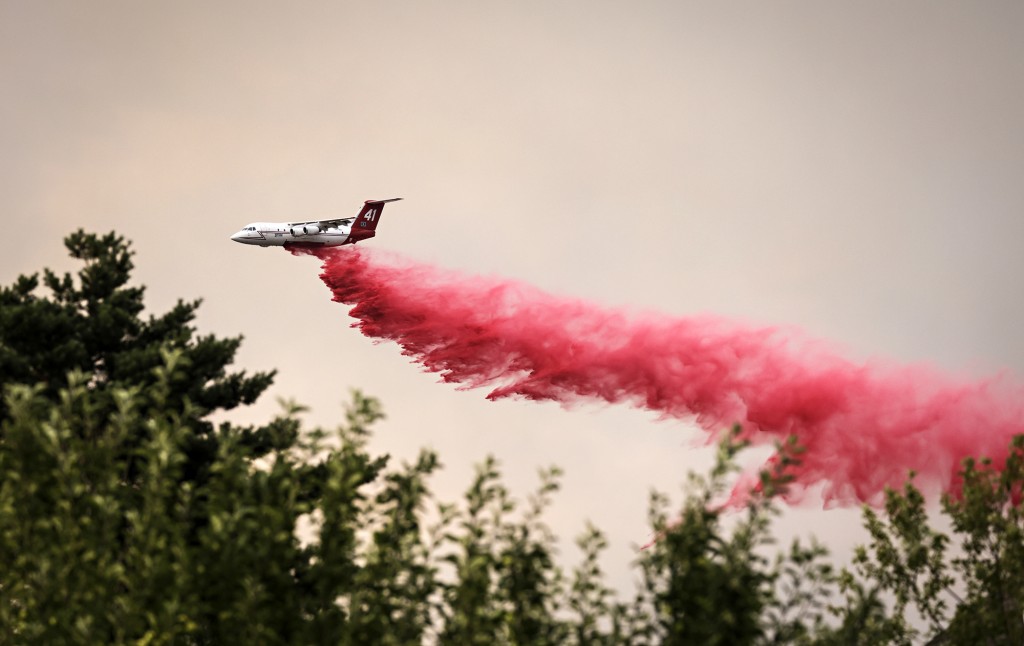 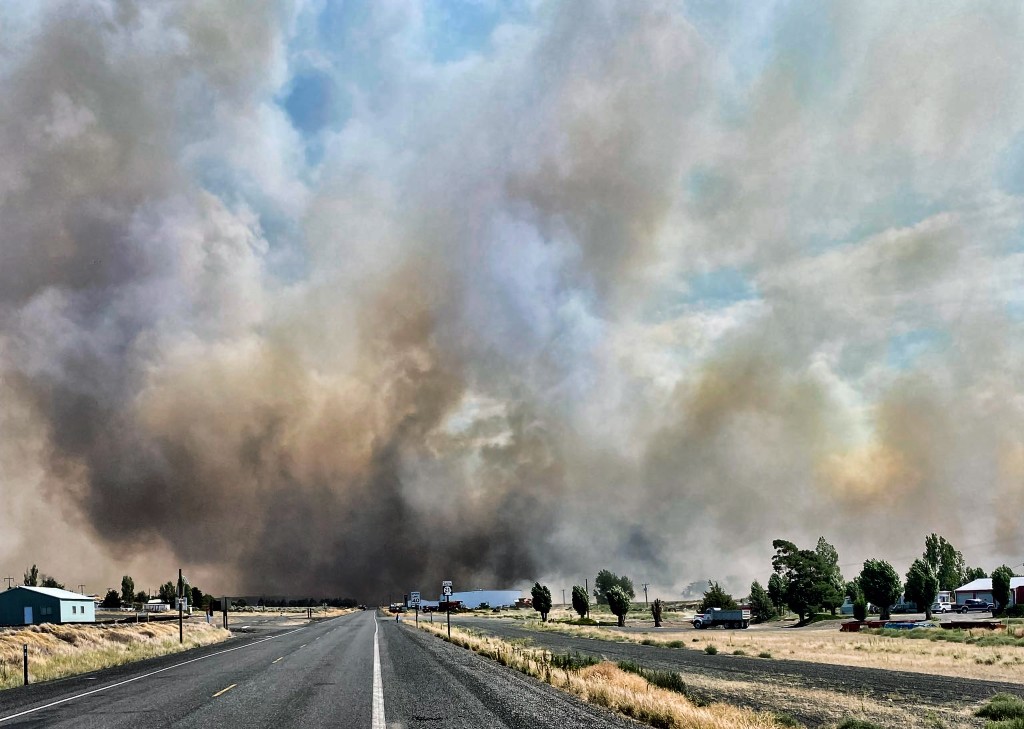 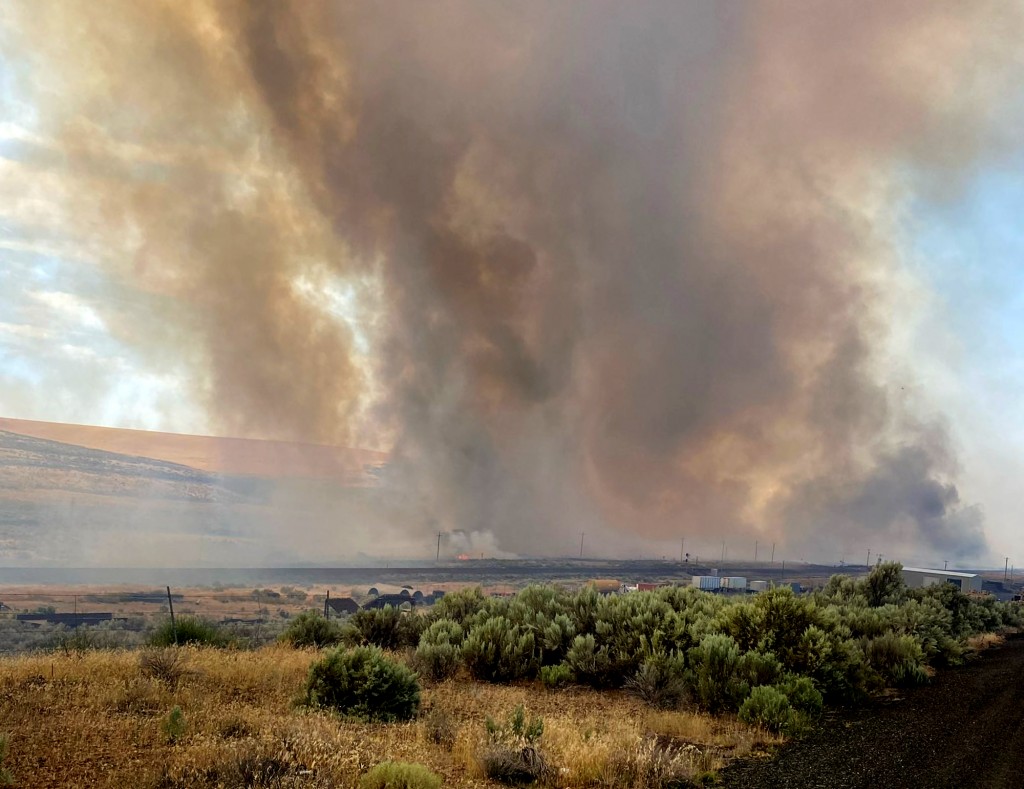 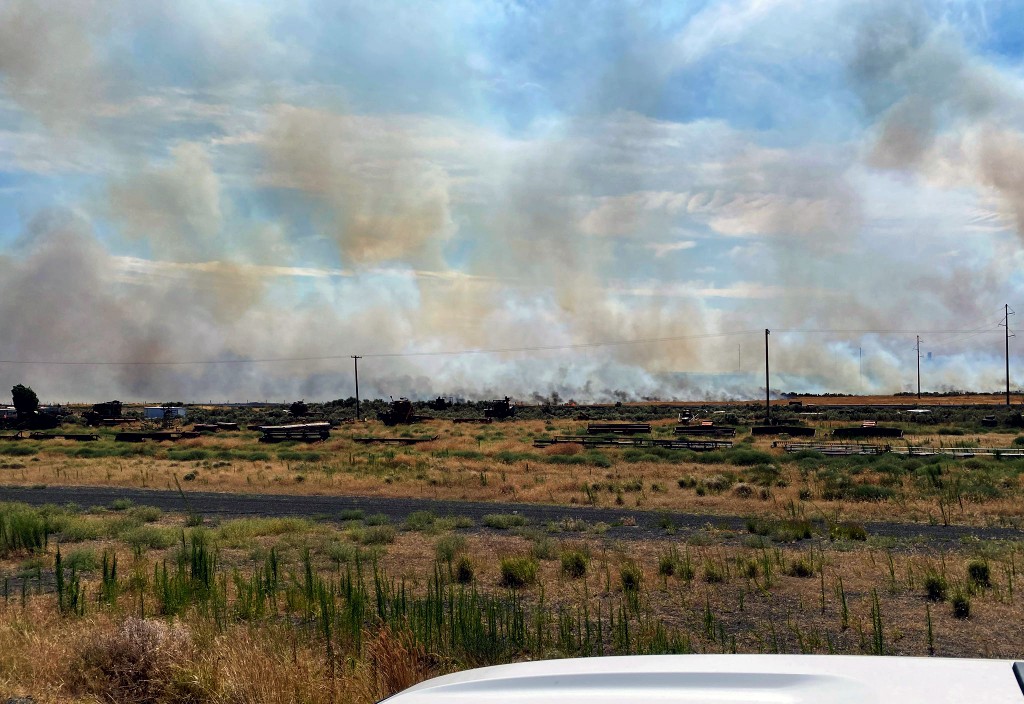 KLAMATH RIVER, Calif. (AP) — California firefighters made gains against the state's deadliest and largest wildfire of the year just as an eastern Washington town was being evacuated Thursday because of a blaze that was burning homes.

At about 1:30 p.m. the Adams County Sheriff’s Office said on Facebook that homes in Lind had burned.

“At this time all residents of the town of Lind need to evacuate immediately,” the sheriff’s office said in the post.

Later Thursday, Sheriff Dale Wagner said six homes had burned as well as eight other structures. With the help of state and local resources, Wagner said the fire was starting to calm down and only the south end of town remained under evacuation orders.

“They will be fighting it through the night to make sure it doesn’t flare up anymore or get worse,” he said, adding that firefighters were dealing with high heat and windy conditions.

He said one firefighter suffered smoke inhalation and was flown to Spokane for treatment.

Lind is a community of about 500 people approximately 75 miles (121 kilometers) southwest of Spokane.

The State Fire Marshal’s office said the blaze had burned through about 3.9 square miles (10.1 square kilometers). Homes, infrastructure and crops were threatened. The cause of the fire was under investigation.

After five days of no containment, the McKinney Fire in Siskiyou County near the Oregon border was 10% surrounded by Wednesday evening. Bulldozers and hand crews were making progress carving firebreaks around much of the rest of the blaze, fire officials said.

At the fire's southeastern corner, evacuation orders for sections of Yreka, home to about 7,800 people, were downgraded to warnings, allowing residents to return home but with a caution that the situation remained dangerous.

The fire didn’t advance much at midweek, following several days of brief but heavy rain from thunderstorms that provided cloudy, damper weather. But as the clouds clear and humidity levels drops in the coming days, the fire could roar again, authorities warned.

“This is a sleeping giant right now,” said Darryl Laws, a unified incident commander on the blaze.

“The heat, the dry conditions, along with afternoon breezes, that’s the kind of thing that could keep the fire pretty active,” he said Thursday.

The blaze broke out last Friday and has charred nearly 92 square miles (238 square kilometers) of forestland, left tinder-dry by drought. More than 100 homes and other buildings have burned and four bodies have been found, including two in a burned car in a driveway.

The blaze was driven at first by fierce winds ahead of a thunderstorm cell. More storms earlier this week proved a mixed blessing. A drenching rain Tuesday dumped up to 3 inches (7.6 cm) on some eastern sections of the blaze but most of the fire area got next to nothing, said Dennis Burns, a fire behavior analyst.

The latest storm also brought concerns about possible river flooding and mudslides. A private contractor in a pickup truck who was helping the firefighting effort was hurt when a bridge gave out and washed away the vehicle, Kreider said. The contractor's injuries were not life-threatening.

The progress against the flames came too late for many people in the scenic hamlet of Klamath River, which was home to about 200 people before the fire reduced many of the homes to ashes, along with the post office, community center and other buildings.

At an evacuation center Wednesday, Bill Simms said that three of the four victims were his neighbors. Two were a married couple who lived up the road.

“I don’t get emotional about stuff and material things,” Simms said. “But when you hear my next-door neighbors died ... that gets a little emotional.”

Their names haven’t been officially confirmed, which could take several days, said Courtney Kreider, a spokesperson with the Siskiyou County Sheriff’s Office.

Simms, a 65-year-old retiree, bought his property six years ago as a second home with access to hunting and fishing. He went back to check on his property Tuesday and found it was destroyed.

“The house, the guest house and the RV were gone. It’s just wasteland, devastation,” Simms said. He found the body of one of his two cats, which he buried. The other cat is still missing. He was able to take his two dogs with him to the shelter.

Harlene Schwander, 82, lost the home she had just moved into a month ago to be closer to her son and daughter-in-law. Their home survived but her house was torched.

Schwander, an artist, said she only managed to grab a few family photos and some jewelry before evacuating. Everything else — including her art collection — went up in flames.

“I’m sad. Everybody says it was just stuff, but it was all I had,” she said.

Meanwhile, firefighters expected Thursday to fully surround a 1,000-acre (404-hectare) spot fire on the northern edge of the McKinney Fire.

To the southeast, wet weather was a concern for burn scars from last year’s big wildfires along the Sierra’s eastern front. The weather service issued flood watches for Thursday and Friday along the California-Nevada line. They included areas burned in the Caldor Fire east of Sacramento and the Tamarack Fire west and south of Lake Tahoe.

Despite the scattered storms, California and much of the rest of the West is in drought and wildfire danger is high, with the historically worst of the fire season still to come. Fires are burning in Montana, Idaho and Nebraska and have destroyed homes and threaten communities.

Scientists say climate change has made the West warmer and drier over the last three decades and will continue to make weather more extreme and wildfires more frequent and destructive. California has seen its largest, most destructive and deadliest wildfires in the last five years.

In northwestern Montana, a fire that has destroyed at least four homes and forced the evacuation of about 150 residences west of Flathead Lake continued to be pushed north by winds on Wednesday, fire officials said.

The Moose Fire in Idaho has burned more than 85 square miles (220 square km) in the Salmon-Challis National Forest while threatening homes, mining operations and fisheries near the town of Salmon.

And a wildfire in northwestern Nebraska led to evacuations and destroyed or damaged several homes near the small city of Gering.