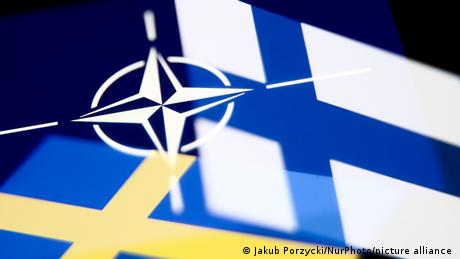 The United States Senate on Wednesday approved Finland and Sweden's accession to NATO.

The Nordic countries, which had long maintained neutrality, launched a bid to join the 30-member alliance in light of Russia's invasion of Ukraine.

The vote on Wednesday easily surpassed the two-thirds majority needed to back the ratification of the accession documents, with 95 senators voting in support.

Only one Republican senator, Josh Hawley, voted against the the candidacy of the two European nations.

"This historic vote sends an important signal of the sustained, bipartisan US commitment to NATO, and to ensuring our Alliance is prepared to meet the challenges of today and tomorrow," US President Joe Biden said in a statement.

The process for Finland and Sweden to join NATO

At this stage, the two countries are allowed to participate in the alliance's meetings.

Helsinki and Stockholm, however, are still not protected by Article Five — NATO's collective defense rule that stipulates that an attack on one of its members is an attack against all.

All 30 NATO member states must approve ratify the accession protocols.

Several countries, including Germany, Canada and Italy, have already approved the ratification.

Earlier on Wednesday, France's National Assembly voted in favor of Finland and Sweden's NATO memberships. The French Senate had also approved it two weeks ago.

However, Turkey has threatened to block Stockholm and Helsinki's bids.

Ankara had accused the two countries of supporting what it deems terrorist organizations, including the Kurdistan Workers' Party (PKK), the Kurdish YPG militia active in northern Syria and the Gulen movement.

Although the three countries reached an agreement, Turkey still threatens to block the accession if the two Nordic countries do not extradite suspects Ankara seeks over terrorism-related charges.