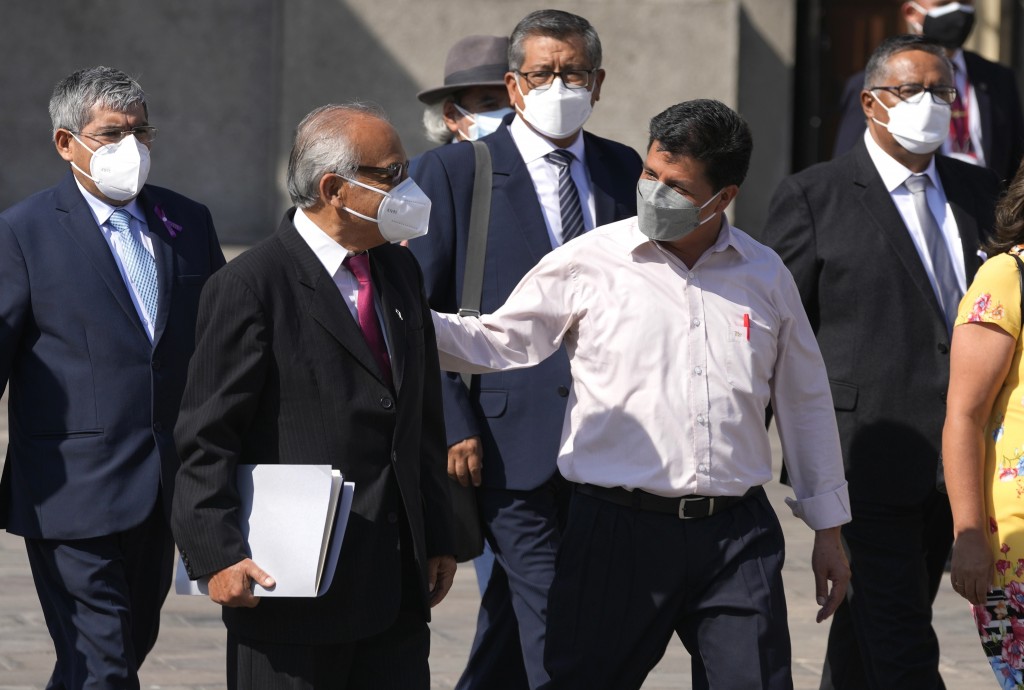 Castillo, who under the law can accept or reject the resignation, made no comment.

Torres was Castillo’s fourth prime minister, having taken the post in February. Previously, he had been justice minister since Castillo took office July 28, 2021.

Castillo was a rural teacher before he shocked Peru's political elite by winning election as president campaigning on promises to improve education, health care and other services. But the political neophyte's first year has seen near constant turmoil, with Cabinet members changing multiple times and Castillo staving off two impeachment attempts.

The president also has five investigations pending against him, including some involving claims of corruption and one for the alleged plagiarism of his master’s thesis.

Torres, who said he wanted to return to university teaching, has been a strong defender of Castillo. He has criticized the press and said those attacking the president “belong to the upper class, the right and the ultra-right.” He said those who are accusing the president are “the real thieves, who have stolen billions” from Peru.