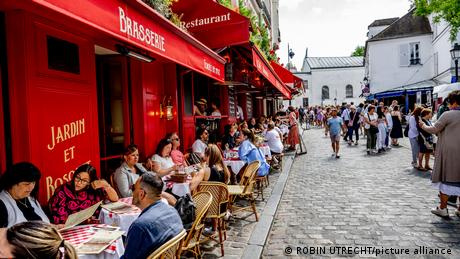 Emmanuel Macron's centrist alliance managed to push through a €20 billion ($20.3 billion) package to combat the cost-of-living crisis in France, with conservative Republicans and far-right National Rally also supporting the initiative in the National Assembly for the final vote on Wednesday.

The measures aims to counter inflation, driven by the rise of food and energy prices. Annual inflation is estimated to be at 6.5% in France.

The response boosts pensions and certain welfare programs by 4%, as well as raising civil servants' salaries by 3.5% percent. The state will also cap rent increases 3.5%. Under the new law, a state-financed rebate of 18 cents per liter of fuel will be boosted to 30 cents in September and October. Existing price caps on gas and electricity will be prolonged.

The package also allows private companies to offer annual tax-free bonuses of up to €6,000. The previous limit was €1,000. Additionally, it allows for the possibility of requisitioning power-generating plants in an emergency, as well as installing a floating terminal in the port city of Le Havre for liquefied natural gas.

Lawmakers from France's Senate, the upper house of parliament, also endorsed the measures on Wednesday.

Leftists against the bill

The initiative, which required weeks of debates and multiple parliamentary votes, was seen as a crucial test for Emmanuel Macron and his allies after they lost absolute majority in the June parliamentary elections. On Wednesday, Macron's centrist Renaissance (formerly La Republique En Marche!) secured support of 395 lawmakers, with 112 voting against.

"This text responds to the urgency of the situation and the needs of the people," said Christine Le Nabour, a lawmaker from Macron's Renaissance party.

But the package was slammed by the leftist NUPES coalition, the biggest opposition force in the assembly.

"You accepted amendments that mean the poor work more to earn less and less," said Sandrine Rousseau, a green party lawmaker and member of the NUPES bloc.