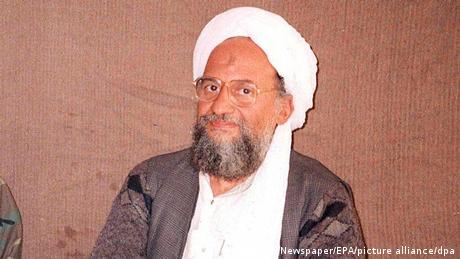 "This terrorist leader is no more," he added.

Al-Zawahri, 71, took reins of the militant group after Osama bin Laden was assassinated by US troops in Pakistan in 2011. The US had been hunting al-Zawahiri for decades.

Biden said that he hoped the al-Qaeda chief's killing brings "one more measure of closure" to families of the victims of the September 11, 2001, terrorist attacks orchestrated by al-Qaeda. Washington accused the Taliban of sheltering the 9/11 masterminds and invaded the country in October that year.

After the withdrawal of NATO troops from Afghanistan in 2021, the Taliban toppled President Ashraf Ghani's government and retook Kabul.

The US president also said that al-Zawahiri had moved to Kabul to reunite with his immediate family. "No matter where you hide, the United States will find you and take you out," he said.

Al-Zawahiri's presence in Afghanistan, however, indicates that al-Qaeda started regrouping in Afghanistan following the US withdrawal from the war-torn country. His killing is likely to further complicate Washington's ties with Afghanistan's new rulers, who, for years, have denied any link to the militant group.

Is al-Qaeda regrouping in Afghanistan?

The Taliban leaders in Kabul were quick to condemn the US drone strike, terming it a violation of their agreement with Washington in 2020.

A Taliban source familiar with the situation told DW on condition of anonymity that the targeted house is located in Kabul's Wazir Akbar Khan area, where senior Taliban leaders are residing. Residents told DW that the Taliban have cordoned off the area.

This raises the question: What was al-Zawahiri doing in that neighborhood?

"It has proven how unreliable they are. The have been telling the international community for years there is no al-Qaeda presence in Afghanistan, but al-Qaeda's top leader was staying in downtown Kabul," Jalali told DW.

A recent UN Security Council report expressed concern over the rise of al-Qaeda in Afghanistan, saying the group helped the Taliban seize power in the country last year. According to the report, al-Qaeda leaders have enjoyed greater freedom in Afghanistan since the Taliban captured Kabul but have largely confined themselves to advising and supporting the Islamic fundamentalist group.

A blow to Taliban's recognition efforts

Since seizing power, the Taliban have been pressing the international community to recognize them as Afghanistan's legitimate rulers.

International recognition is crucial for the Taliban to avoid a possible economic collapse. Millions of Afghans are jobless and their bank accounts are frozen. Many people are selling their possessions to buy food, and urban communities are facing food insecurity on levels similar to rural areas for the first time.

In January, the United Nations made the "biggest-ever appeal" for humanitarian aid for a single country, saying it needed $4.4 billion (€3.9 billion) for Afghanistan to prevent the "world's most rapidly growing humanitarian crisis" from deteriorating further.

But the international community has been reluctant to hand over the funds directly to the Taliban, fearing that they would use the money to buy weapons. For the same reason, Washington has refused to unfreeze Afghanistan's bank assets.

The fact that al-Zawahiri was hiding in Kabul is likely to dent Taliban efforts to get support from the international community.

Humanitarian aid on a backburner?

"The Taliban never held intra-Afghan talks, and they don't respect women's rights. On top of it, they did not sever ties with terrorist networks like al-Qaeda," Jalali said.

"The Doha agreement is now defunct. It has not been implemented the way it was intended to. The Taliban failed to make good on their commitments," he added.

The Washington-based professor claims that not only al-Qaeda, numerous other militant organizations now find a "safe haven" in Afghanistan.

US Secretary of State Antony Blinken said the Taliban "grossly" violated the 2020 Doha Agreement by sheltering al-Zawahiri, but Washington "will continue to support the Afghan people with robust humanitarian assistance and to advocate for the protection of their human rights, especially of women and girls."

But the killing of al-Zawahiri is likely to divert attention from humanitarian aid and human rights to fighting militancy in Afghanistan. Common Afghans are likely to suffer more in the aftermath.