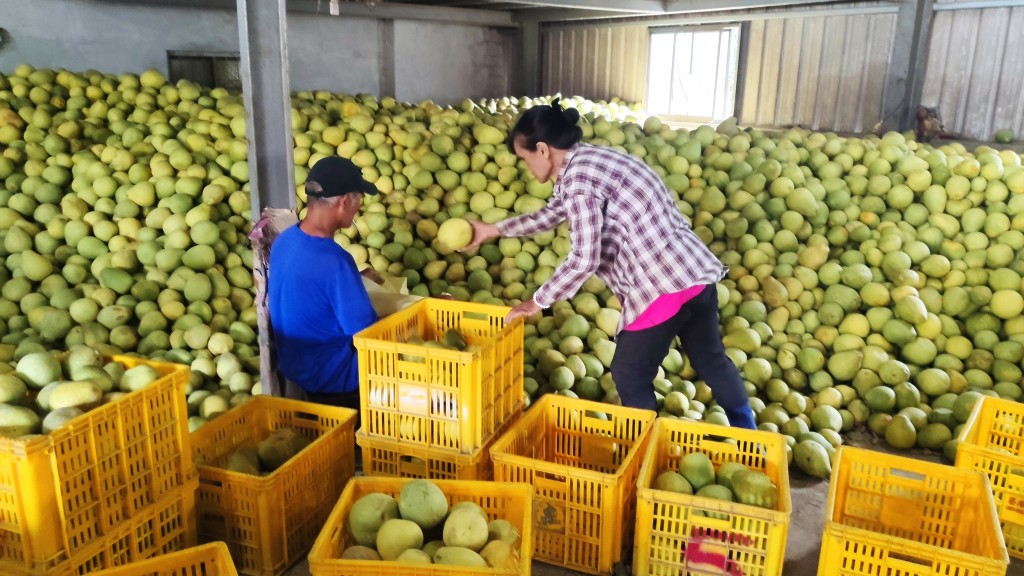 TAIPEI (Taiwan News) — Taiwanese pomelo growers have been caught off guard by China’s arbitrary ban on the fruit ahead of the Moon Festival, one of the festive foods at this time of the year.

The fresh round of import restrictions on Taiwan’s agricultural products targets two types of fish and citrus fruits, including the pomelo. The move could deal a blow to the cultivators as Mid-Autumn Festival is only a month away.

According to the Agriculture and Food Agency, China and Hong Kong accounted for 95% of Taiwan’s pomelo exports last year. Canada, Singapore, and Japan took up a meager 2%, 1.4% and 0.6%, respectively.

Hualien and Tainan, which together produce about half of the total exports, could be among the hardest hit, wrote UDN. Farmers worry they could see price cuts and excessive supply.

The farmers’ association for Madou District of Tainan, a well-known place for pomelo production, said it has joined a league of Taiwanese pomelo growers to divert sales of the fruit in anticipation of Chinese restrictions. Boosting corporate orders and increasing sales at platforms such as FamilyMart have been some of the solutions, per Liberty Times.

Turning pomelos into sauces and using them in fragrant or cleaning products has also picked up momentum over the past years as an effort to cushion the crop from impact, wrote UDN.