TAIPEI (Taiwan News) — Chinese hackers are suspected to be behind the defacement of digital signboards at a Taiwan Railways Administration (TRA) station and 7-Eleven stores that mocked U.S. House Speaker Nancy Pelosi on Wednesday (Aug. 3).

At 10:44 p.m. on Tuesday (Aug. 2), Pelosi and her congressional delegation arrived at Taipei Songshan Airport aboard a U.S. Air Force Boeing C-40C. However, the next morning, a TV screen at a TRA station began displaying a message referring to Pelosi as an "old witch" in simplified Chinese characters, while multiple screens at 7-Elevens began referring to her as a "warmonger." 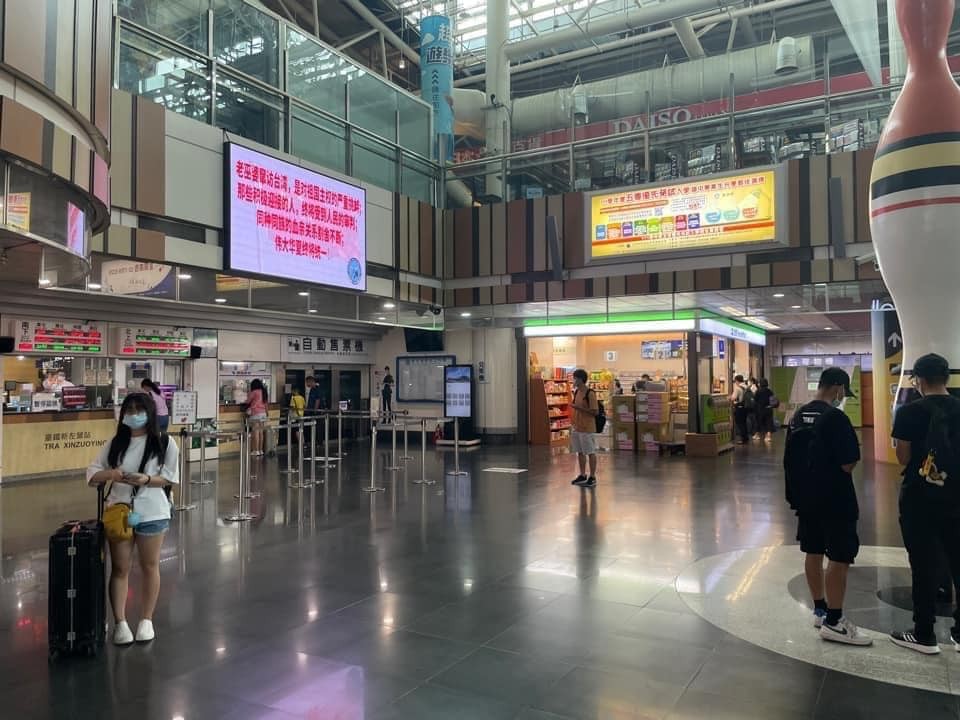 Wang Hao-yu (王浩宇), a former member of the Taoyuan City Council, at 11:40 a.m. posted photos of a sign seen in the TRA Xin Zuoying station that day that used simplified Chinese characters and included a Chinese flag in the background. The sign read as follows:

"The visit of the old witch to Taiwan is a serious challenge to the sovereignty of the motherland. Those who actively welcome it will be judged by the people. The blood ties of the same race will never be separated; the great China will eventually be unified!"

After investigating the incident, the TRA Xin Zuoying Station confirmed that the screen had been hacked, and it has requested the manufacturer to repair it, reported ETtoday. The station stated that if such a hack occurs again in the future, power will be immediately cut off and a detailed explanation will be provided later. 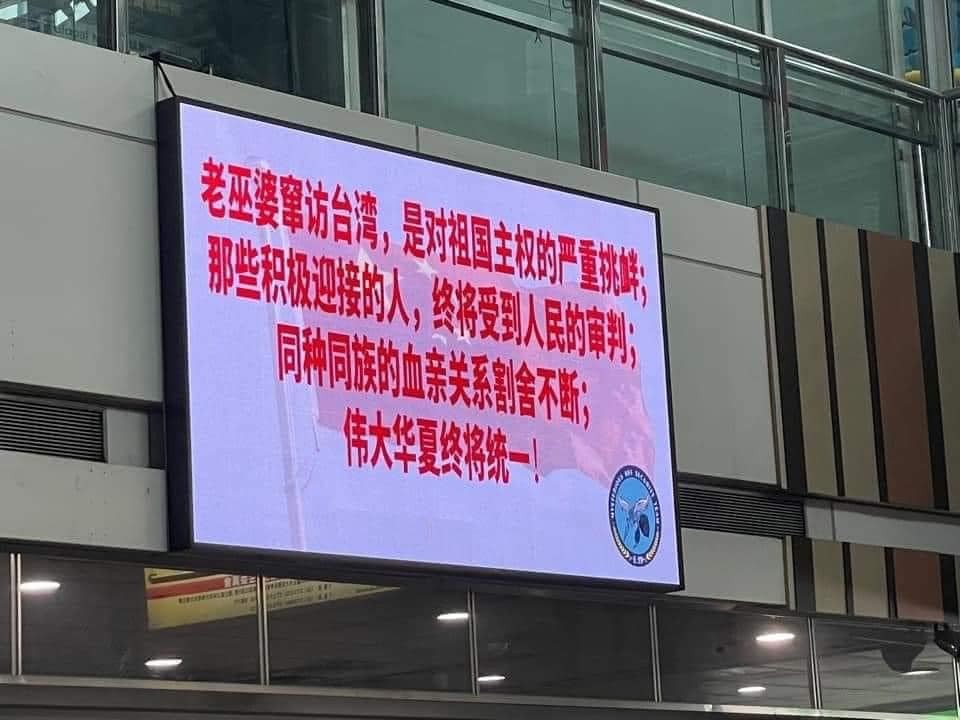 In addition, customers at multiple 7-Eleven branches across the country saw the following message displayed in traditional characters on store TV screens: "Warmonger Pelosi get out of Taiwan!" with photos of the rogue messages appearing on the Facebook group Breaking News Commune (爆廢公社). Based on a preliminary investigation, a 7-Eleven in front of the Legislative Yuan, as well as in Taipei's Neihu District, Hsinchu City, and Kaohsiung all experienced the cyberattack, reported TVBS. 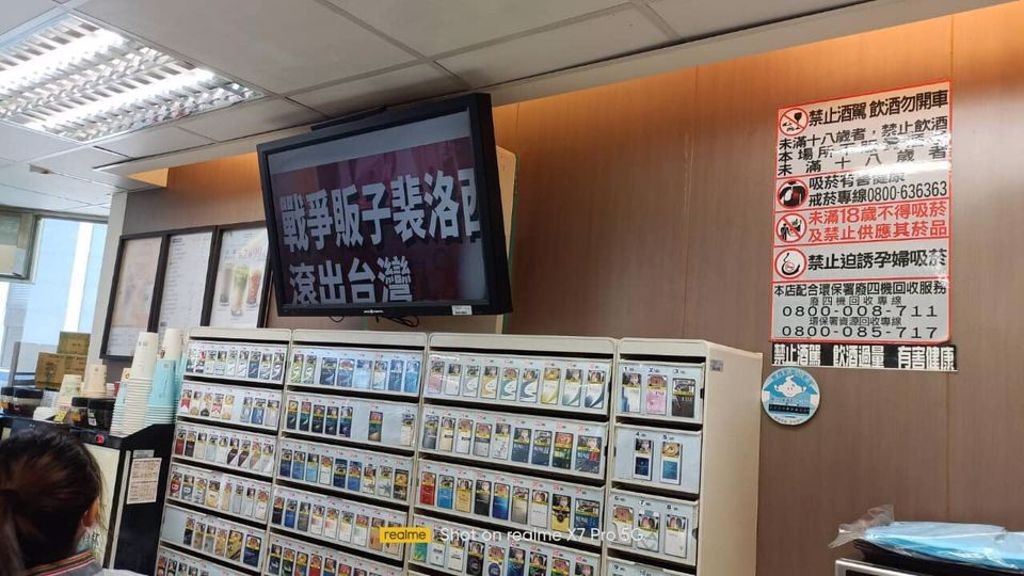 According to local store managers, the screens were functioning in the early morning, and it was not until customers began to report the strange message on the screen that they realized that they had been compromised. As of publication, the screens at the affected stores have been switched off and are awaiting emergency repairs.

The Taiwan operator of 7-Eleven Uni-President Enterprises Corp. told the news agency that the devices had been disrupted by an "unknown source" which broadcast the message. The manufacturer of the screens has been asked to carry out repairs immediately and the affected stores are otherwise operating normally. 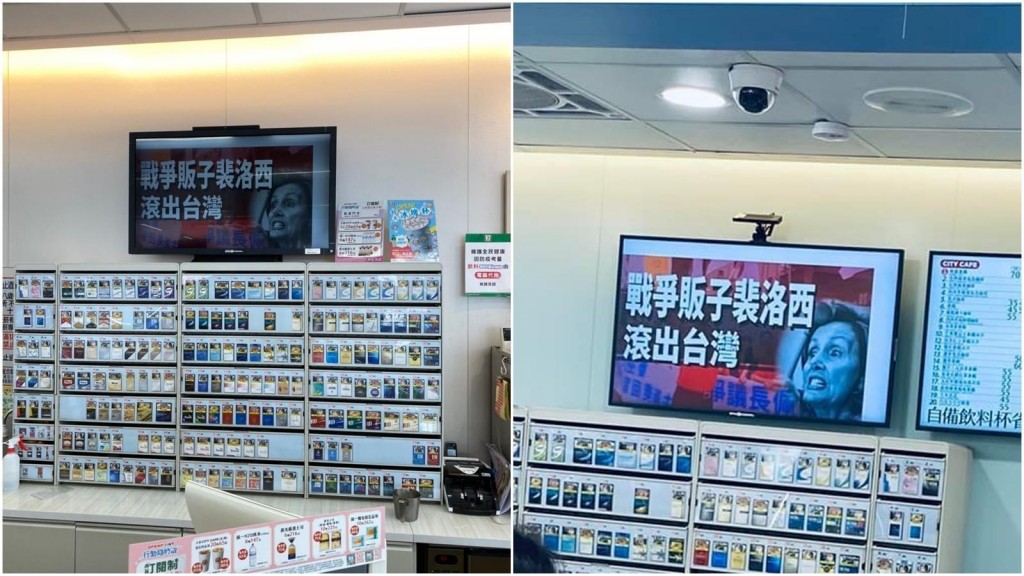