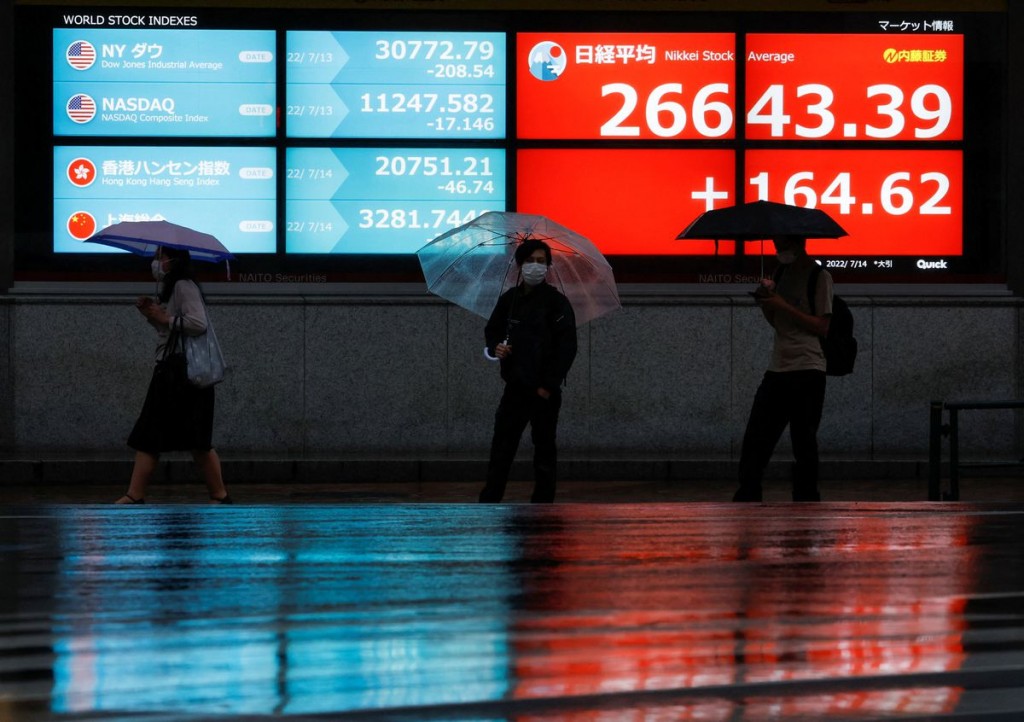 Stocks rose in volatile trading across Asia on Wednesday and the dollar pared early gains as investors weighed the potential fallout from U.S. House Speaker Nancy Pelosi's visit to Taiwan, which has angered China.

Bond yields were also helped as demand for the safest assets eased despite heightened tensions between the United States and China, which views Taiwan as a breakaway province.

"In the longer term, there will be more frictions between the U.S. and China," said Redmond Wong, Greater China market strategist at Saxo Markets in Hong Kong. "We have already been seeing selling from overseas investors in Chinese equities."

"Obviously, as investors in China, we would not like to see tensions escalate," said Thomas Masi, vice president and co-portfolio manager of the GW&K Emerging Wealth Strategy.

"And we don't see the benefit necessarily of this trip, but there could be something that we don't understand. On a risk-reward basis, should tensions ease, there's a lot more upside in these stocks."

FTSE futures were down 0.20% and Euro STOXX 50 futures dropped 0.08% ahead of markets opening in Europe.

A trio of Fed policymakers signalled on Tuesday that there would be no let up in the tightening campaign aimed at taming the highest inflation since the 1980s, even though it will take rates to a level that will more significantly curb economic activity.

Traders now see a chance of around 39.5% that the Fed will hike by another 75 basis points at its next meeting in September.