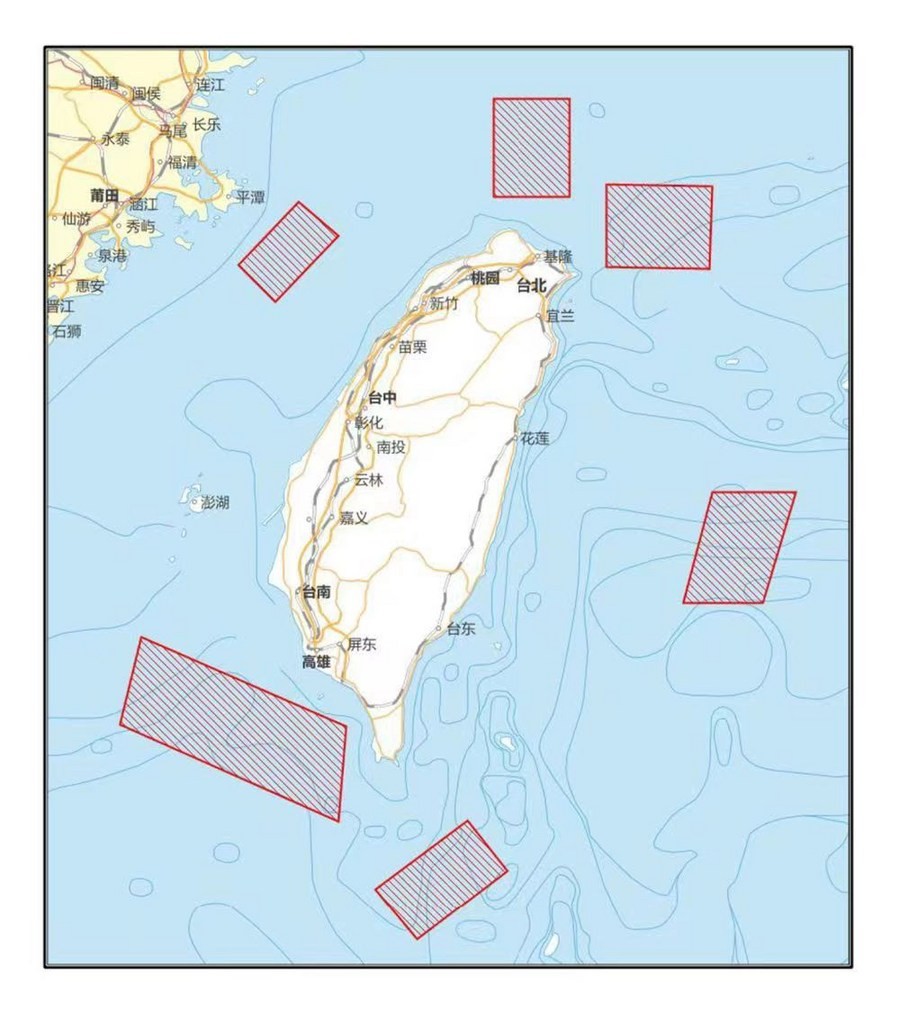 TAIPEI (Taiwan News) — The Ministry of Transportation and Communications (MOTC) revealed on Wednesday (August 3) it is coordinating with Japan and the Philippines to plan alternative cargo flight routes, following China’s recent announcement of military drills.

If the new routes are finalized, they will be announced immediately, MOTC said.

MOTC said it had considered the scope of the possible impact of the drills late last night but noted that flights at various airports across Taiwan continued to operate normally on Wednesday, according to Liberty Times.

With regard to shipping routes, the Maritime and Port Bureau issued a notice warning ships in the surrounding waters to avoid the areas marked by China.

China’s People’s Liberation Army (PLA) said it would conduct “important military exercises and training activities including live-fire drills" in six areas around Taiwan proper from Aug. 4-7. The move is considered to be retaliation for U.S. House Speaker Nancy Pelosi's visit to Taiwan.

The PLA has listed large stretches of waters off the coast of Taiwan, including areas to the northwest, north, northeast, east, southwest, and southeast of the country, as drill zones.