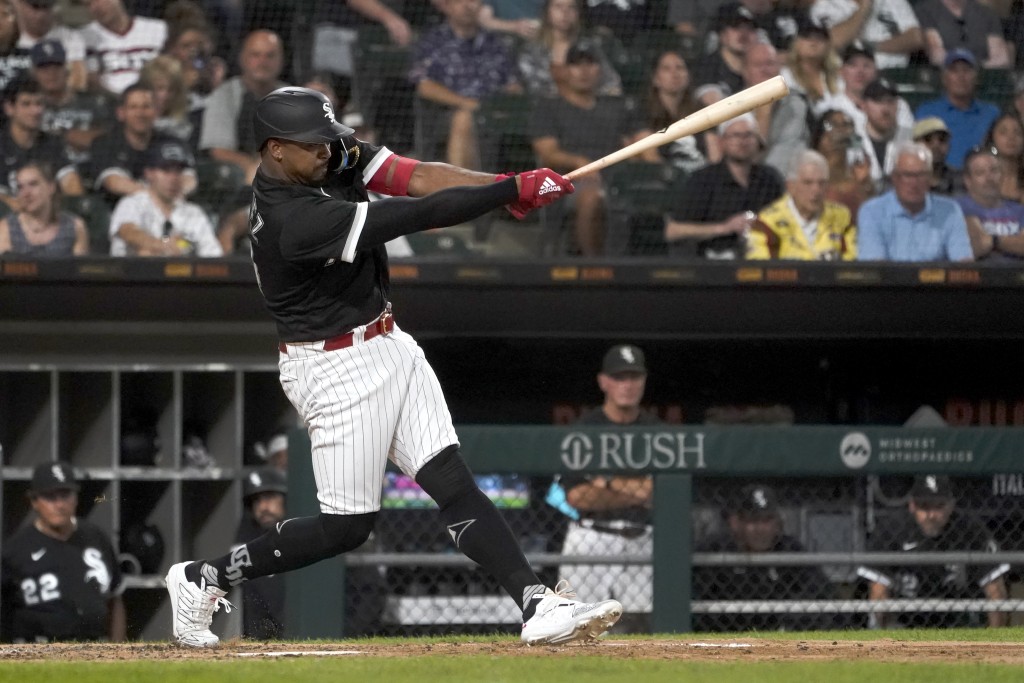 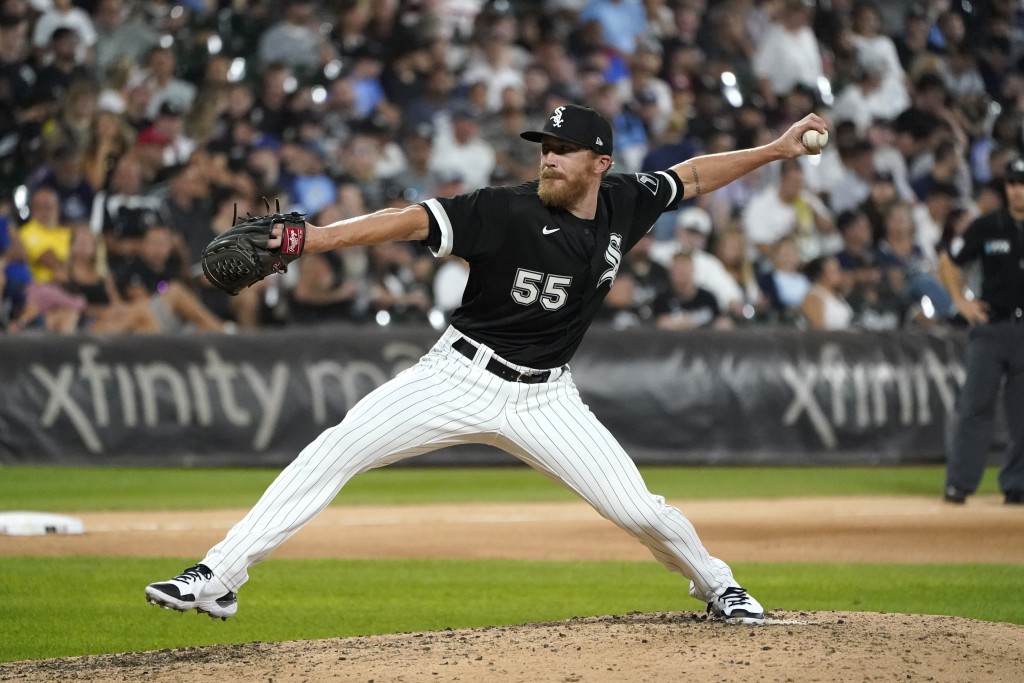 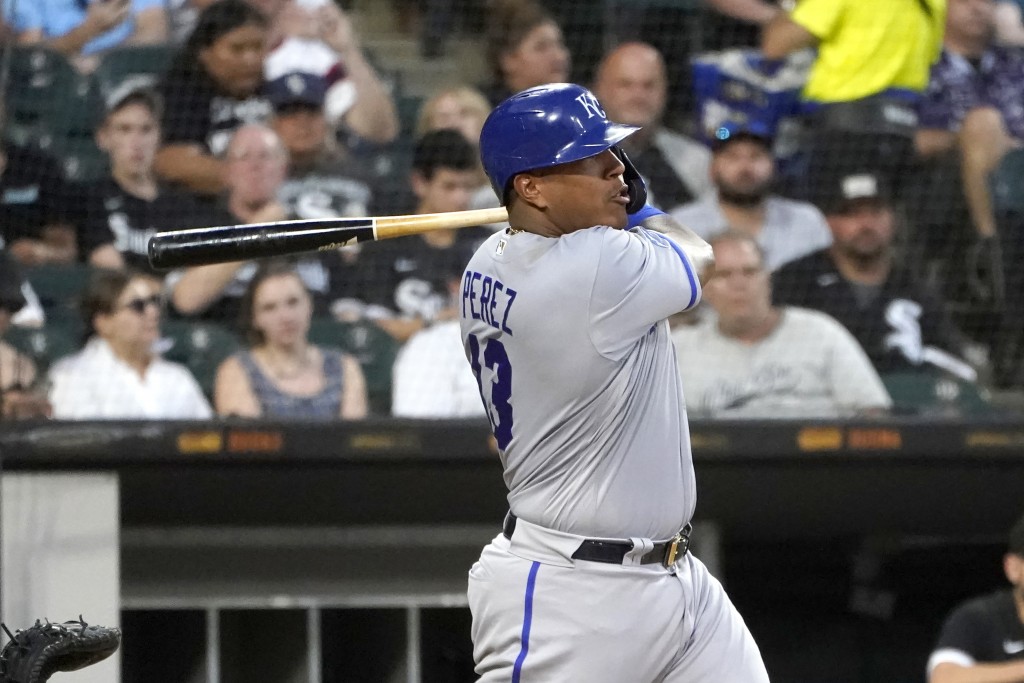 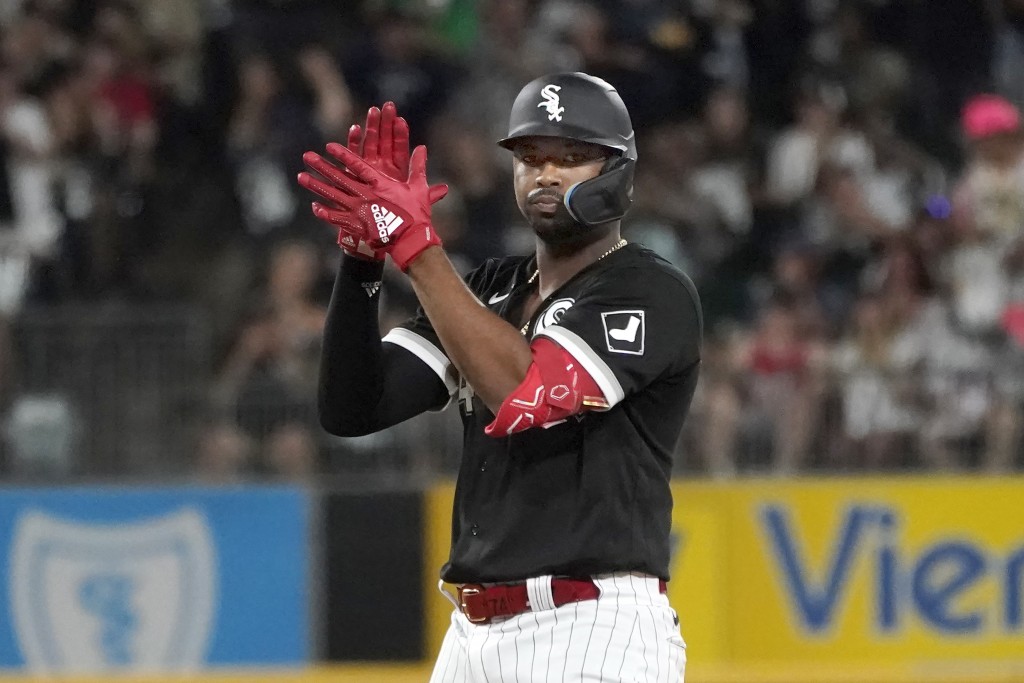 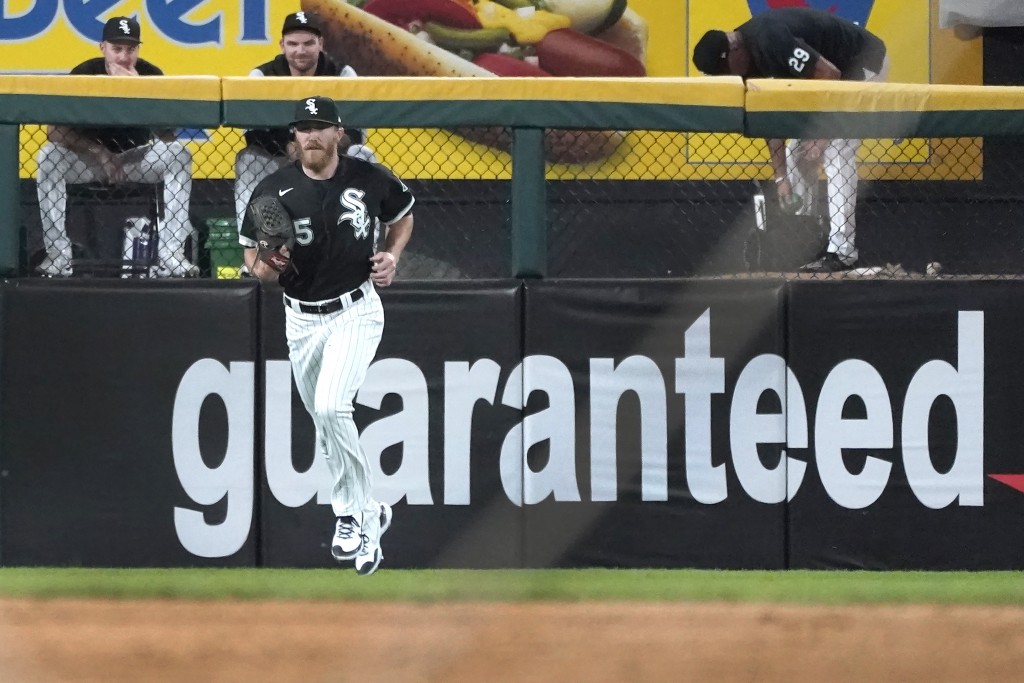 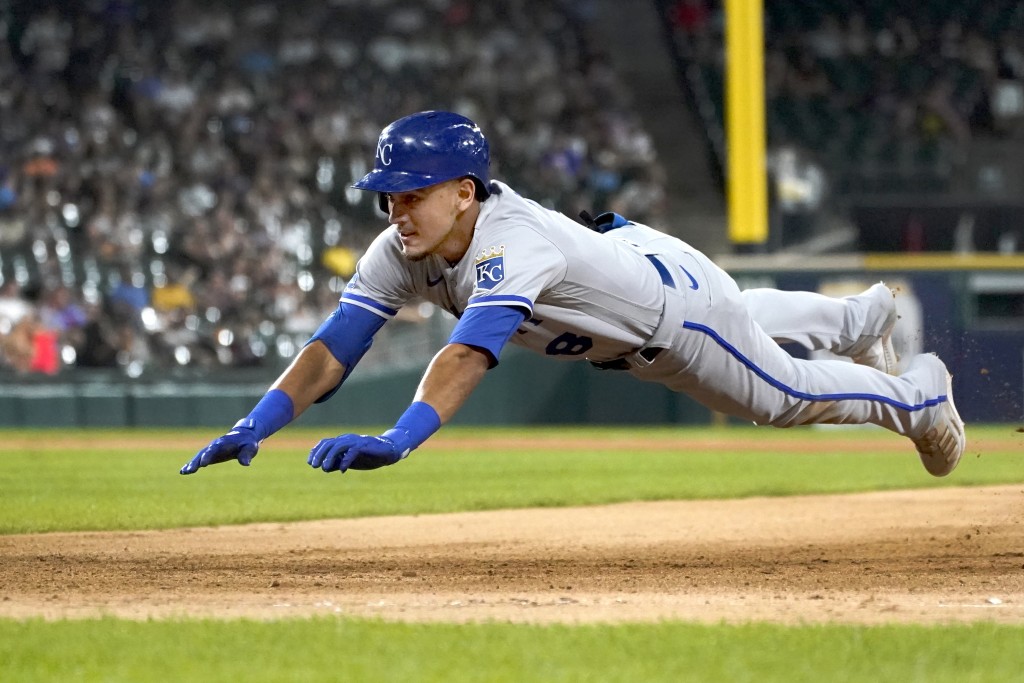 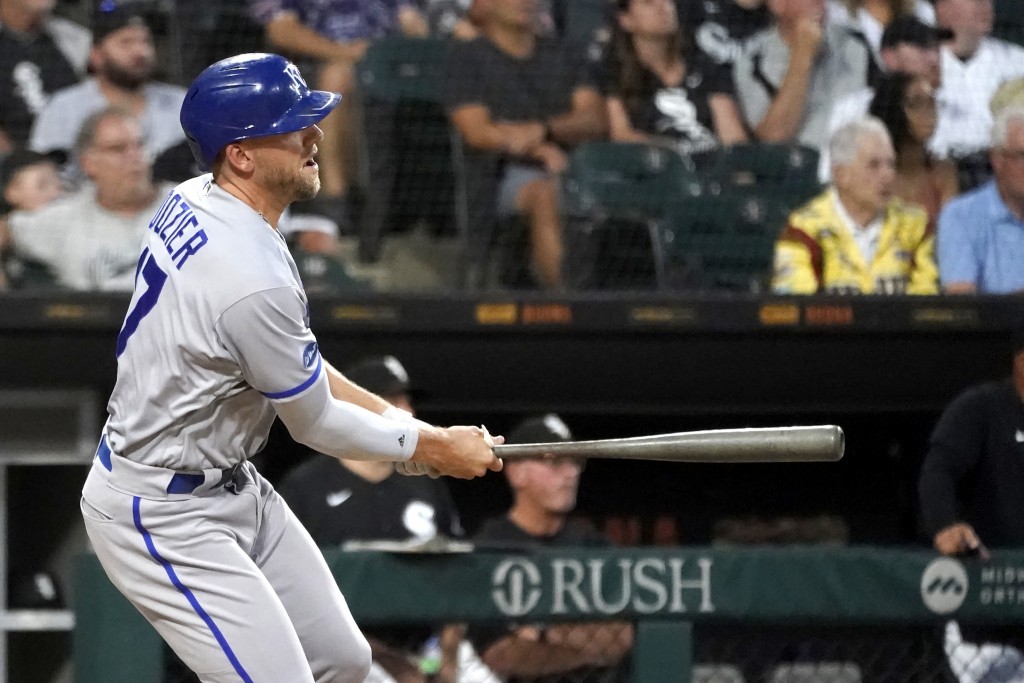 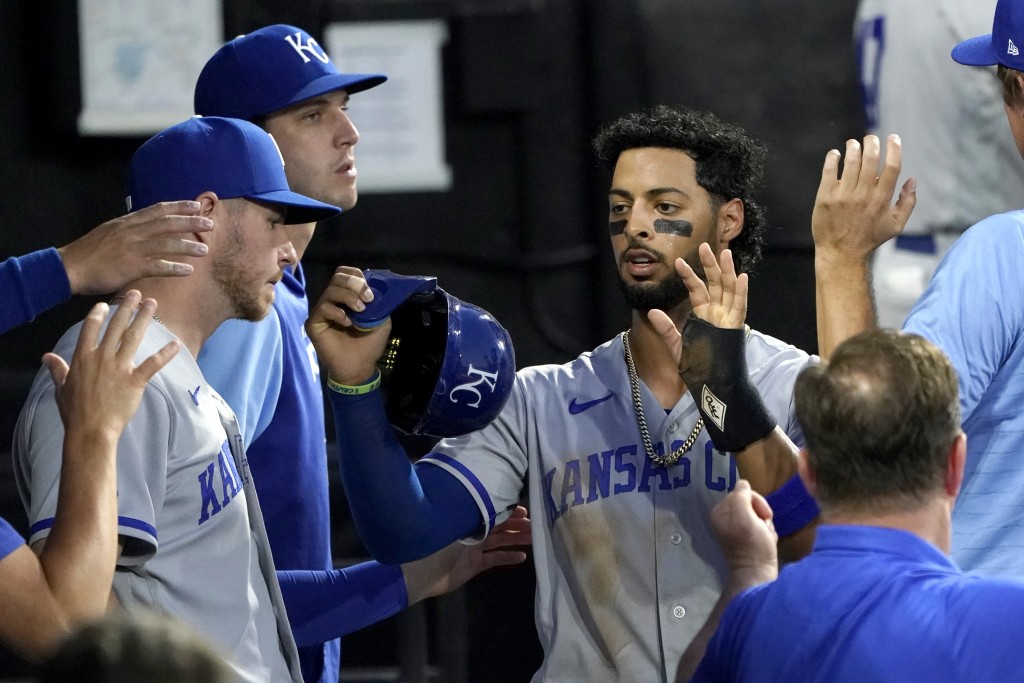 CHICAGO (AP) — The Chicago White Sox would have liked to complete a few more trades prior to the deadline to give themselves the jolt they need to make a jump in the AL Central.

It didn't work out that way. They'll have to pick themselves up and deliver more performances like this.

The White Sox made no major moves before the trade deadline and will bank on improvement from within as they try to overtake Minnesota and Cleveland to win their second straight AL Central championship. This one wasn’t exactly pristine, but they'll take the lopsided win.

“We come out playing like we did today, then we're gonna be in a good spot,” starter Lucas Giolito said.

The White Sox have been getting a big boost lately from Jiménez following a slow start and a right knee injury that caused him to miss six weeks. He has been on a tear since the All-Star break, going 14 for 33 with three homers in 10 games. That's sent his batting average soaring from .197 to .273.

Jiménez singled and scored in a three-run first inning and smacked a two-run double in the fourth to bump Chicago’s lead to 5-2. He added a long sacrifice fly in the sixth before Abreu chased Royals starter Brad Keller (5-12) with a two-run homer off the left-field foul pole, making it 8-2.

Gavin Sheets hit a solo homer in the seventh. Andrew Vaughn added three hits and scored twice, helping Chicago move back above .500 at 52-51. The White Sox are 24-29 at home.

“We are one of the teams that can do that,” Jiménez said. “It's been up and down. But this is not over."

Giolito (7-6) went five innings, allowing two runs and five hits in his first win at home since beating Boston on May 25. The right-hander struck out seven and walked three after posting a 6.75 ERA in his previous nine outings.

Keller got tagged for eight runs and 13 hits — both career highs — in 5 2/3 innings. The right-hander lost his third straight start.

The Royals were busy prior to the deadline, sending utility player Whit Merrifield to the Blue Jays with just minutes to spare. The two-time All-Star will have to get vaccinated against COVID-19 if he’s going to play in Toronto, after missing Kansas City’s trip there last month.

“At no point do I feel through this process that we were prospect clutching, being unreasonable,” Hahn said. “We were asked for many of our premium prospects in exchange for rentals. That didn’t exactly line up from our perspective about what made sense for not only this team, but also the future.”

Diekman struck out two in a scoreless sixth.

Royals: Bobby Witt Jr. started at shortstop for the first time since July 24. He missed five games because of hamstring tightness and did not play Monday after starting as the DH the previous two games.

White Sox: CF Luis Robert was activated from the 10-day injured list after the slugger and Gold Glove winner was sidelined because of blurred vision and lightheadedness. Robert exited Chicago’s win at Minnesota on July 15. He was having trouble seeing from a distance and getting jumps on balls. Hahn said the symptoms have subsided and were likely brought on by a virus that led to vitamin deficiencies. He said “it’s possible” the symptoms crop up again, though the White Sox have “far more confidence that this will be behind him.” ... Chicago reinstated 3B Jake Burger (right hand) from the 10-day IL and optioned him to Triple-A Charlotte. ... The White Sox sent RHP Vince Velasquez (right index finger blister) on an injury rehabilitation assignment to Charlotte.

The three-game series wraps up with the White Sox sending RHP Lance Lynn (1-4, 6.42 ERA) to the mound and the Royals going with RHP Brady Singer (4-3, 3.51). Lynn is coming off a loss to Oakland. Singer went seven innings, striking out 10, in Kansas City’s 1-0 loss Thursday at Yankee Stadium that ended with Aaron Judge’s homer off Scott Barlow.