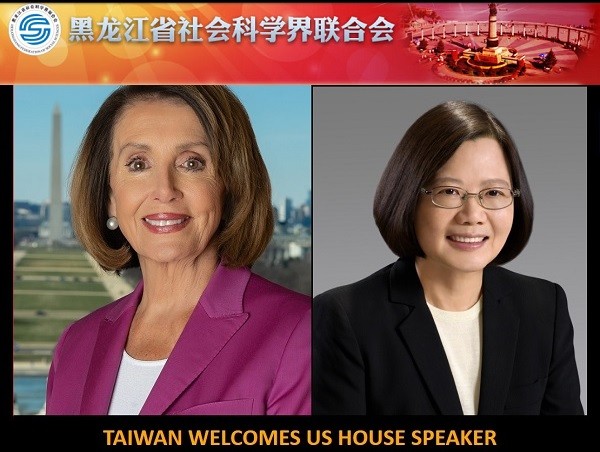 At the time of publication, the defacement along with the website have been taken offline. However, Anonymous has saved an archived version on Internet Archive's Wayback Machine.

The first image that appears is the Anonymous logo, followed by the "Taiwan Numbah Wan!" meme. This was a reference to a quote uttered by video game streamer AngryPug in 2015 to antagonize Chinese streamer Em0 during a match in the game H1Z1.

Below the slogan was Taiwan's national flag followed by its national emblem. The collective then included portraits of Pelosi and Tsai followed by the words "Taiwan welcomes US House Speaker Nancy Pelosi!"

Next, the group embedded the music video for "Fragile," a Mandopop song sung by Malaysian rapper Namewee (黄明志) and Taiwan-based Australian singer Kimberley Chen (陳芳語). This is followed by a video that plays Taiwan's national anthem.

Footage showing Taipei 101 displaying a series of signs welcoming Nancy Pelosi appeared next. The messages in English read: "Speaker Pelosi," 'Welcome to TW," "Thank you," and "TW hearts US."

The hacktivists then embedded a Reddit comment that read "Aged like milk" above a July 30 tweet by New Zealand journalist Andy Boreham, who works for Chinese state-run media. In the contentious tweet, Boreham predicted Pelosi would not come to Taiwan because "the US cannot fly a military aircraft into Chinese airspace (yes, incl’ Taiwan) without permission" and that it would be a "suicide mission."

The decentralized group claimed that the hack of the Chinese government website was in retaliation for a denial of service (DDoS) attack that took place on the Office of the President website on Tuesday (Aug. 2).