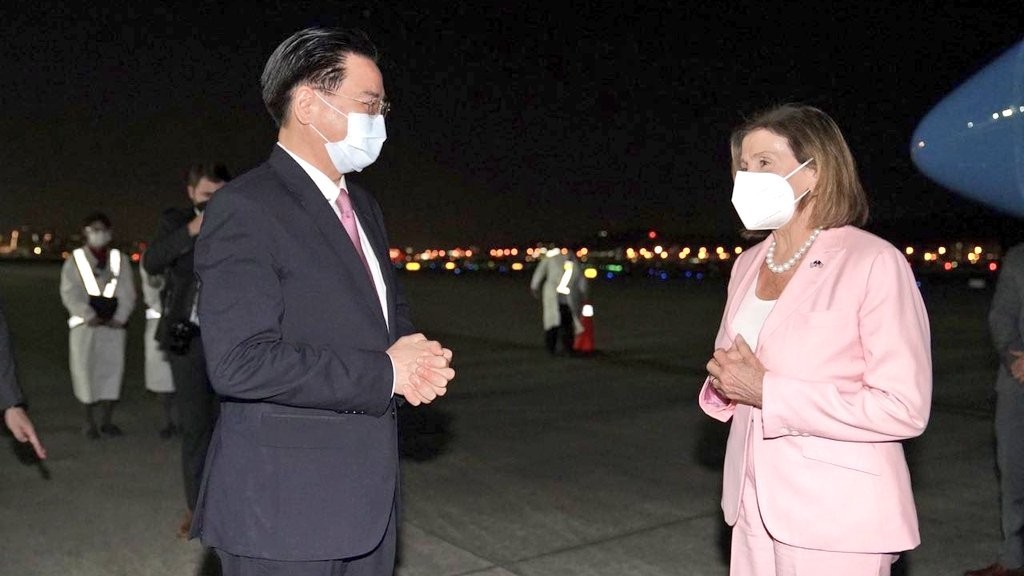 TAIPEI (Taiwan News) — Shortly after her arrival in Taipei, U.S. House Speaker Nancy Pelosi released a series of tweets saying that her visit to Taiwan was meant to honor "America's unwavering commitment" to Taiwan.

At 10:44 p.m. on Tuesday (Aug. 2), Pelosi and her congressional delegation arrived at Taipei Songshan Airport aboard a U.S. Air Force Boeing C-40C. Beginning at 11 p.m., Pelosi posted a series of tweets drawn from a press release explaining her rationale behind her visit. She started out by saying that her trip demonstrates "America's unwavering commitment to supporting Taiwan's vibrant Democracy."

Pelosi wrote that her planned meeting with Taiwanese leaders will reaffirm U.S. support for the country and promote mutual interests including advancing a "free & open Indo-Pacific region." She said that U.S. solidarity with Taiwan's 23 million people is "more important today than ever," as the world faces a "choice between autocracy and democracy."

However, she emphasized that the U.S. has recently sent a number of other congressional delegations to Taiwan, and such visits do not contradict longstanding U.S. policy based on the Taiwan Relations Act, U.S.-China Joint Communiques, and the Six Assurances. She then reiterated U.S. opposition to "unilateral efforts to change the status quo."

In the press release, Pelosi pointed out that the visit is part of a larger trip to the Indo-Pacific region that also includes stopovers in Singapore, Malaysia, South Korea, and Japan. Pelosi said the key components of these visits are promoting "mutual security, economic partnership and democratic governance."

Our discussions with Taiwan leadership reaffirm our support for our partner & promote our shared interests, including advancing a free & open Indo-Pacific region.