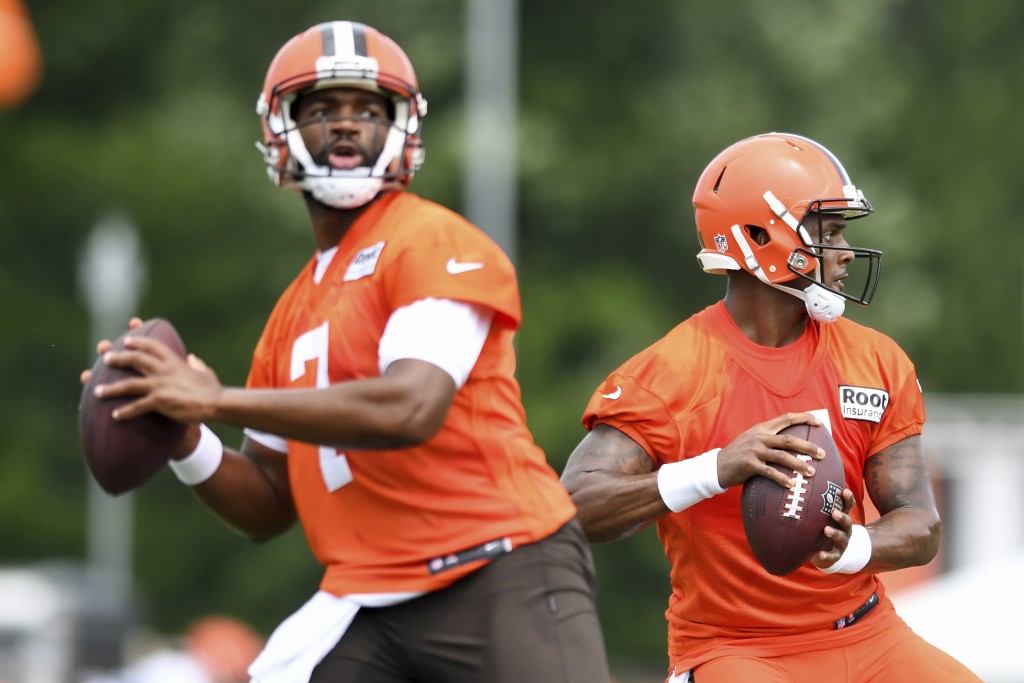 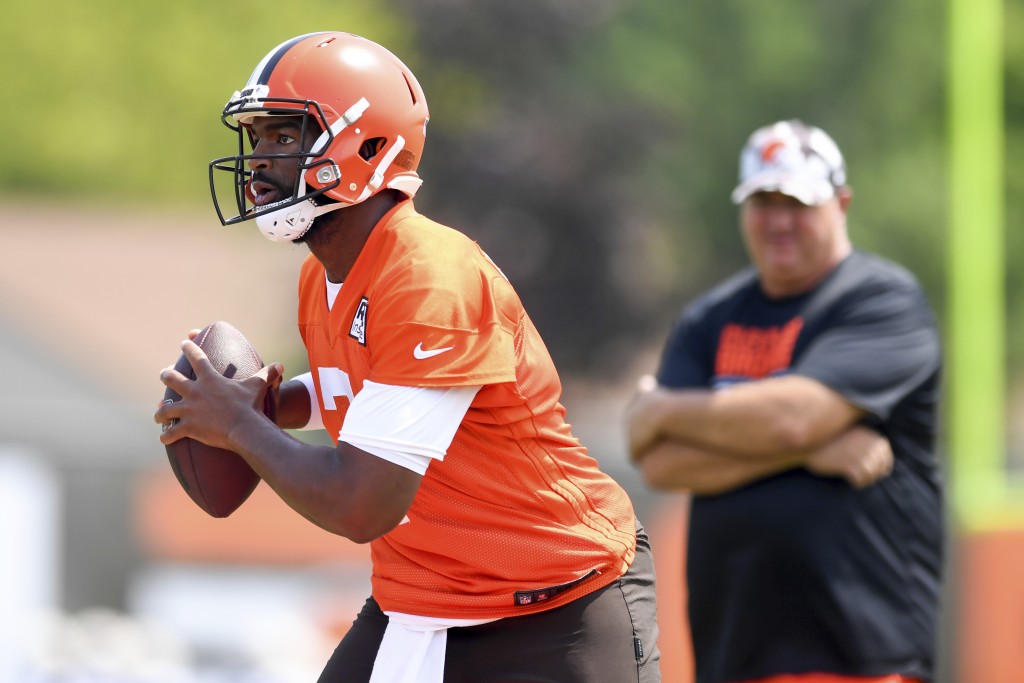 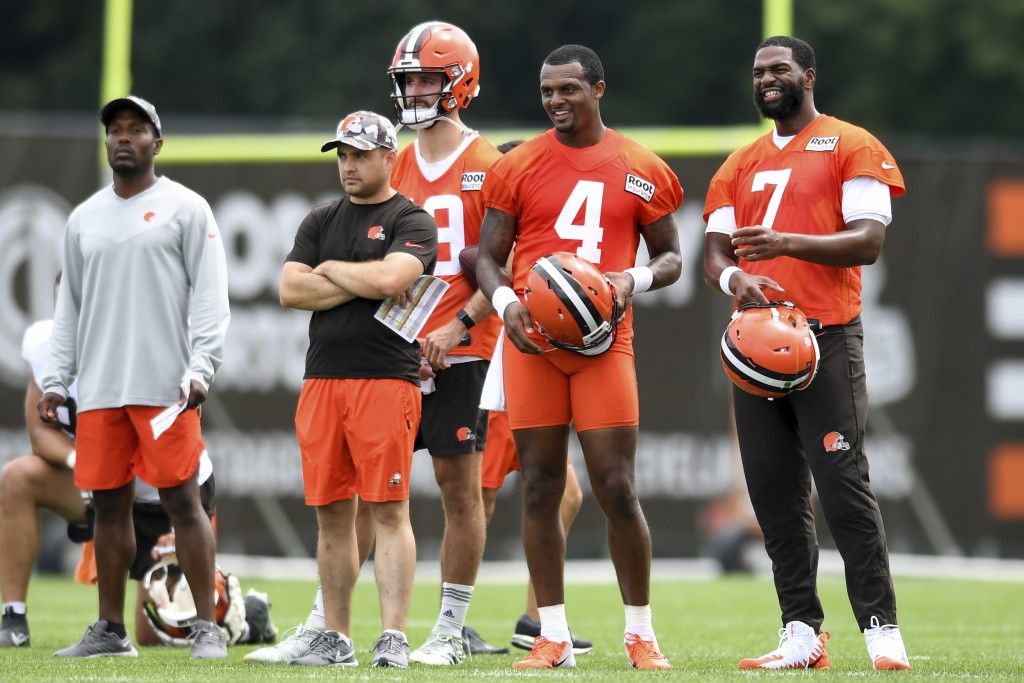 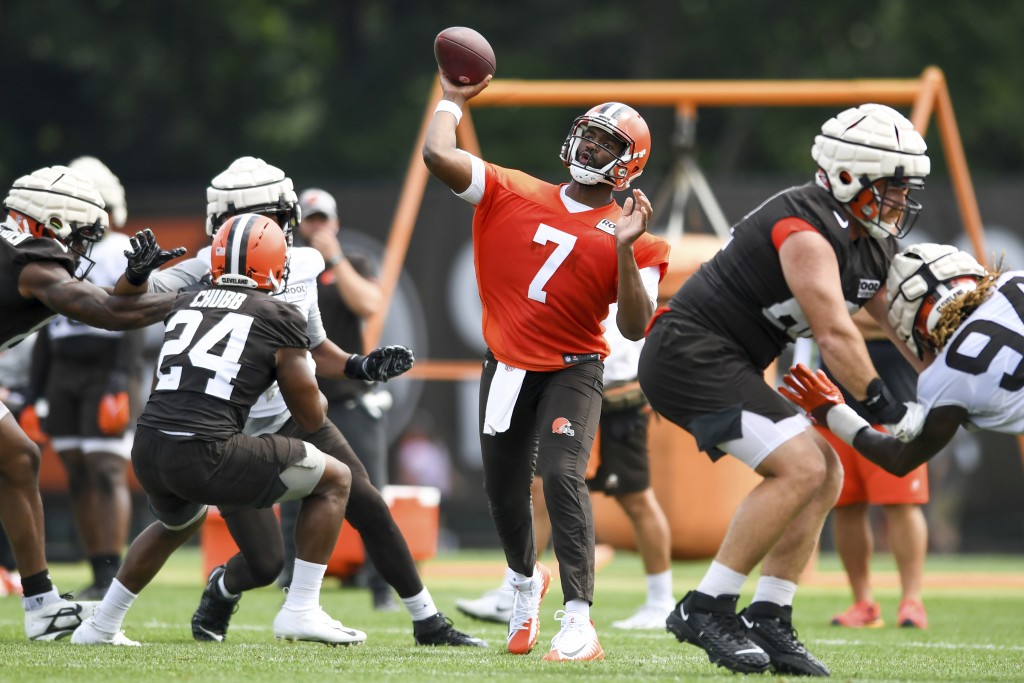 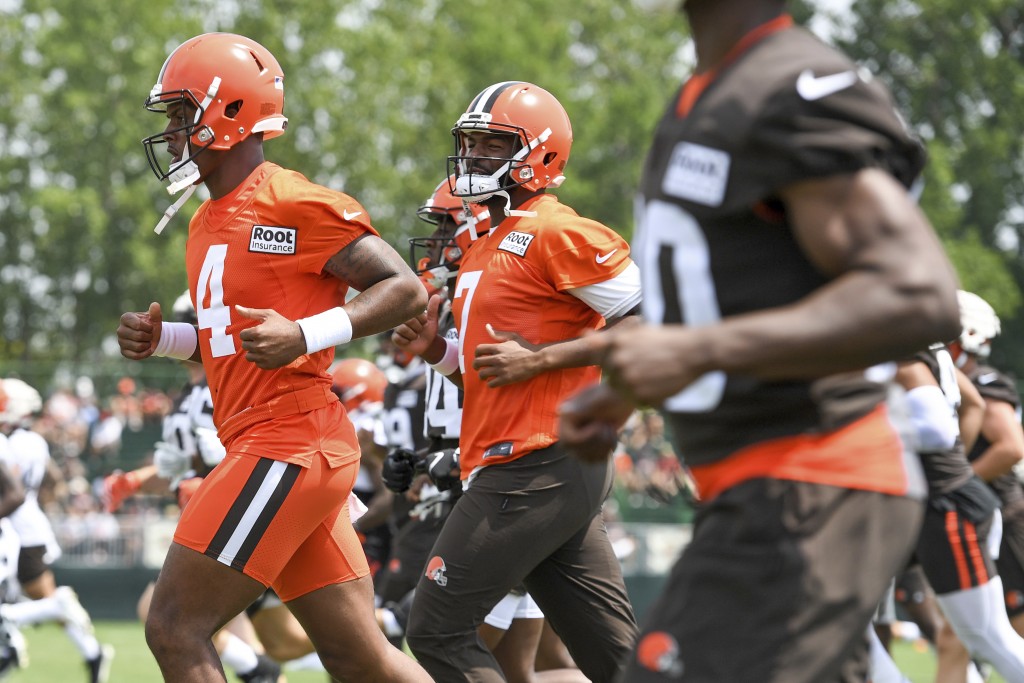 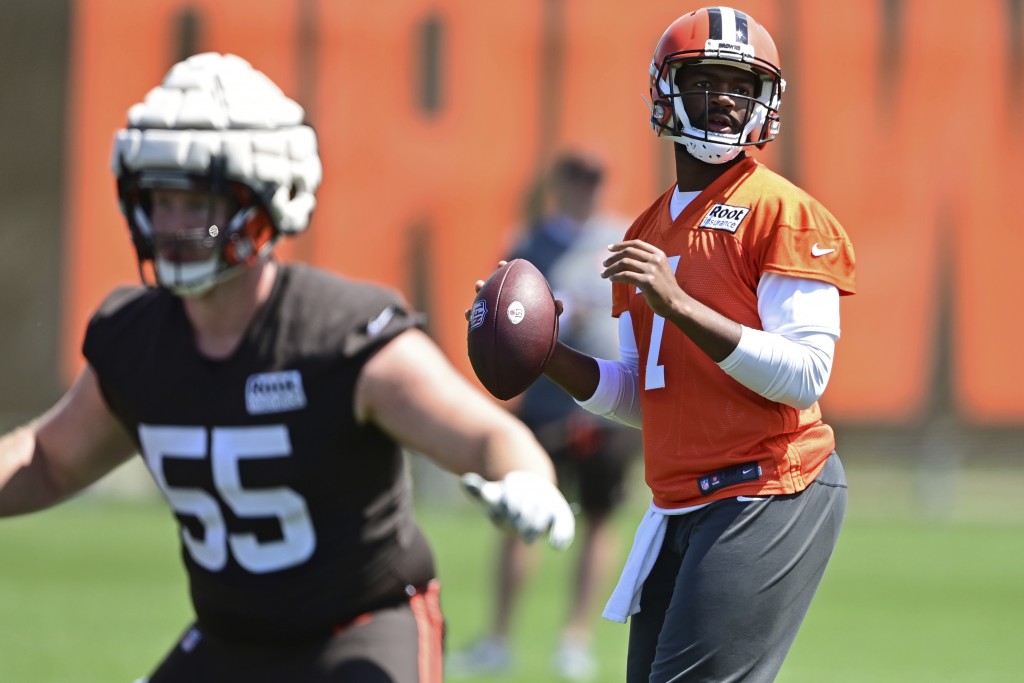 BEREA, Ohio (AP) — Deshaun Watson's suspension has forced the Browns to launch their backup plan — with the consummate backup quarterback.

Jacoby Brissett, though, has never thought of himself as a second option.

"I’m just another quarterback on the roster,” he said.

With Watson being suspended six games — pending a possible appeal by the NFL — for v iolating the league's personal conduct policy due to allegations of sexual misconduct, Brissett, now with his fourth team, is Cleveland's short-term starter.

He's back atop a depth chart, a place Brissett has been before after making 37 starts during a seven-year pro career in which the 29-year-old has bounced from New England to Indianapolis to Miami to Cleveland.

Watson has been getting the bulk of snaps with Cleveland's first-team offense in camp, but that's likely to change soon now that the Browns know they'll be without Watson for at least six games and potentially more depending on what the league decides.

None of this is new to Brissett.

After being drafted by New England in 2016, he was thrust into the starting lineup as a rookie when Tom Brady was suspended for “Deflategate" and while Jimmy Garoppolo was sidelined with a shoulder injury.

Brissett is headed down a path he knows well.

“Since I’ve been in this league it’s been the next man up,” he said before Tuesday's practice. "That was the case my rookie year, so that experience helps with not only the playing but with the mindset of understanding that you’ve got to be ready whenever your number is called.”

The Browns signed Brissett as a free agent one day after Watson waived his no-trade clause and agreed to join Cleveland. The team needed to add a QB with experience and one capable of leading a talented roster, especially if Watson was going to be out for an extended period.

“He’s been in some different positions already in his young career,” coach Kevin Stefanski said. “He has a very good way about him. Very, very intelligent. Very good leader. Has the ability to make plays on the practice field, help in the meeting room. Be accountable throughout the weight room. He just does all the right things.”

Although he's among the team's new players, Brissett said it's comforting to know the Browns believe he can fill in for Watson.

“It feels good that you have that trust amongst the organization,” he said. “I’m excited for the opportunity.”

Browns linebacker Anthony Walker Jr. knows Brissett as well as anyone. He was teammates with Brissett in Indianapolis when he took over for Luck. The Colts didn't miss a beat.

“He stepped in and he was a pro,” Walker said. “He handled it the right way. People forget we were a really good football team with him as our starting quarterback before we had a lot of guys go down.

“We were rolling at that point but happened to take a couple of bad bumps. Jacoby's a pro. He’s prepared, is going to prepare every day whether he's the starter or the backup. He’s always ready so he doesn’t have to get ready.”

As Brissett answered questions for the first time since Watson's suspension, Walker lurked just outside the semicircle of reporters. At one point, he caught Brissett's eye and the QB took a playful swipe at his teammate.

It was a playful moment in this tense period for the Browns, who remain unsure of what's coming next for Watson.

In the meantime, the plan is to prepare Brissett for the Sept. 11 opener against Carolina, and perhaps five more games until Watson is eligible again.

Brissett smiled when he was asked how tough it will be to hand over the reins at 6-0.

NOTES: Top WR Amari Copper sat out with an ankle injury suffered Monday. Stefanski expects Cooper to be back soon and still doesn't feel any need to add receivers despite a rash of injuries at the position. ... RT Jack Conklin (knee) and DE Jadeveon Clowney (rest) were among a group of players who worked on the side. ... The Browns practiced in pads for the first time and the initial scuffle of camp featured some shoves and words between WR Donovan Peoples-Jones and rookie CB Martin Emerson.