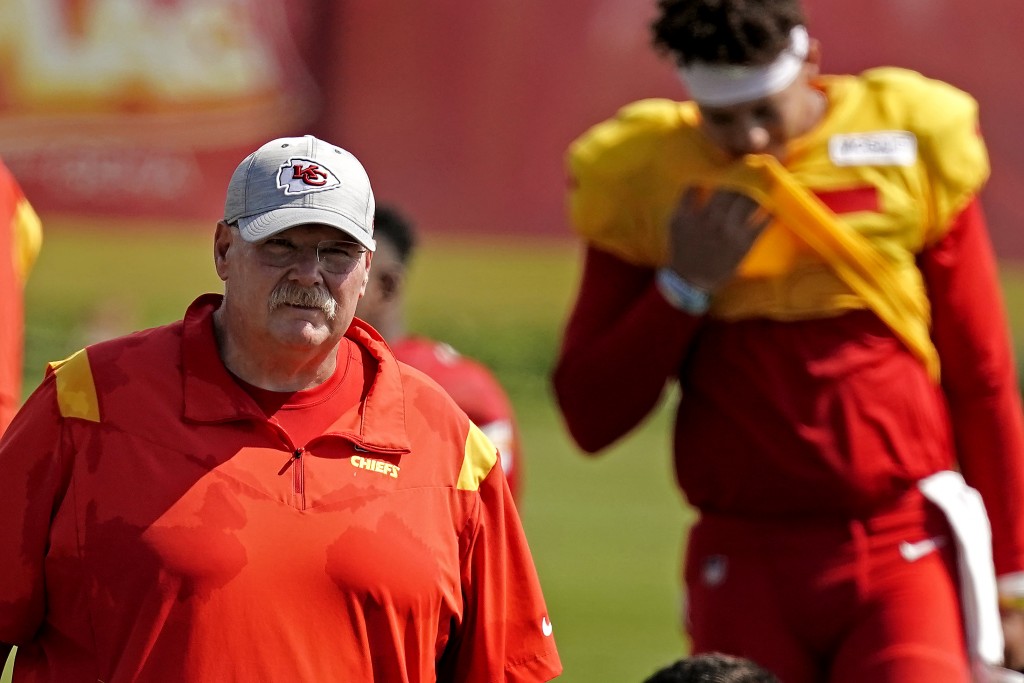 ST. JOSEPH, Mo. (AP) — Pro Bowl left tackle Orlando Brown Jr. practiced with the Kansas City Chiefs on Tuesday for the first time since they blew a big halftime lead to the Cincinnati Bengals in the AFC championship game.

Brown signed his franchise tender on Monday after skipping the entire offseason program in the hopes of agreeing with the Chiefs on a long-term deal. When that didn't materialize by the mid-July deadline, Brown declined to sign a deal worth about $16.7 million for this season until the Chiefs had concluded the first week of training camp.

“There's no hard feelings, period. I appreciate everyone in this building. They gave me an opportunity to play football at the highest level, and play left tackle,” Brown said. “I pride myself in being a team guy. I want to be there for these guys.”

Brown is the first of two crucial pieces due in Chiefs camp this week. Veteran pass rusher Carlos Dunlap, who agreed last week to a deal worth up to $8 million for this season, reports Wednesday and should be on the field soon afterward.

The Chiefs offered to make Brown the highest-paid offensive lineman in the league with a final offer of six years and nearly $140 million. But after getting advice from a new agent, Michael Portner, and Jammal Brown, a former NFL lineman who has served as his mentor, the 26-year-old Brown decided there were not enough guarantees in the deal.

Now he's left with no guarantees beyond this season, making it a crucial year if Brown wants a big deal next offseason.

“I always feel like I got something to prove,” said Brown, a Pro Bowl selection each of the past three seasons. “I was a third-round pick. I had the worst combine in history. The chip has always been really big. What does this mean? I don't know if this is that much different from the past.”

Brown said he's not sure when the Chiefs will have him going full speed in practice; the pads came on for the first time on Monday and they had another padded workout Tuesday. But he insisted an offseason spent playing tennis and swimming helped his cardio and his trainers in Miami have him in football shape.

The Chiefs play their preseason opener Aug. 13 in Chicago.

“I missed a lot of ball up to this point. I missed the locker room, the coaches, everyone here in the building,” Brown said. “I know how important this five-day stretch is to Coach Reid and everybody here in Kansas City. It didn't feel right sitting at home. I was brought here to help win Super Bowls and this week is important to our progression.”

Brown acknowledged that some might view his decision to turn down the Chiefs' offer — and skip summer workouts and the first week of camp — as selfish. But he reiterated his desire to play his entire career in Kansas City, and while his focus is on the upcoming season, he is hopeful that a long-term contract can be worked out next offseason.

“I'm sure there are questions out there but with the contract situation. There just weren't enough guarantees," he said. “I want to be here for the rest of my career in Kansas City. That's really important to me.”

Notes: Rookie WR Skyy Moore, who is being counted upon to help cover the loss of Tyreek Hill, left practice early after getting hit on the hip. He later tweeted that he was OK. ... QB Patrick Mahomes appeared to have more tape on his foot and ankle after tweaking it late in Monday's workout. ... TE Jody Fortson (quad) worked with trainers for the second straight practice after getting hurt Saturday.