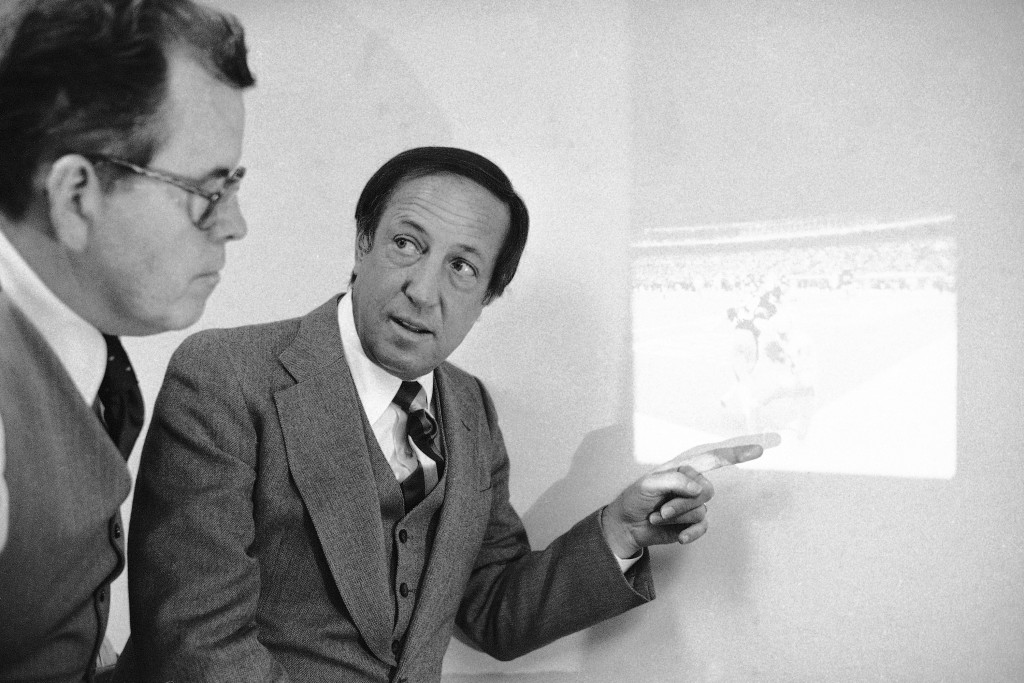 Hall of Fame coach John Madden always believed that the busts of the football greats in Canton, Ohio, talked to each other every night once the building was empty.

If those busts ever wanted to play an actual game of football, they now finally have all the necessary characters.

Art McNally, the former official who helped modernize the practice when he oversaw the operation from the league office, on Saturday night will become the first on-field official inducted into the Pro Football Hall of Fame.

“It was a long time coming,” said Dean Blandino, one of McNally's successors as the NFL's head of officiating. “I know the officiating community was waiting for it a long time. ... When you think about impacting a game and making decisions that are going to help decide the game, it's players, coaches and officials. I think we do now have that complete in-game team.”

While baseball, basketball and hockey have inducted several officials into their Halls of Fame, the NFL hadn't until now.

There couldn't have been a more appropriate choice for the honor than McNally, whose fingerprints are all over how games are officiated even today.

After a nine-year career on the field, McNally overhauled the department when he took it over in 1968 and remained involved until retiring in 2015.

“He really pulled it all together. He kind of took it from an avocation to a profession and set the stage for everything that came after that,” former NFL referee Ed Hochuli said.

“It’s been obviously a long time that there have been no people from the officiating side who have gotten into the Hall of Fame. There have been some incredible officials along the way who can make a great argument they ought to be in the Hall of Fame. But none of the officials would disagree that if there’s only one or if there is a first, Art McNally should be the guy.”

The 97-year-old McNally got his start in officiating in an informal way when he called games while serving in the Marines in World War II. He went on to call more than 3,000 games in football, basketball and baseball, chronicling them all in books he kept, according to son-in-law Brian O'Hara.

Before shifting to the NFL league office in 1968, McNally would often officiate high school, college and professional games on the same weekend.

“He was natural at it,” O'Hara said. “From being a teacher and being kind of like a rule follower his life because he followed the rules. ... The biggest thing was he enjoyed making it fair. That’s all he wanted to do was to be fair and to get it right. I guess that’s the things he enjoyed about officiating.”

O'Hara said McNally never thought the day would come when he would make it into the Hall of Fame because officials typically are only noticed when they missed calls.

But McNally didn't shy away from the scrutiny; he had a listed phone number and often took complaint calls from aggrieved fans from various teams that he would listen to as long as they remained civil.

O'Hara said McNally even forged a relationship with a disgruntled Bears fan, with McNally once making a surprise visit to his barbershop in Chicago and getting the fan tickets to the Super Bowl.

McNally's biggest impact came in how the NFL evaluated and trained officials in a system that is still mostly in place today.

Under his watch, the NFL standardized how officials worked a game in their positioning and what calls they made to bring more consistency to the sport.

“That was brand new,” Blandino said. “That was kind of cutting edge. People weren’t doing it. Art came in and understood that this was something that was needed and laid that foundation and that foundation is still what we stand on today in the officiating world. Every league in every sport at every level has an evaluation system and that all goes back to Art.”

McNally also helped implement the NFL's first use of instant replay in the 1980s and got his first chance to work a Super Bowl as a replay official following the 1986 season.

That version of replay was abolished in 1991, but McNally provided guidance to his successors when replay returned in 1999, as he was steadfast in his belief that the league should use any tool to help officials make the correct calls.