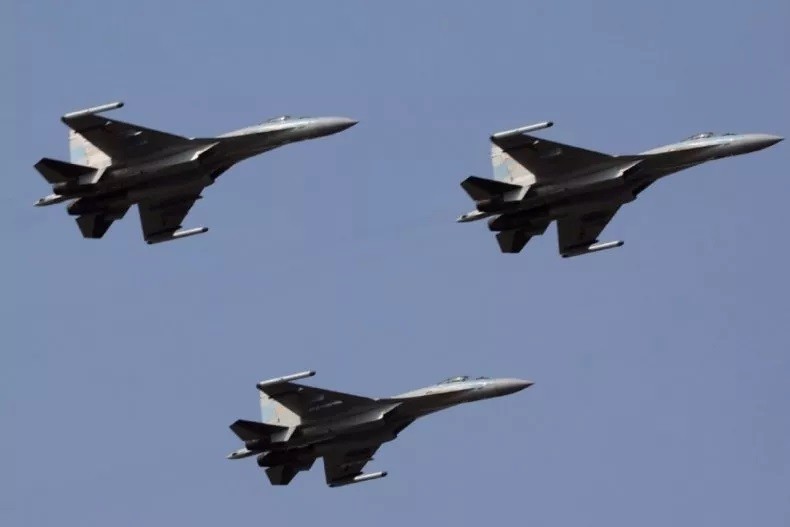 Nevertheless, the U.S. Air Force Boeing C-40C carrying Pelosi and her congressional delegation safely landed at Taipei Songshan Airport at 10:44 p.m. Pelosi's jet had avoided any confrontation with Chinese warplanes by flying over Indonesia, the east of the Philippines, and the east of Taiwan before landing in Taipei.

In response to the CGTN post, the MND at 11:20 p.m. said that it uses joint intelligence, surveillance, and reconnaissance to maintain full awareness of the dynamics both at land and sea in the Taiwan Strait. Referring to Chinese media claims of fighter jets crossing the Taiwan Strait, the MND said, "Taiwan Strait rumors are not true."

At 11:29 p.m. CGTN cited China Defense Ministry spokesman Wu Qian (吳謙) as saying the ministry is on "high alert" and that it will launch a "series of targeted military operations as countermeasures." Wu added that the ministry will "resolutely defend national sovereignty and territorial integrity."