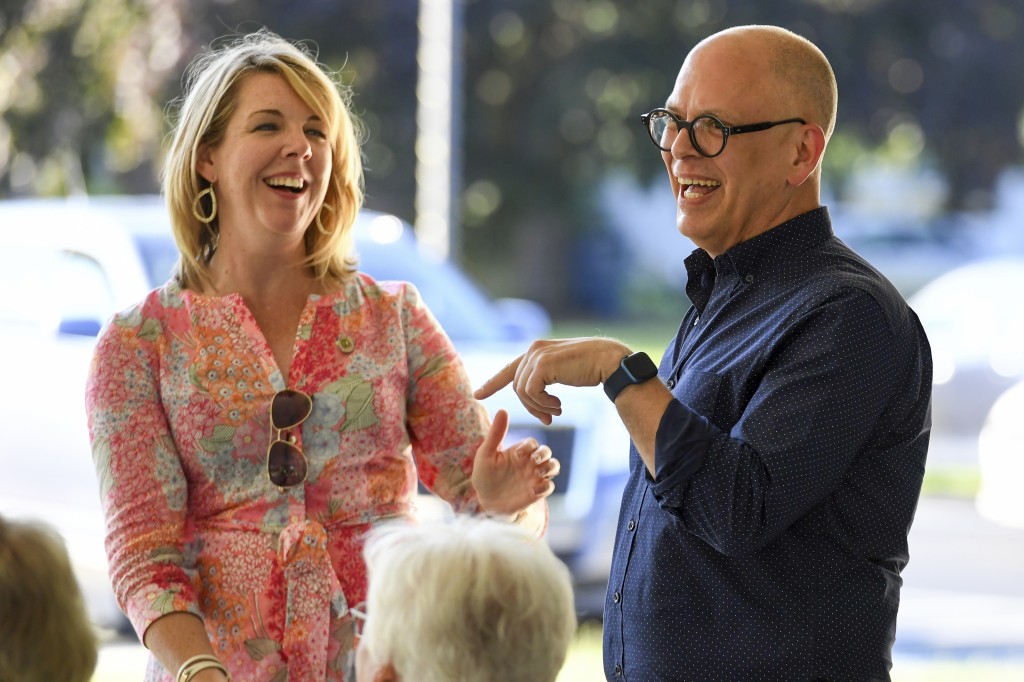 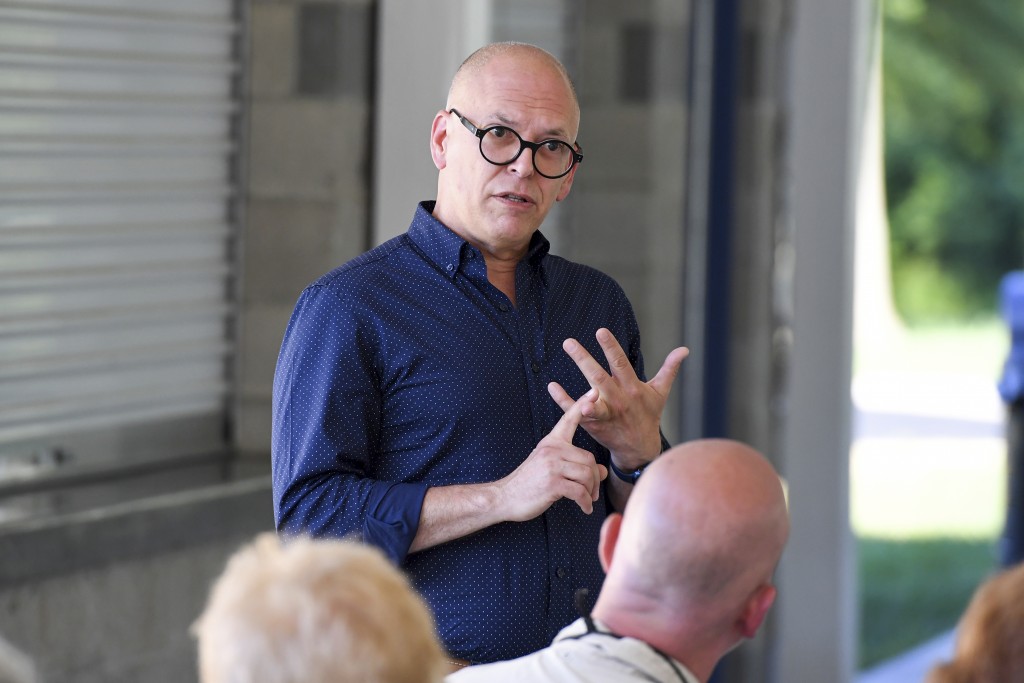 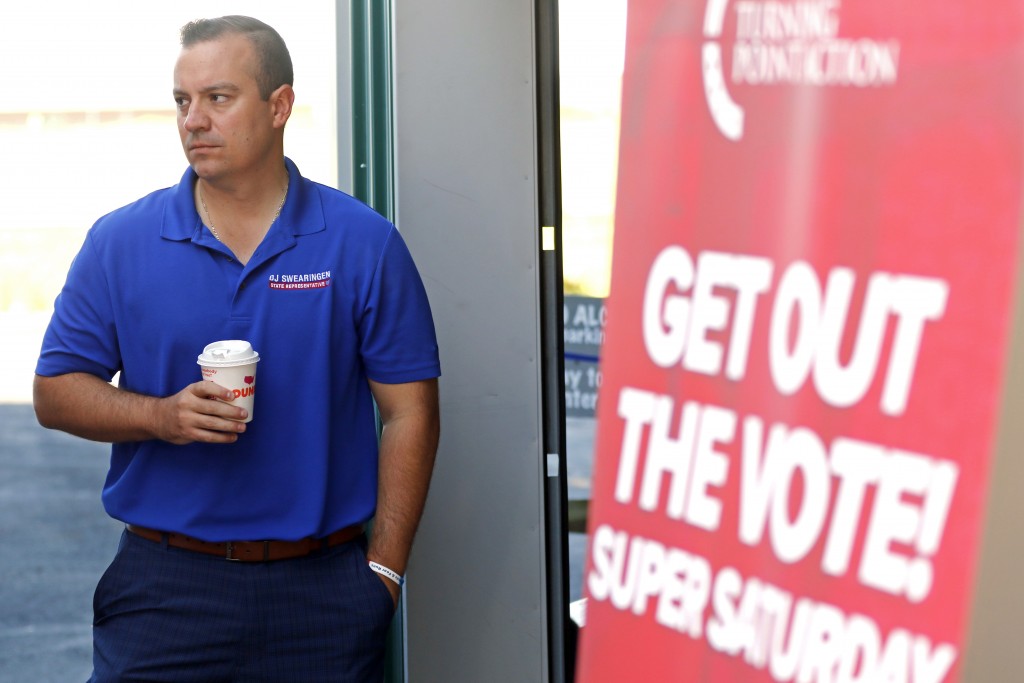 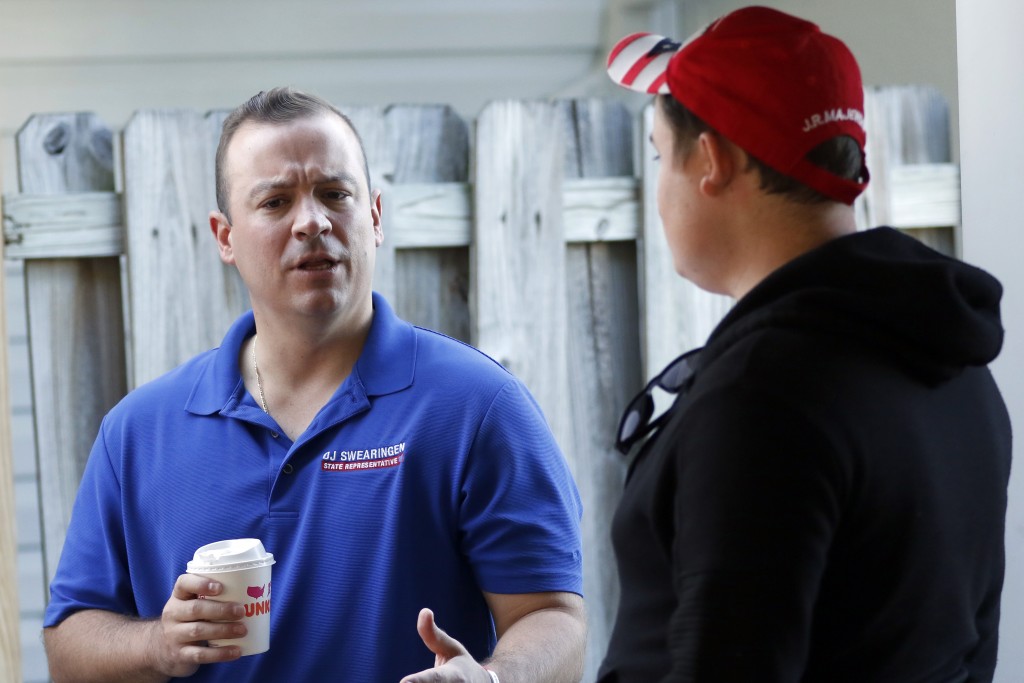 SANDUSKY, Ohio (AP) — Jim Obergefell, whose landmark case before the U.S. Supreme Court legalized same-sex marriage nationally, is hoping he and fellow Democrats can make gains in the Ohio Statehouse this year with a message grounded in equality.

“It really just all comes down to: Can’t we all just get along and treat each other like human beings? Can’t we be decent people?" the celebrity plaintiff -turned-Ohio House candidate told the Democratic Women of Erie County on a recent summer evening. “And we all deserve to be part of ‘We the People.’”

The race marks the first time that Obergefell has moved from activism into a political run for office. He's campaigning at a sensitive time for the LGBTQ rights movement after the U.S. Supreme Court in June repealed the constitutional right to abortion, raising fears that other rights may also fall away, including same-sex marriage.

With that in mind, the U.S. House overwhelmingly voted last month to approve legislation protecting same-sex and interracial marriages. The legislation is being considered in the Senate.

Obergefell became among the most visible figures in the marriage equality movement after he and his longtime partner, John Arthur, who was dying, flew to Maryland and were wed in a plane on a tarmac because the Cincinnati-area couple couldn't do so legally in Ohio. Arthur died a few months later, and Obergefell's fight to be listed as spouse on the death certificate led to his role in the landmark 2015 ruling that legalized same-sex marriage.

In Ohio now, Obergefell's pitch for inclusion is running into a heated political environment. The primary election itself had to be split because of a contentious and protracted political mapmaking fight, with a federal panel of judges ultimately setting the date and imposing maps that a different court has declared unconstitutional. Legal battles continue.

GOP mapmakers redrew the 89th House District that Obergefell is seeking in the face of his candidacy, and the district now leans nearly 57% Republican, according to Dave’s Redistricting App, a political mapmaking website. That should favor Swearingen in a state that former President Donald Trump twice won by wide margins and where Republicans control every branch of government.

Obergefell appears to remain a threat, however. He is the best-known state legislative candidate on Ohio’s 2022 ballot and among its top legislative fundraisers so far, having outraised Swearingen more than 4 to 1, according to campaign finance reports.

That’s in part because his popularity as a civil rights icon has drawn support from a host of deep-pocketed national progressive groups — including the LGBTQ Victory Fund, the Human Rights Campaign and Democracy for America — as well as in-state donors.

Obergefell said he believes his party can reach moderate Republicans and independents with their message of inclusiveness if voters “see the Democratic Party being obvious, being clear, being direct on what they believe in and what they will fight to protect and support.”

But Swearingen said district voters he’s spoken to are not focused on social issues, but on pocketbook ones.

“What I continue to hear from people is gas, groceries, feeding their families — very kitchen table issues that are very relevant and important to them. They’re immediately in front of them,” he said. “The social issues do not appear to be very high on the list.”

That’s not the case for Darlene Walk, a Sandusky native and vice president of the Democratic Women of Erie County. She said she plans to vote for Obergefell and is encouraging friends of all partisan persuasions to do the same.

“We’re ready for a change, and you have to accept people as they are, where they are and what they do and what they stand for,” she said. “And he stands for progress.”