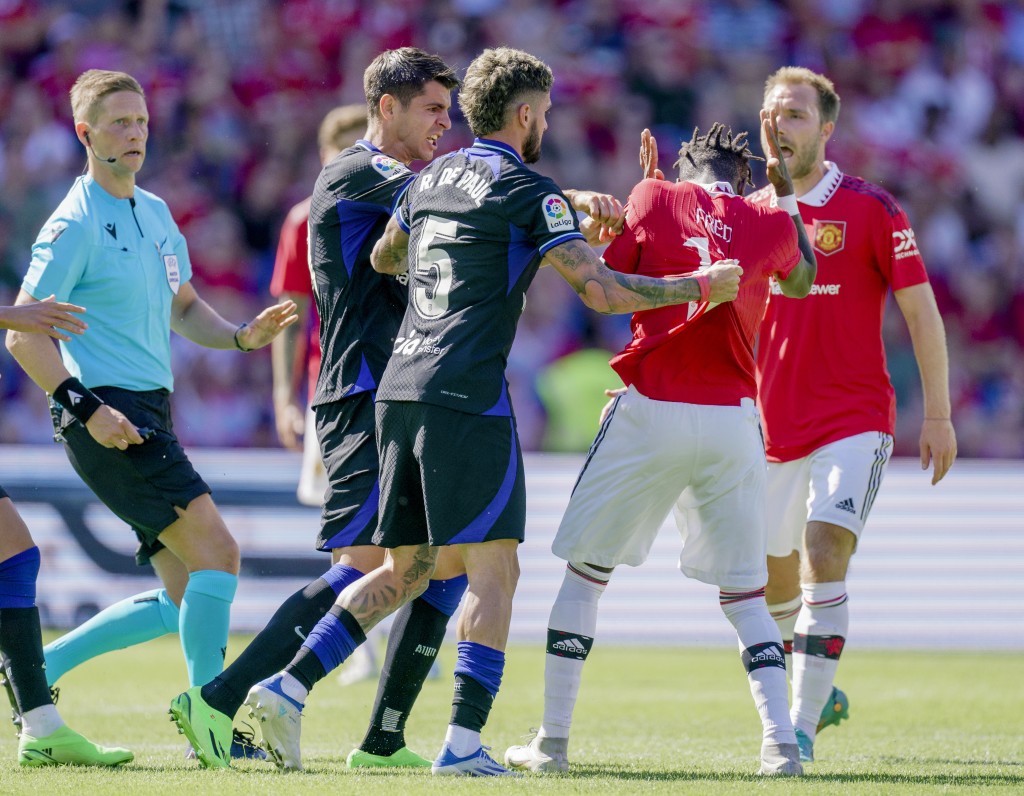 MADRID (AP) — After a disappointing season that followed its first Spanish league title in nearly a decade, Atlético Madrid leads the list of challengers to traditional powerhouses Real Madrid and Barcelona.

Just behind is Sevilla, which was constantly near the top of the standings last season. Villarreal, Real Sociedad, Athletic Bilbao, Valencia and Real Betis are among the outsiders.

Atlético’s lackluster season after winning the title in 2021 resulted in an unusually high amount of criticism against coach Diego Simeone, who will be under increased pressure to keep the team competitive.

There were no high-profile signings for Atlético in the transfer window, with the coach set to rely on the likes of young Portugal forward João Félix and veteran Antoine Griezmann, who will enter the second and final year of his loan from Barcelona.

The club will be without veteran striker Luis Suárez, who did not have his contract renewed after a season in which he played sparingly. Álvaro Morata returned from his stint with Juventus to help make up for Suárez's departure.

The midfield, anchored by Koke Resurrección and Thomas Lemar, will be boosted by the addition of Belgium international Axel Witsel, and by the return of Saúl Ñíguez following his one-year stint on loan with Chelsea.

The defense has been one of Atlético’s main strengths since Simeone arrived, but it struggled last season and the team finished far from the top in goals conceded. Most regular starters will be back, including central defender José María Giménez and goalkeeper Jan Oblak, who has renewed his contract with the club.

Witsel has been used as a central defender in the preseason and is an option for Simeone in the back line.

“Simeone is delighted with this group of players,” Atlético club president Enrique Cerezo said. “We have great players and a fantastic coach."

Atlético opens its season on Aug. 15 at Getafe in the Spanish league.

Sevilla has been the club consistently getting close to Real Madrid, Barcelona and Atlético in recent years.

Last season was especially good for the team from Andalucia as it stayed in the top three in the standings until the final rounds.

Now it will try to finally secure its first top-three finish since 2008-09 with a squad that will keep the base from last season but will be depleted by the departure of Diego Carlos and Jules Koundé, the pillars of the team's defense.

There were doubts about whether coach Julen Lopetegui would return for another season, but the former Spain coach is staying at the helm.

There will be plenty of teams trying to make a run and contend at least for a place in a European competition.

Sevilla rival Real Betis also is coming off a good season, finishing fifth in the league and winning the Copa del Rey. The team coached by Manuel Pellegrini lost defender Héctor Bellerín but will count on striker Willian José and veteran Joaquín Sánchez, the 41-year-old midfielder who put his retirement on hold.

Real Sociedad, sixth last season, lost Willian José but brought in young Japanese player Takefusa Kubo on a loan from Real Madrid. Sociedad’s Basque Country rival Athletic Bilbao, which just missed out on an European place last season, will be boosted by new coach Ernesto Valverde, who returns after being without a club since ending his stint with Barcelona in 2020.

Valencia is another team with a new coach, with Gennaro Gattuso taking over a squad whose owner, Peter Lim, remains under attack by fans over his policies. Villarreal, which grabbed a Conference League spot following its remarkable semifinal run in the Champions League, is keeping most of its squad under coach Unai Emery.