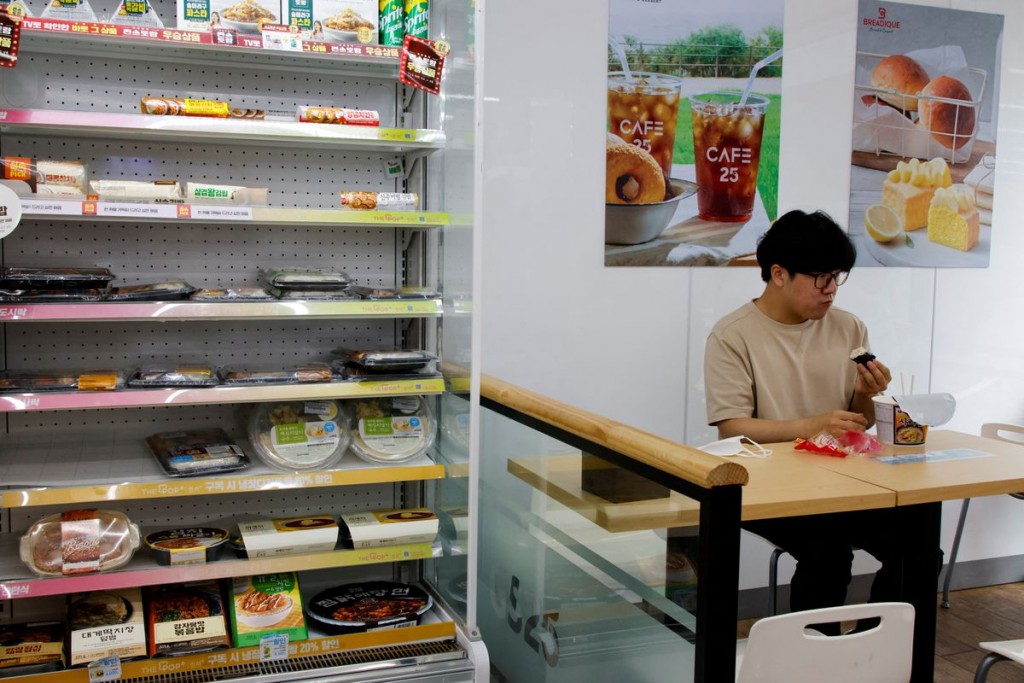 South Korea's consumer inflation sped up to an almost 24-year high in July, data showed on Tuesday, but other figures indicated the rate of price rises may be near a peak.

Bond yields were also pushed lower by a central bank comment that the pick-up in the annual inflation rate to 6.3% in July from 6.0% in June was what it had expected when raising interest rates by an unusually big margin last month.

The July inflation rate was the fastest gain in the consumer price index (CPI) since late 1998 and matched the median forecast in a Reuters survey.

But the core CPI, which ignores food and energy prices, ended a three-month run of successive acceleration, implying a peaking of underlying price pressure.

"It was encouraging that inflation came out as expected," said Kang Seung-won, a fixed-income analyst at NH Investment and Securities, referring to several recent months when inflation tended to exceed market expectations.

Local government bond yields fell across the board on Tuesday, with the benchmark 10-year yield down as much as 12.1 basis points to 3.065%. That was 78.2 basis points lower than a 2022 peak set in late June.

"South Korea's price trend is strongly influenced by the foreign exchange rate and global oil prices, and both are stabilising or falling," Kang said, noting that the dollar/won rate was now about 1% lower than a few weeks ago.

The central bank's statement that the inflation rate was only what it had been expecting was a subtle change in its public assessment of economic conditions.

"Consumer inflation continued to stay at the 6% level in July, which was in line with the last monetary policy meeting's projection on July 13," Deputy Governor Lee Hwan-seok told an internal meeting on Tuesday, according to a central bank statement.

The statement encouraged bets that the Bank of Korea's policy focus would gradually move toward supporting the economy in the near future, if not immediately.

On July 13, the Bank of Korea broke its tradition of raising its policy interest rate by 25 basis points each time, instead lifting it by 50 points. But it promised to would return to the tradition.

The results of a monthly survey by S&P Global of purchasing managers at South Korean manufacturers showed on Monday signs of price pressure peaking.

As concerns about inflation ease, market attention is quickly shifting to mounting signs of the economy, Asia's fourth-largest, losing momentum as global demand for its exports slows and consumers become less keen on future spending.

While South Korea's exports in July were up by a solid 9.4% on a year earlier in dollar value, matching expectations, they were down in volume terms, as they had been in June.

The latest monthly central bank survey index on consumer sentiment dropped in July by the biggest margin in 28 months to its lowest level in 22 months, data showed last week.