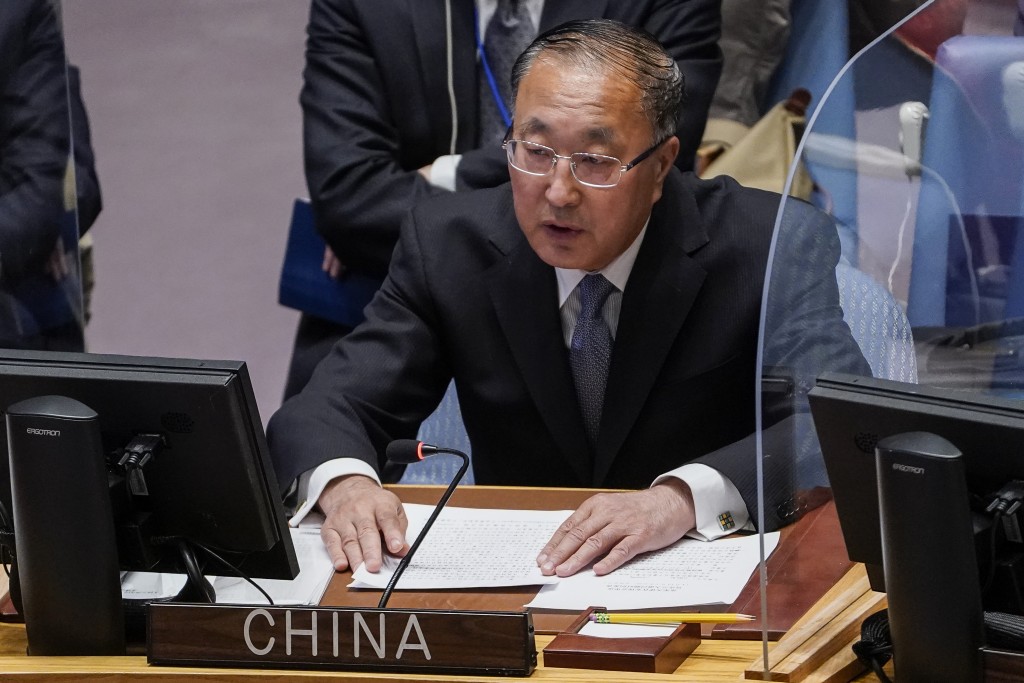 Pelosi was set to visit Taiwan on Tuesday, three sources said, as the United States said it would not be intimidated by Chinese warnings to never "sit idly by" if she made the trip. read more

"Such a visit is apparently very much dangerous, very much provocative," Zhang told a news conference to mark the start of China's presidency of the U.N. Security Council for August. "If such a visit happens it will also undermine the relationship between China and the United States."

He also said that such a visit by Pelosi should not be compared to the last time a U.S. House speaker visited the island claimed by Beijing in 1997.

"An early mistake does not make the following mistake legitimate," Zhang said. "Furthermore the situation in Taiwan is also changing with the support of some external forces."

"Taiwan's tendency towards independence is further developing. If we do not take appropriate, forceful action to stop it ... the situation might be even out of control," Zhang told reporters in New York.

He urged Washington to honor its commitment to the one-China principle, which he said U.S. President Joe Biden reiterated during a call with Chinese leader Xi Jinping last week.

Washington follows a "one-China policy" that recognizes Beijing, not Taipei, diplomatically. But it is obliged by U.S. law to provide the democratically governed Taiwan with the means to defend itself, and pressure has mounted in Congress for more explicit support.

China accused the United States of double standards at the United Nations on Friday for challenging Beijing's sovereignty over Taiwan while emphasizing the principle of sovereignty for Ukraine after Russian forces invaded. read more

Zhang stressed on Monday: "We will do whatever we can to defend our sovereignty and territorial integrity."