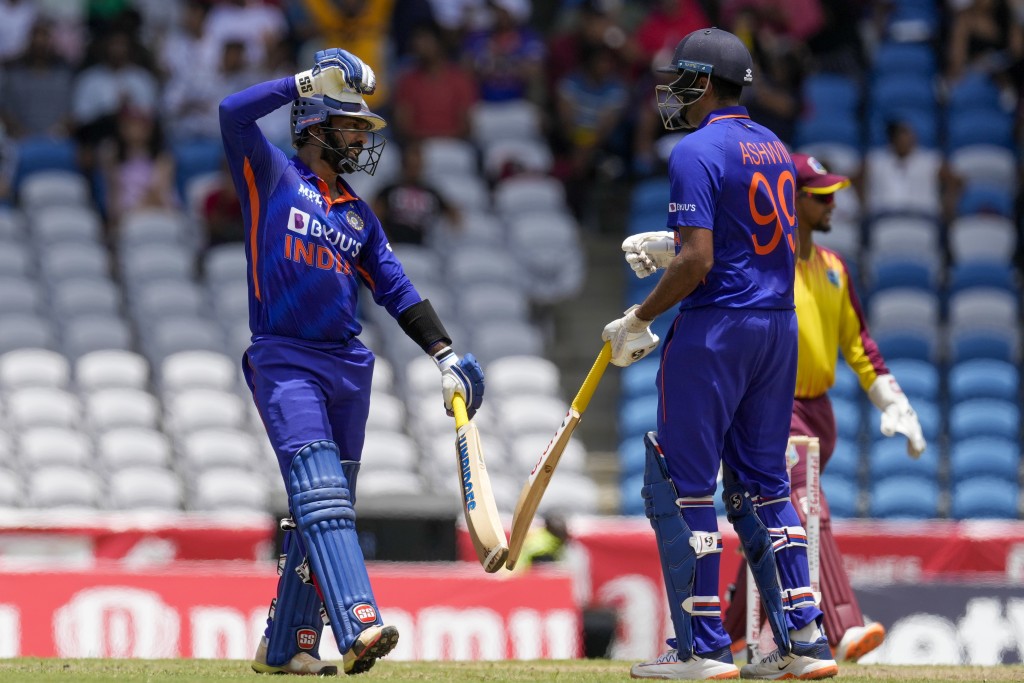 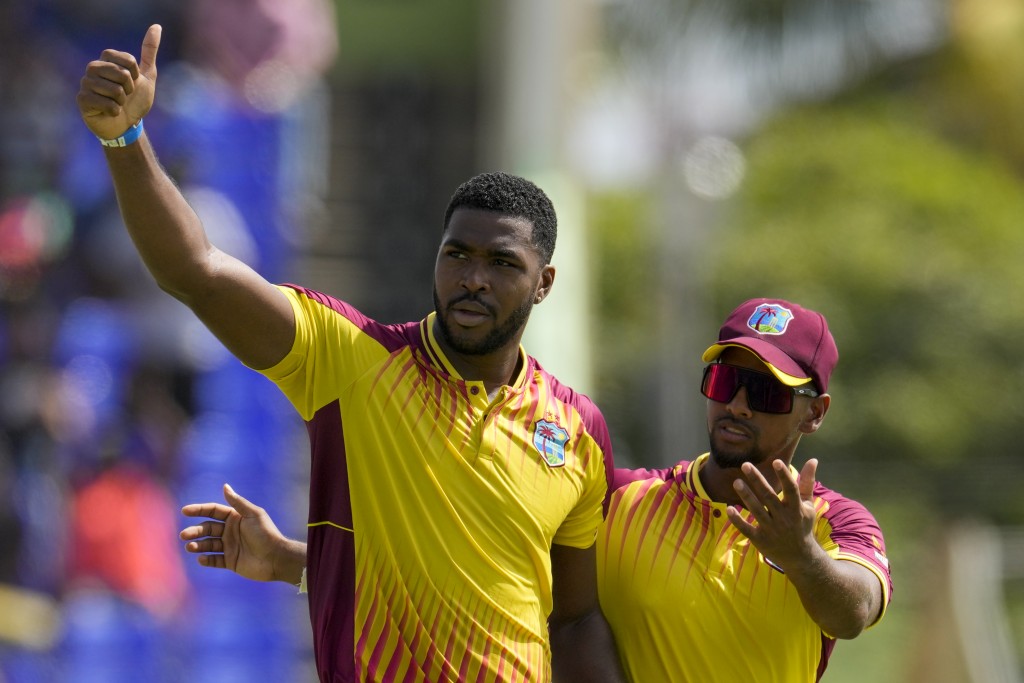 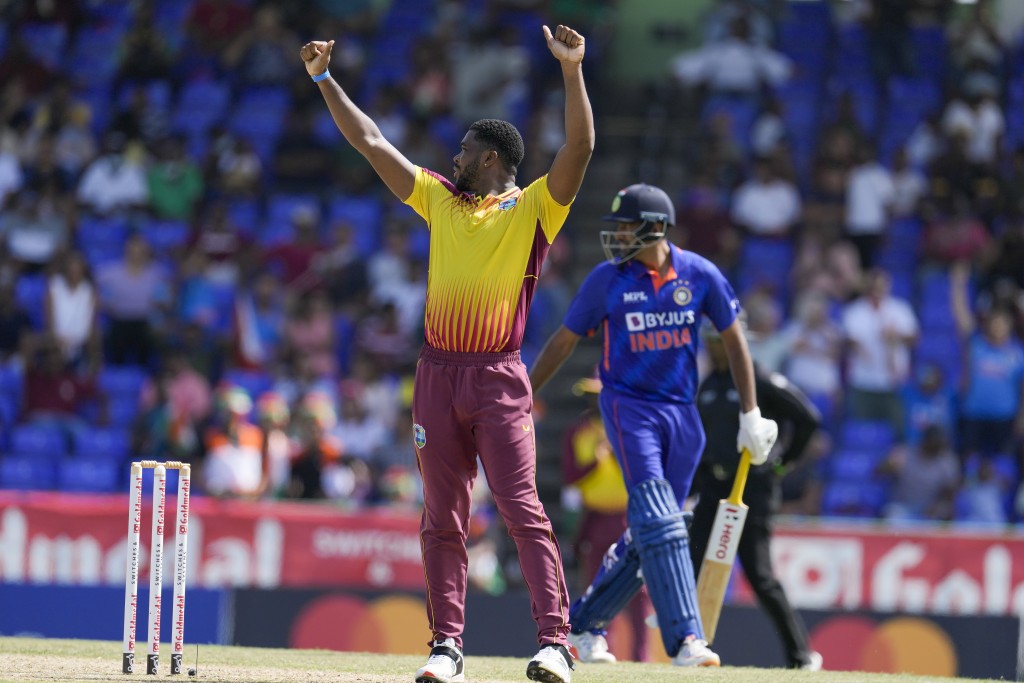 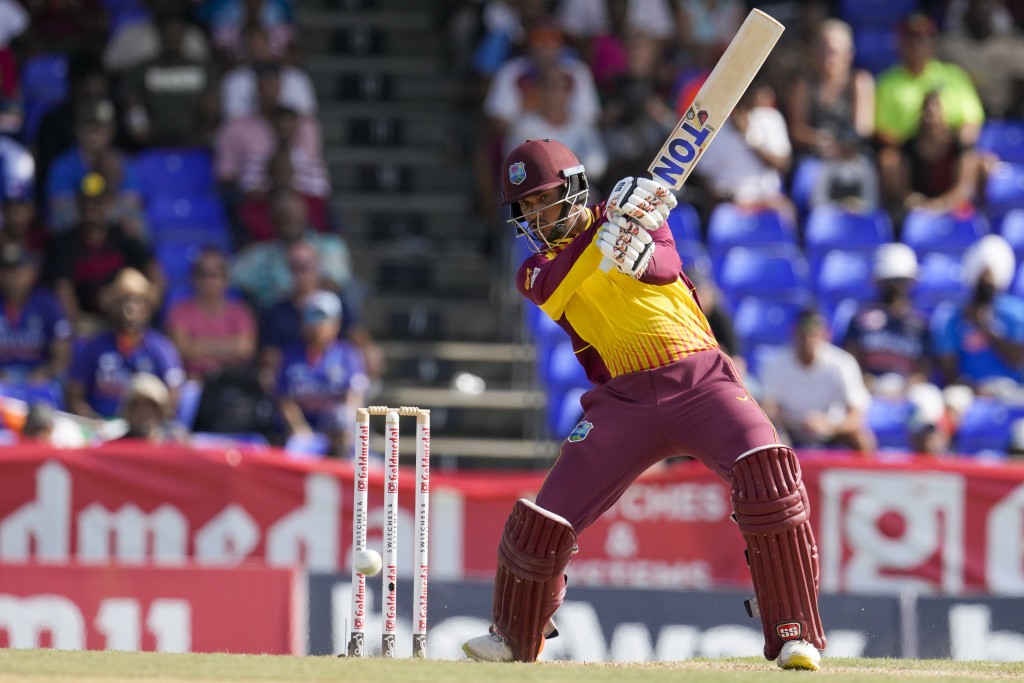 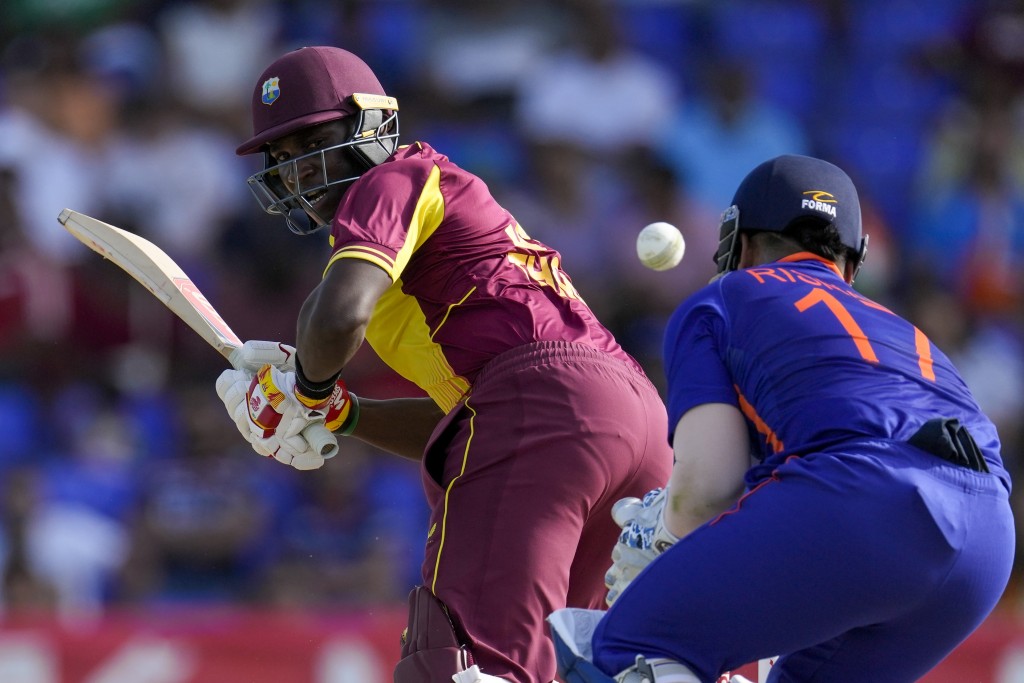 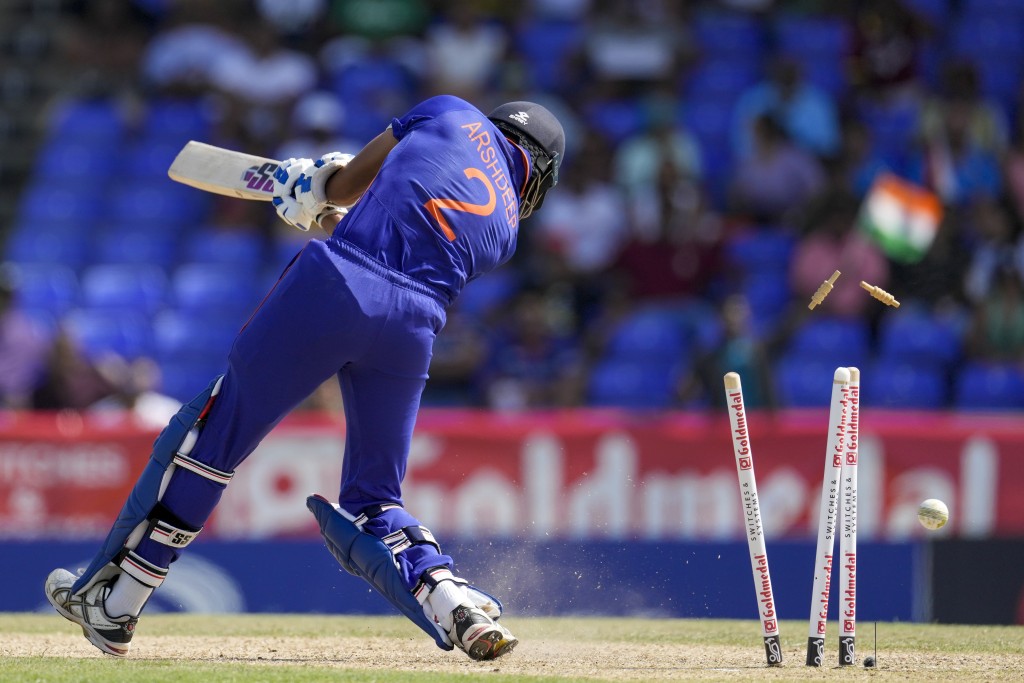 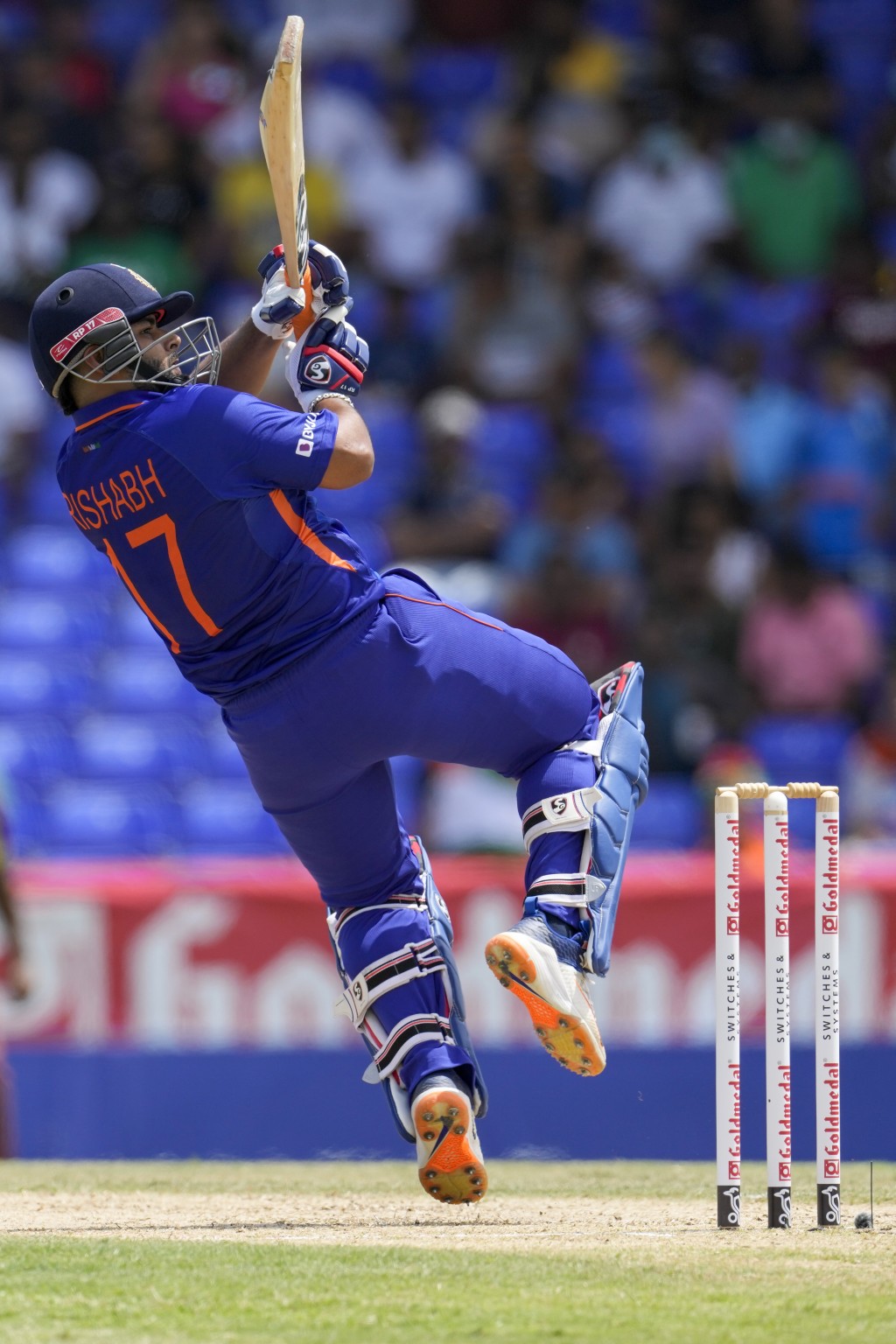 BASSETERRE, Saint Kitts (AP) — West Indies evened its Twenty20 series with India after Obed McCoy skittled the visitors for a record 6-17 in the second match on Monday.

McCoy, a left-arm seamer, produced the best West Indies bowling figures in a T20 to help bowl out India for 138 in 19.4 overs.

West Indies made hard work of the chase in the end at 141-5 in the last over, three days after losing the first match by 68 runs.

The five-match series is at 1-1 with the third game on Tuesday staying in Basseterre.

The change in venue from Trinidad to Saint Kitts invigorated the West Indies, but also caused a three-hour delayed start because of the late arrival in the country of the teams' kit and gear.

Brandon King, in for Shamarh Brooks, crushed the first ball of the chase to the deep point boundary off Bhuvneshwar Kumar.

King's partner, Kyle Mayers, went for 8 in an opening stand of 46, and captain Nicholas Pooran for 14, but after 10 overs West Indies was 73-2 and cruising.

King kept going until the 16th over when he was bowled by Avesh Khan, India's extra seamer for the match. King scored a career-best 68 from 52 balls, eight fours and straight after his second six.

When he left at 107-4, West Indies needed 32 more runs from 27 balls. What should have been a comfortable win turned into a nervy end with 10 needed off the last over.

The finish came quickly when Devon Thomas, West Indies' other change from the first T20, hit a six and four to give them a five-wicket win. Thomas was 31 not out from 19 balls.

“We know Bhuvneshwar, what he brings to the table, but if you don't give opportunity to Avesh or Arshdeep (Singh) you will never find out what it means to bowl at the death for India,” Sharma said. "They have done it in the IPL. (This is) just one game, those guys don't need to panic. They need backing and opportunity.”

Shreyas Iyer slashed at Alzarri Joseph and edged behind, and Rishabh Pant was caught on the boundary after 24 from 12 balls. India was 61-4 in the seventh over but began to crawl.

Joseph, who conceded 17 runs in his first over, rebounded to finish with 1-29.

India went almost six overs without hitting a boundary, and McCoy returned to mop up.

In the 19th over, he got Dinesh Karthik to mistime, Ravichandran Ashwin to hole out in the deep, and Kumar to edge behind. India was 129-9 and McCoy's 6-17 including a maiden over was West Indies' best figures, and the seventh best all-time in T20s.

“Great feeling to do it against a top side like India,” McCoy said. "Went in with a clear mind. Was overthinking in the previous game.”