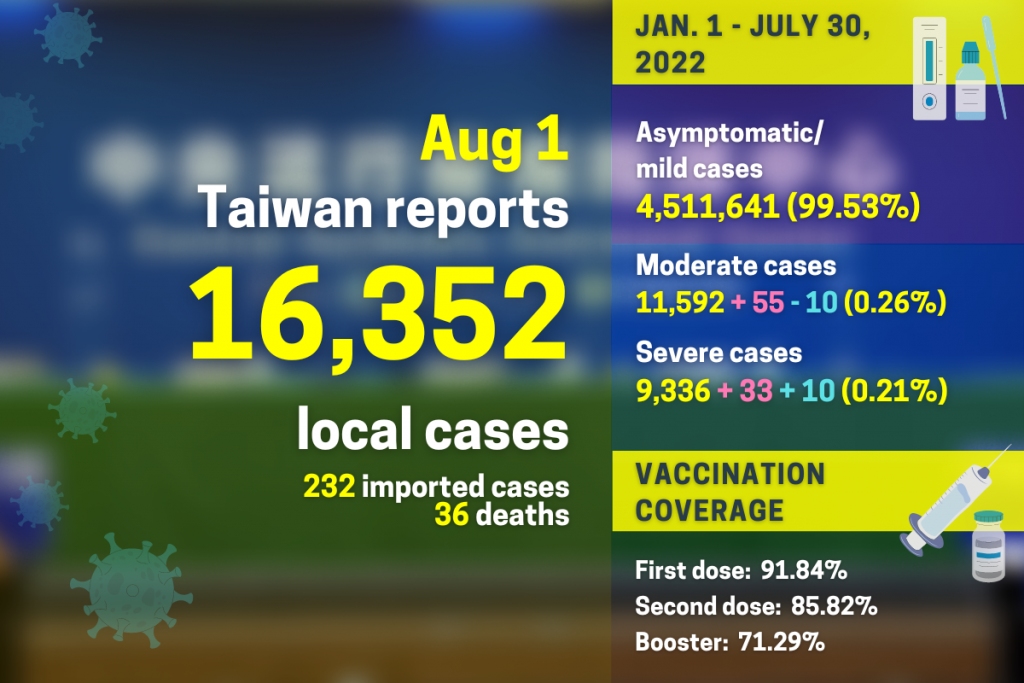 Philip Lo (羅一鈞), deputy head of the CECC's medical response division, confirmed 54 cases of the Omicron subvariant BA.4 and BA.5 among daily new cases, of which 52 were imported. A male from Thailand tested positive for the most contagious Omicron descendant — BA.2.75 — at the border.

The 36 deaths announced on Monday include 19 males and 17 females ranging in age from their 60s to their 90s. All of these individuals were classified as severe cases, 35 had a history of chronic disease, and 21 had not received their third dose of a COVID vaccine. Their dates of diagnosis ranged from May 20 to July 29 and the dates of death were from May 20 to July 29.

The 232 imported cases include 131 males and 101 females ranging in age from under 5 to their 70s. Between July 1 to July 31, five arrived from Austria; four from Vietnam; two each from Japan, Thailand, and Italy; one each from South Korea, the U.S., the Philippines, India, China, and Malaysia. The countries of origin of 211 other cases are still being investigated.

Up until now, 8,963 individuals have succumbed to the disease. Of these deaths, 8,948 contracted the disease locally.