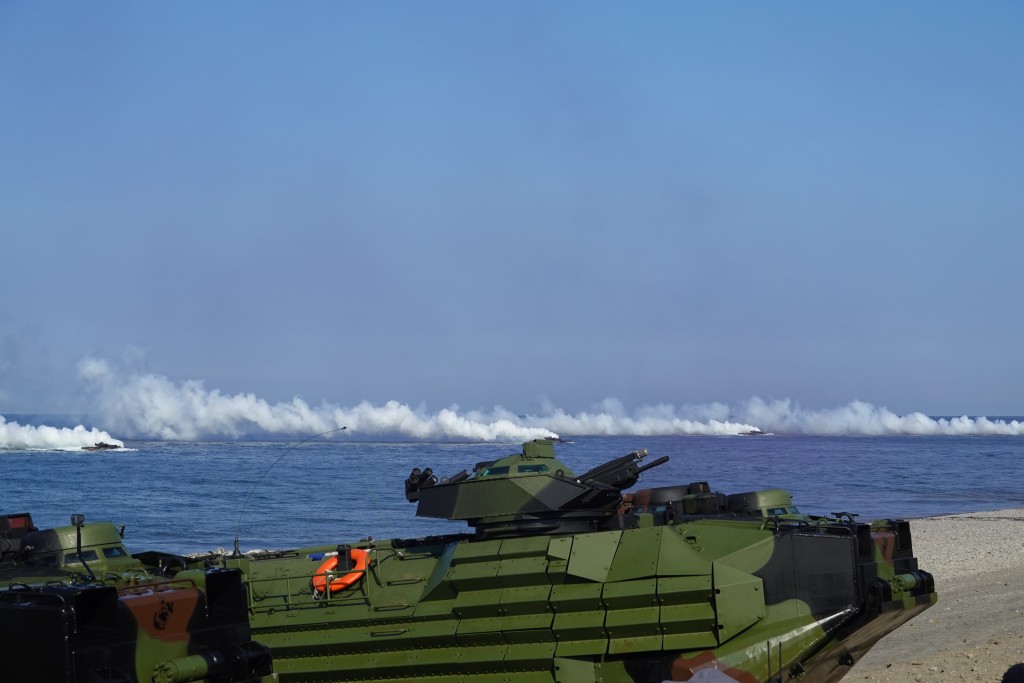 TAIPEI (Taiwan News) — The Taiwan military on Thursday (July 28) deployed warships, fighter planes, armored vehicles, artillery, and missiles integrated with regular and reserve forces in towns and on beaches across the nation for drills on the fourth day of the annual Han Kuang wargames.

Combat rubber reconnaissance craft then carried a company of special forces to seize the beach. Afterward, AAV7 amphibious assault vehicles transported troops from the Marine Corps 99th Brigade onto the beach under the cover of smoke.

The troops then simulated an assault on the beach to recover “occupied” ground.

On Beipu Beach, soldiers from the Army’s mechanized infantry battalion defended against enemy warships attempting to seize the Air Force bases in Hualien and Chiashan via a beach landing.

Twelve CM-21 armored personnel carriers and 171 officers and soldiers were dispatched to carry out intensive attacks under artillery support to block the enemy troops from coming ashore. In the end, Taiwanese forces "annihilated" the "enemy."

The Army's Third Combat Zone also deployed a PsyOps contingent to participate in exercises on Thursday, per CNA. A newly-acquired PsyOps vehicle made an appearance, while drones were also dispatched to drop flyers.

Through these maneuvers, the Army aimed to boost troop morale and cloud the enemy's judgment.