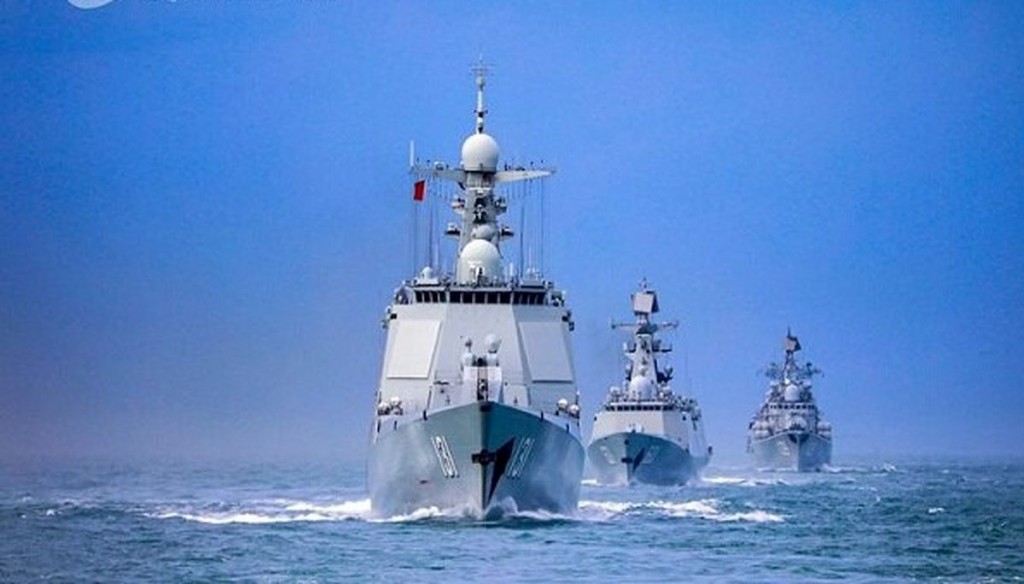 TAIPEI (Taiwan News) — The New York Times on Monday (July 25) released an article citing Biden administration officials expressing concern that China will take military action that would impact Taiwan within the next 18 months, including possibly blockading the Taiwan Strait.

In the report, the newspaper cited U.S. officials speaking on the condition of anonymity that China may "try to move against" Taiwan within the coming year and a half. One of the possible scenarios mentioned was China making good on its claims of sovereignty over the Taiwan Strait by severing access to "all or part" of the vital waterway.

Members of the Biden administration have become increasingly concerned about an aggressive Chinese military response to the possible trip by House Speaker Nancy Pelosi, reportedly slated for August. Publicly, Beijing has issued threats against Pelosi's flight if the trip goes through, with Chinese Foreign Ministry spokesman Zhao Lijian (趙立堅) on July 19 threatening that his country will "definitely take resolute and forceful measures to firmly defend its national sovereignty and territorial integrity."

The sources indicated that there are concerns of increased odds of conflict and miscalculation if the visit goes as planned. The timing of the visit is considered problematic as Aug. 1 is the anniversary of the founding of the People's Liberation Army and backroom meetings are expected to take place that month in Beidaihe to discuss Xi Jinping's (習近平) bid for a third term as party chairman.

On June 13, China's Foreign Ministry Spokesman Wang Wenbin (汪文斌) claimed that Beijing has "sovereignty, sovereign rights and jurisdiction over the Taiwan Strait," and he described the strait as divided into several zones that include "internal waters, territorial sea, contiguous zone, and the Exclusive Economic Zone." The New York Times report cited officials as expressing uncertainty about whether China will soon seek to enforce its sense of sovereignty over the strait.

The newspaper cited Senator Chris Coons of Delaware, a close confidant of Biden, as saying that “there is a lot of attention being paid” to what lessons Beijing may be drawing from the Russo-Ukrainian war and how they may attempt to apply them in real-time. Coons pointed out that one school of thought asserts that the lesson is "go early and go strong" before Taiwan is able to bolster its defenses. He added that, "we may be heading to an earlier confrontation — more a squeeze than an invasion — than we thought."

However, the officials interviewed for the report acknowledged that they had not received specific intelligence pointing to imminent Chinese action against Taiwan. Rather, the report stated that analysts in the U.S. and overseas are assessing the optimal timeframe for China to take more aggressive steps to "undermine Taiwan and the United States."

When asked by the media to comment on Pelosi's trip to Taiwan, Biden on July 20 said, "Well, I think that the military thinks it’s not a good idea right now." The next day, Pelosi paraphrased the president as saying "the military was afraid our plane would get shot down."

Despite concerns over the trip publicly aired by the Biden administration and Pelosi, the visit is pushing forward, according to the sources. If Pelosi does visit Taiwan, she will arrive in a U.S. military aircraft, which will become the focus of China's response.

U.S. officials told the New York Times that such a scenario is "improbable." Nevertheless, if PLAAF aircraft took such action, it would be seen by the U.S. as a "serious escalation."

A Biden administration official was on July 22 cited by CNN as saying that China could try to impose a no-fly zone over Taiwan in an attempt to sabotage Pelosi's visit. The official said another possible response by China to Pelosi's trip could be much deeper incursions into Taiwan's air defense identification zone, "which could trigger a response from Taiwan and the U.S." — although the official did not specify what the response would involve.

Another possibility analysts have listed is that China sends warplanes flying over the median line, as it did when former U.S. Secretary of Health and Human Services Alex Azar visited Taiwan in 2020.

A growing chorus of congressmen has been calling for the visit to move forward, with Representatives Tom Tiffany and Scott Perry on July 22 penning a letter to Pelosi calling on her to rebuke the objections of Beijing and President Biden and go ahead with her scheduled trip to Taiwan. Representative Don Bacon on July 24 posted a tweet in which he wrote: "Communist China does not get to dictate who in America can visit Taiwan," while Representative Brian Fitzpatrick uploaded a tweet in which he urged Pelosi to "show strength and not cower to the bullying of the Chinese Communist Party."

That same day, former U.S. Secretary of State Michael Pompeo posted a tweet in which he directly addressed Pelosi's Twitter account and wrote "Nancy, I'll go with you." He added that he is banned in China "but not freedom-loving Taiwan" and closed by typing "I'll see you there!" On Monday morning (July 25), Democratic Progressive Party Legislator Wang Ting-yu (王定宇) posted a comment beneath Pompeo's tweet in which he wrote: "Ok... We are looking forward to seeing you both here in Taiwan."