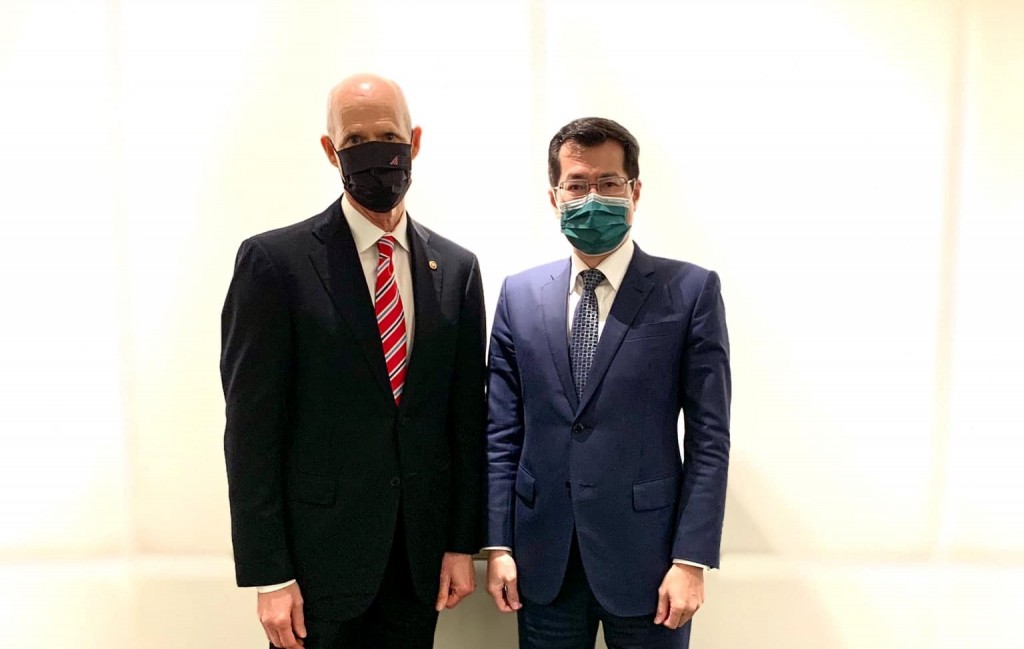 In an hour-long conversation between the two, Lo said he could tell the senator, who arrived in Taiwan on July 7, truly supports the nation. Lo said Scott also heavily criticized China.

The senator said that his national security adviser showed him Beijing’s protest of his visit to Taiwan, but he was completely unmoved, according to Lo.

The DPP legislator emphasized that it is only with so many international allies from the U.S., Japan, and the rest of the world, who adhere to their beliefs and stand firm, that Taiwan can continue to be seen and heard in the international community.

Meanwhile, in response to Taiwan's air defense identification zone incursions by China that occurred during Scott's visit, the senator tweeted, "I strongly condemn Communist China’s military aggression toward Taiwan. These shameful intimidation tactics will never weaken my unwavering commitment to supporting freedom and democracy for all and protecting the national security interests of the United States.”

Scott has introduced several Taiwan-friendly bills in the U.S. Senate, including the Taiwan Invasion Prevention Act in February and the Deterring Communist Chinese Aggression Against Taiwan Through Financial Sanctions Act last March.

In May, the senator signed a joint letter initiated by the Senate Foreign Relations Committee, calling on U.S. President Biden to include Taiwan in the Indo-Pacific Economic Framework. He also signed two joint letters supporting negotiations between Taiwan and the U.S. for a bilateral trade agreement.