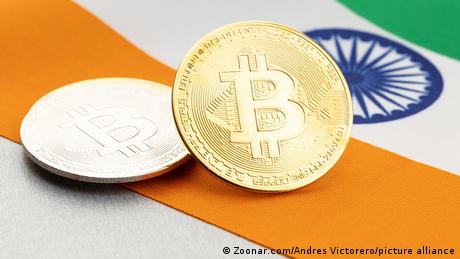 Divya Agarwal is a Mumbai-based business professional who had been looking forward to investing some savings in cryptocurrency, but then the crypto crash of 2022 changed her mind.

"I was keeping a portion to invest in crypto after, of course, understanding it better," she said. "Now it seems unnecessary."

The dollar value of cryptocurrencies has plummeted since the beginning of the year, along with the price of tech stocks and other equities as inflation concerns have seen central banks tightening monetary policy.

The value of other popular coins has also plummeted.

The India-based Ethereum cryptocurrency Polygon (Matic) has fallen from $2.87 to $0.50 in the last seven months.

The total market capitalization of cryptocurrencies went from nearly $3 trillion in November 2021 to $983 billion as of this week, according to data from CoinMarketCap.

This turmoil in the market had reverberated across the industry as companies carry out mass layoffs in a struggle to stay afloat.

In India, the trading platform Coinbase laid off 8% of its employees in June. Coinbase had launched in India only three months ago.

Aakansha (who uses only one name) is building Beetroot, an app that facilitates messaging and trading crypto assets between two parties.

She told DW that she has seen a drop in venture capitalist money in the Indian crypto market lately.

"Lack of clarity from the Indian government has made it more difficult for people to be invested in this space for the long term," she said.

How wary are Indian investors?

Some financially prudent Indians have been rattled by the recent volatility of the crypto market.

At the same time, some investors remain optimistic.

"I have kept my crypto investment and I am bullish about the future," said Mumbai-based academic and investor Prachi Gawde, despite the setback in her investments caused by the recent crash.

However, Gawde told DW she is strict about keeping her crypto investments to less than 5% of her entire investment portfolio.

"Indian investors are now taking a more HODL approach to crypto," said Sanjana (who goes by one name), co-founder of Metastart, one of India's first Web3 venture studios.

HODL is a term used to describe holding on to an asset and not selling despite price swings.

It should also be mentioned that the price of Bitcoin is still double what it was in July 2020 before the price skyrocketed at the end of that year.

"In the previous bull market, there was a lot of trading activity. But with the 1% TDS and 30% tax with no loss harvesting, investors are taking longer bets in the hopes of liquidating assets in better market and regulatory conditions," Sanjana said, referring to India's new digital asset regulation laws.

What does the future hold for crypto in India?

There is also fear among Indian cryptocurrency enthusiasts that, like China, the government would ban digital coins outright.

For example, the Reserve Bank of India (RBI) has been critical of cryptocurrency. In a recent report, RBI Governor Shaktikanta Das called cryptocurrencies a "a clear danger" with a "potential to disrupt financial stability."

Sanjana pointed to these kinds of regulatory concerns as reasons behind some investors and professional traders shifting outside of India. "There is definitely an exodus of crypto power in India," she said.

But despite this, India's government is also planning its own Central Bank Digital Currency (CBDC), which was introduced in the Union Budget 2022.

The Indian crypto community sees India's digital currency plan to be a step in the right direction. The announcement came at a time when central banks around the world, including the US Federal Reserve, are debating developing their own digital currencies.

Yet, there remains some skepticism regarding India's digital coin, especially from people working with cryptocurrency.

"From recent statements, it seems RBI's CBDC plan is aimed at curtailing the spread of crypto in the country," said Sanjana.

"I reckon this is probably because the government has no plans of recognizing the positive impact crypto adoption would have," she added.

"With this attitude, investors would be better off being guarded in their visible exposure to crypto at least while residing in the country for the near future."