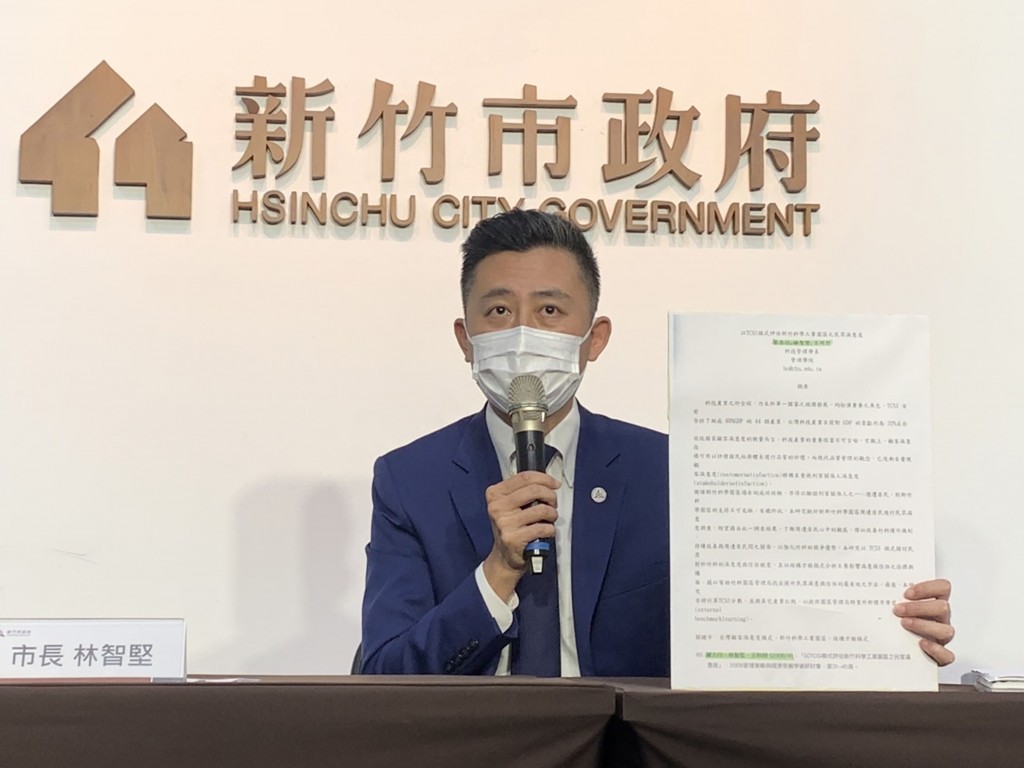 Lin, who was nominated by the Democratic Progressive Party (DPP) as its candidate for the Taoyuan City mayoral elections, faces accusations that he plagiarized text and data for two of his theses, including one for the NTU submitted in 2017. Lin has rejected the charges, describing them as smear tactics by the opposition Kuomintang (KMT) to derail his bid for Taoyuan mayor.

After two members of the Taipei City Council filed complaints with NTU accusing Lin of plagiarism, the university said it was asking a committee to look into the allegations. A report is expected to be completed within two months, according to UDN.

The result of the investigation could thus arrive in September, before the Nov. 26 election date. The departure of Lin, 47, from Hsinchu City, where he has been mayor since 2014, came as a surprise.

In Taoyuan City, he will be facing KMT candidate Simon Chang (張善政), a former premier whose nomination faced opposition from local politicians who had wanted to run.

Wednesday morning, Lin’s attorney filed legal action for slander against KMT Taipei City Councillor Wang Hung-wei (王鴻薇), who had accused him of plagiarism in a 2008 master’s thesis for Chung Hua University, per CNA.