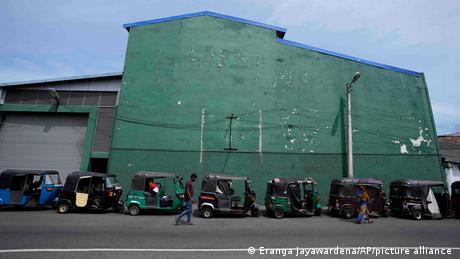 Sri Lanka is bankrupt and its unprecedented economic crisis is set to last until at least the end of next year, Prime Minister Ranil Wickremesinghe told lawmakers in parliament on Tuesday.

Wickremesinghe said the island nation's bailout talks with the International Monetary Fund (IMF) were reliant on finalizing a debt restructuring plan with creditors by August.

He said that recent discussions with the IMF sparked hope "but this time the situation is different. In the past, we have held discussions as a developing country."

"We are now participating in the negotiations as a bankrupt country. Therefore, we have to face a more difficult and complicated situation," he said as he explained a possible roadmap for recovery from Sri Lanka's worst economic crisis since it gained independence from Britain in 1948.

"Due to the state of bankruptcy our country is in, we have to submit a plan on our debt sustainability to them separately. Only when [the IMF] are satisfied with that plan can we reach an agreement."

The island nation's 22 million people have suffered months of surging inflation and lengthy power cuts after the government ran out of foreign currency to import essential goods.

In light of the news, the UK government warned against travel to the island nation, saying it was experiencing "shortages of basic necessities including medicines, cooking gas, fuel and food."

Debts of more than $50 billion

With debts of more than $50 billion (€48.5 billion) owed to foreign creditors, Sri Lanka is fast running out of gasoline, medicine and food.

Last month, the Sri Lankan government rationed the supply of fuel to essential services such as transport, health and food deliveries in an effort to "conserve the little reserves we have," the government said.

Schools are closed all week, and the government has asked employees not working in essential services to stay home.