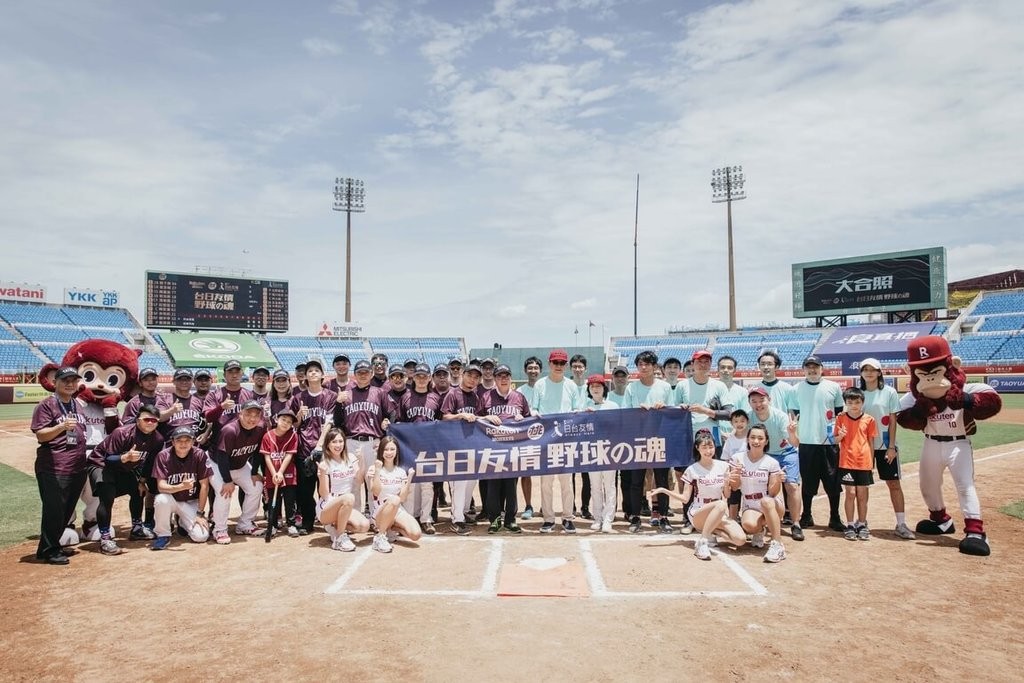 TAIPEI (Taiwan News) — Taoyuan’s baseball team, the Rakuten Monkeys, faced off with a team from the Japan-Taiwan Exchange Association, Japan’s representative office in Taiwan, in an exhibition game on Sunday (July 3).

Cheng and Hiroyasu Izumi, the head of the Japan-Taiwan Exchange Association Taipei Office, led their teams onto the field. During the game, they also shared interesting tidbits regarding cultural and sports exchanges between the two countries over the years.

Cheng first congratulated the Japan-Taiwan Exchange Association on its 50th anniversary. He said that both sides are still actively using video and other means to establish economic, trade, and educational connections as the pandemic continues.

He also said he hoped that cultural exchanges and tourism between Taiwan and Japan will return to pre-pandemic levels once borders fully reopen: “I hope today’s baseball game will open all of our hearts after the pandemic and strengthen the Taiwan-Japan friendship.”

Izumi said that baseball is a common language between Japan and Taiwan. He thanked the city government and Rakuten Monkeys for the exhibition game.

With the epidemic winding down, Japan and Taiwan cannot wait to resume exchanges, Izumi said. He added that he believes this year will be a very meaningful year for bilateral relations.