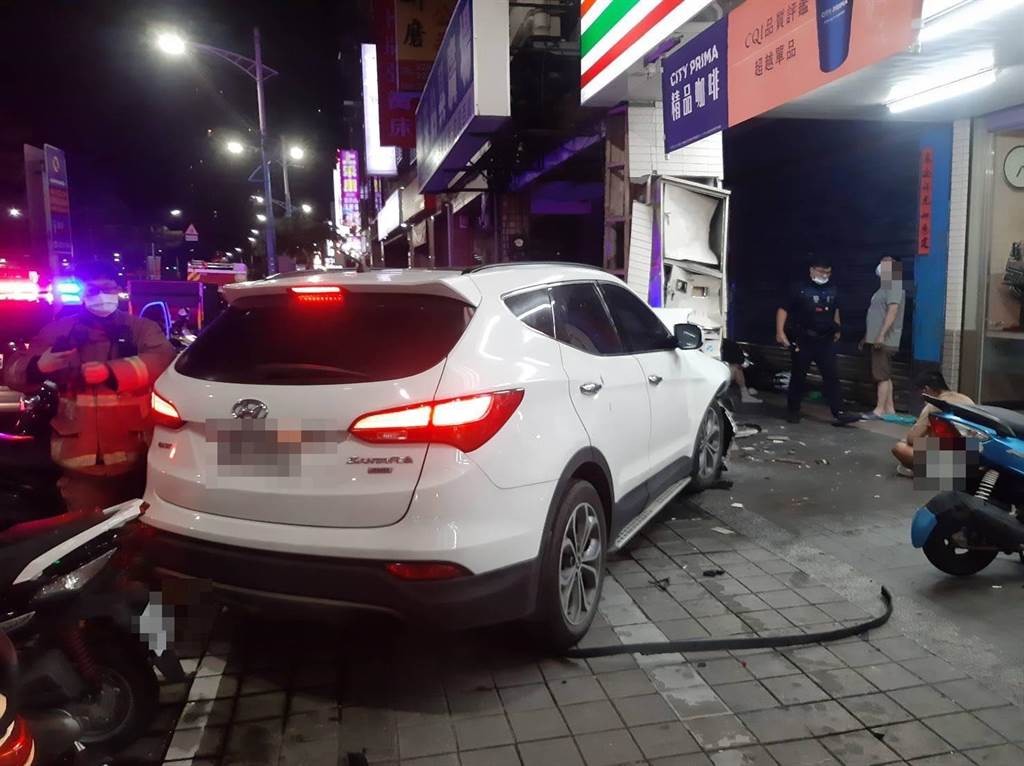 TAIPEI (Taiwan News) — Six people suffered injuries after a taxi collided with an SUV and caused it to careen onto a sidewalk in New Taipei City on Sunday (July 3).

The SUV first struck a 40-year-old man surnamed Lo, who was waiting on his scooter to make a turn at the intersection. The vehicle then plowed forward onto the sidewalk in front of a 7-Eleven convenience store before coming to a halt when it smashed into a pillar. 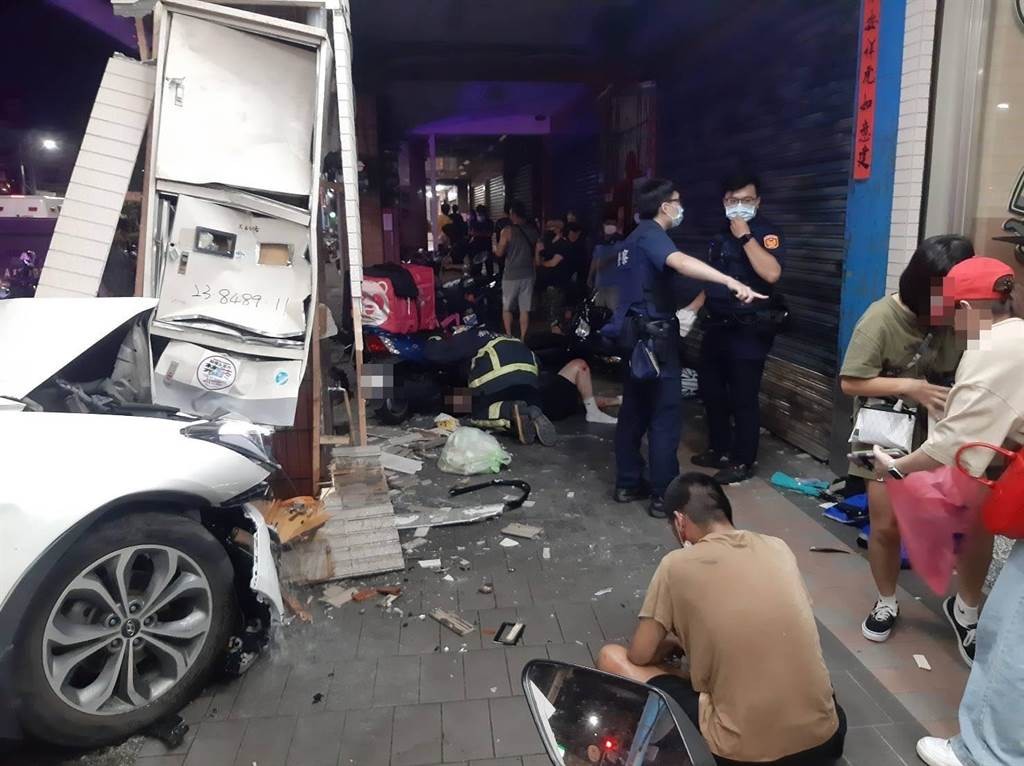 In the process, passersby surnamed Hsu (許), Lin (林), and Chen (陳) were injured, while 10 parked vehicles were also damaged.

The three injured pedestrians were immediately rushed to nearby hospitals. The SUV driver surnamed Chen complained of an injury to his palm, Lo reported experiencing shoulder pain, and Chang said that he had chest pains. 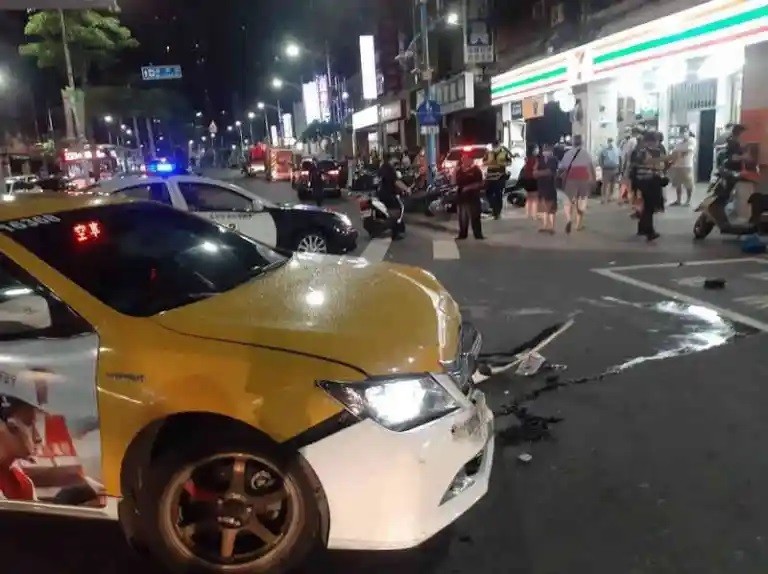 All six were eventually taken to hospitals in the area, but none of their injuries were deemed to be life-threatening.

According to a preliminary investigation, Chang failed to wait for a left turn signal before turning onto Minzu Road. Police said that neither driver had been operating their vehicles under the influence of alcohol.