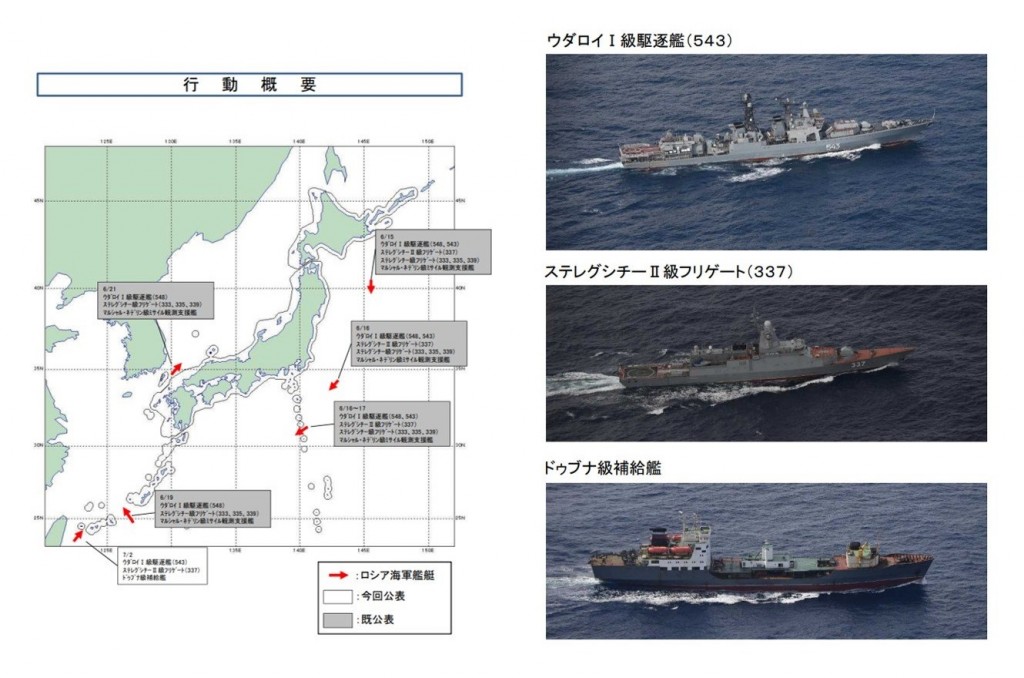 TAIPEI (Taiwan News) — The Japanese navy has confirmed that three Russian warships sailed past Taiwan and Okinawa on Friday (July 1).

According to the Joint Staff Office of Japan’s Ministry of Defense, the three vessels were sighted approximately 70 kilometers south of Yonaguni and made their way northeast through waters between Yonaguni and Iriomote Island. The vessels were identified as Udaloy-class destroyer Marshal Shaposhnikov, Gremyashchiy-class corvette Gremyashchiy, and a Dubna-class tanker.

The Marshal Shaposhnikov and Germyashchiy were first sighted 280 km southeast of Cape Erimo, Hokkaido on June 15, then 180 km southeast of Inubosaki, Chiba Prefecture on the morning of June 16. By the evening, the vessels were sailing southwest between Sumisu Island and Tori-shima.

The Japanese navy has been tracking the activities of Russian ships with Mashū-class replenishment ships and a Lockheed P-3 Orion anti-submarine and maritime surveillance aircraft, wrote the Joint Staff Office.