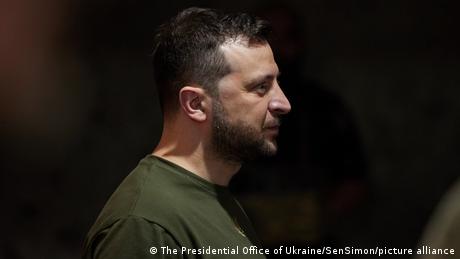 This article was last updated at 01:25 UTC/GMT

The US Defense Department does not believe there is any credence to Russia saying its retreat from Snake Island was a gesture of goodwill, said a senior American official on Friday.

"We view this development as that the Ukrainians were very successful at applying significant pressure on the Russians, including by using Harpoon missiles that they recently acquired to attack a resupply ship," the official said.

According to him, the Ukrainians made it very hard for the Russians to sustain their operations there and made them very vulnerable to Ukrainian strikes. "So, that of course, is why Russia left the island," the official said.

The official, who was not named but whose comments were published on the DOD website, said that reclaiming Snake Island would make it easier for Ukraine to defend Odesa and to open shipping lanes in the future with Russia no longer controlling the island in the Black Sea.

"Three missiles hit an ordinary residential building, a nine-story building in which no one hid any weapons, military equipment or ammunition, as Russian propagandists and officials always tell about such strikes," Zelenskyy said.

The Ukrainian president called the attack "a deliberate, purposeful Russian terror, not some mistakes or an accidental missile strike."

Zelenskyy also said that he was grateful to the United States of America and personally to US President Joe Biden for the new support package for Ukraine announced today, which includes NASAMS surface-to-air missile systems.

"An anti-aircraft missile complex that will significantly strengthen our air defense. We have worked hard for this supply. In total, this package is worth 820 million dollars and, in addition to NASAMS, also includes artillery munition and radars," Zelenskyy said.

Recap of key events on Friday

Ukraine's army accused Russia of carrying out strikes using incendiary phosphorus munitions on Snake Island Friday, just a day after withdrawing its forces from the rocky outcrop in the Black Sea.

Ukraine has called on Turkey to detain a Russian-flagged ship carrying several thousand tons of grain which Kyiv claims Russia has stolen.

The Ukrainian soup borscht — which in 2023 was set to be added to the UN's list of endangered cultural heritage items — has had its inscription hastened by the "negative impact on this tradition" caused by the war, UNESCO said.

European Commission President Ursula von der Leyen said on Friday that "massive investments" would be needed for the reconstruction of Ukraine, but the country's path to EU membership would go "hand in hand" with that process.