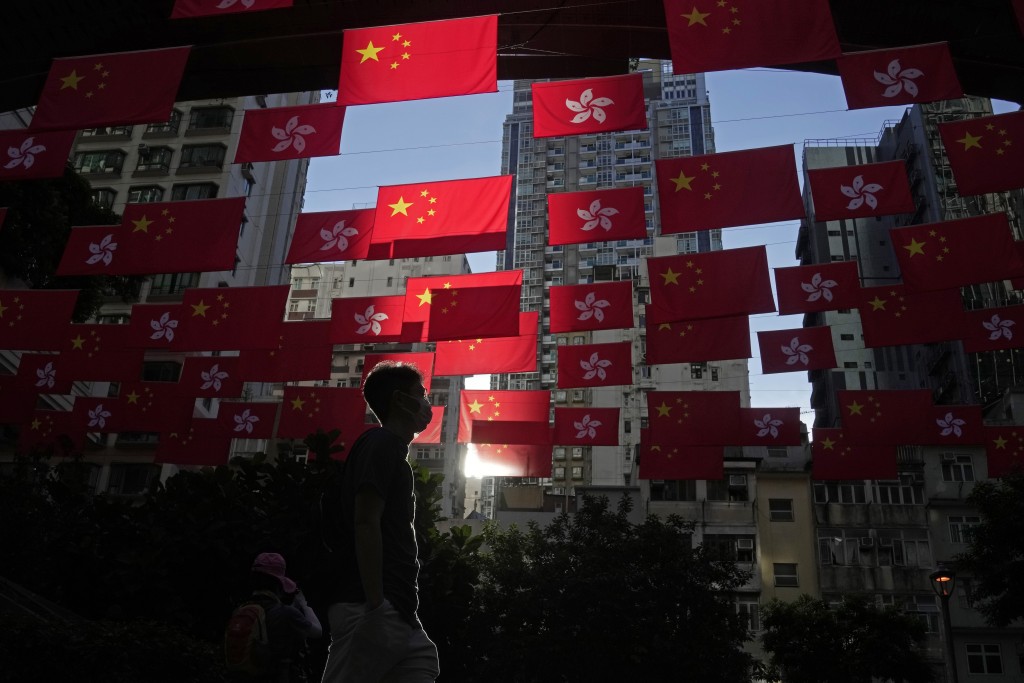 TAIPEI, July 1 (Reuters) - Freedom in Hong Kong has "vanished" and China has failed to live up to its promises of 50 years without change, Taiwan Premier Su Tseng-chang said on Friday, the 25th anniversary of the city's return to Chinese rule.

Chinese President Xi Jinping is in Hong Kong to swear in its new leader, former security chief John Lee, who is sanctioned by the United States over his role in implementing a national security law there.Read full story

Most people in Chinese-claimed Taiwan have shown no interest in being run by Beijing, and the government has repeatedly rejected China's offer of "one country, two systems" to rule the island, as with Hong Kong and Macau.

Speaking to reporters in Taipei, Su said promises that life would go on as normal for Hong Kong after the handover had not been kept.

"It's only been 25 years, and in the past the promise was 50 years of no change. The 'dancing will go on and horses still run' has disappeared, and even freedom and democracy have vanished," he added, referring to a Hong Kong expression about how life would not change under Chinese rule.

"We also know that we must hold fast to Taiwan's sovereignty, freedom and democracy," Su added. "China's so-called 'one country, two systems' has simply not stood up to the test."

Anti-government protests in Hong Kong, followed by a crackdown and imposition of the harsh national security law have be widely condemned in democratic Taiwan. Beijing and the Hong Kong government say the law was necessary to restore stability to the city.

Britain returned Hong Kong to Chinese rule on July 1, 1997, under a "one country, two systems" formula which guarantees wide-ranging autonomy and judicial independence not seen in mainland China.

Critics of the government, including Western nations, accuse authorities of trampling on those freedoms, which Beijing and Hong Kong reject.

China has been stepping up its military and political pressure to get Taiwan to accept Chinese sovereignty. Taiwan's government says only the island's people can decide their future.