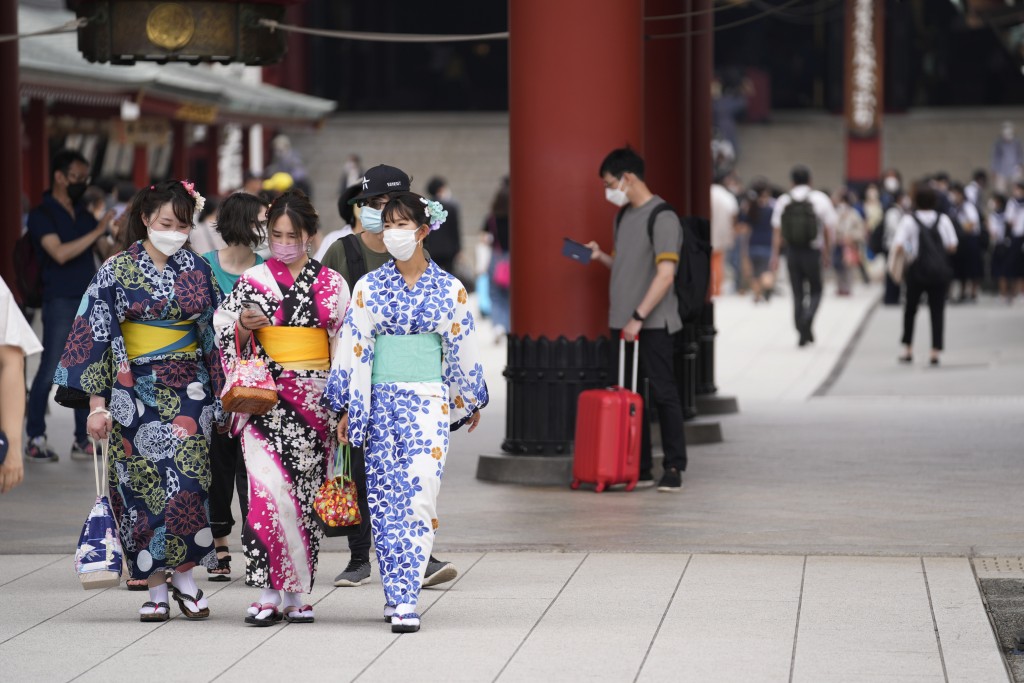 But confidence among big non-manufacturers improved in the quarter, the "tankan" quarterly survey showed, suggesting service-sector firms are shaking off the drag from the pandemic as the government lifts curbs on activity.

Firms expect to ramp up capital expenditure and are steadily passing on costs to consumers, the tankan showed, suggesting the economy remains on course for a moderate recovery.

Analysts, however, warn of a murky outlook as growing fears of a U.S. economic slowdown and steady price hikes for daily necessities weigh on exports and domestic consumption.

"But manufacturers expect to see profits fall, which could affect their spending plans ahead. Rising input costs and prospects of slowing U.S. growth also cloud the outlook."

In a sign of mounting inflationary pressure, separate data showed core consumer prices in Japan's capital Tokyo - a leading indicator of nationwide trends - rose 2.1% in June from a year earlier to mark the fastest pace of increase in seven years.

The tankan's headline index gauging big manufacturers' mood slipped to plus 9 in June from plus 14 in March, hitting the lowest level since March 2021. It compared with a median market forecast of plus 13.

The big non-manufacturers' sentiment index improved to plus 13 in June from plus 9 in March, just below a median market forecast of plus 14.

In a sign more companies were able to pass on rising costs to consumers, an index measuring output prices hit the highest level since 1980 for big manufacturers and the highest since 1990 for big non-manufacturers, the tankan showed.

Big companies expect to increase capital expenditure by 18.6% in the current fiscal year ending March 2023, much higher than a median market forecast for an 8.9% gain.

Policymakers are hoping that consumption will rebound from the pandemic's drag and offset the weakness in manufacturing activity. But the yen's recent plunge is pushing up prices of imported fuel and food, adding pain for households.

That compares with the BOJ's current forecasts, made in April, that core consumer inflation will hit 1.9% in the current fiscal year ending in March 2023 before slowing to 1.1% the following year.

Many analysts expect the BOJ to revise up this fiscal year's core consumer inflation forecast above 2% when it produces fresh quarterly projections at an upcoming meeting on July 20-21.

Some analysts, however, doubt whether inflation will keep accelerating at the current pace.

"I expect inflation to stay at the current level through year-end but peak out thereafter," said Takeshi Minami, chief economist at Norinchukin Research Institute.

"Other major economies are tightening monetary policy, which could trigger a global recession. If that happens, the BOJ will lose a chance to normalise policy and instead could be forced to ease again."